How one woman travelled to more than 100 countries An "extreme traveller" who at the age of 30 has visited well over 100 countries said her wild journey started in Australia.

﻿Katelyn Jarvis ﻿was bitten by the travel bug when she studied abroad in Victoria as a university student.

The US citizen ﻿has now visited 150 United Nations countries, firmly placing her in the exclusive 'Travellers Century Club', a group for people who have ventured to more than 100 countries or territories.

READ MORE: Baggage handlers stood down after being filmed hurling luggage in Melbourne

"I look back at my time in Melbourne and I think about how differently the trajectory of my life would be had I not chosen to study abroad there," Jarvis told 9news.com.au. 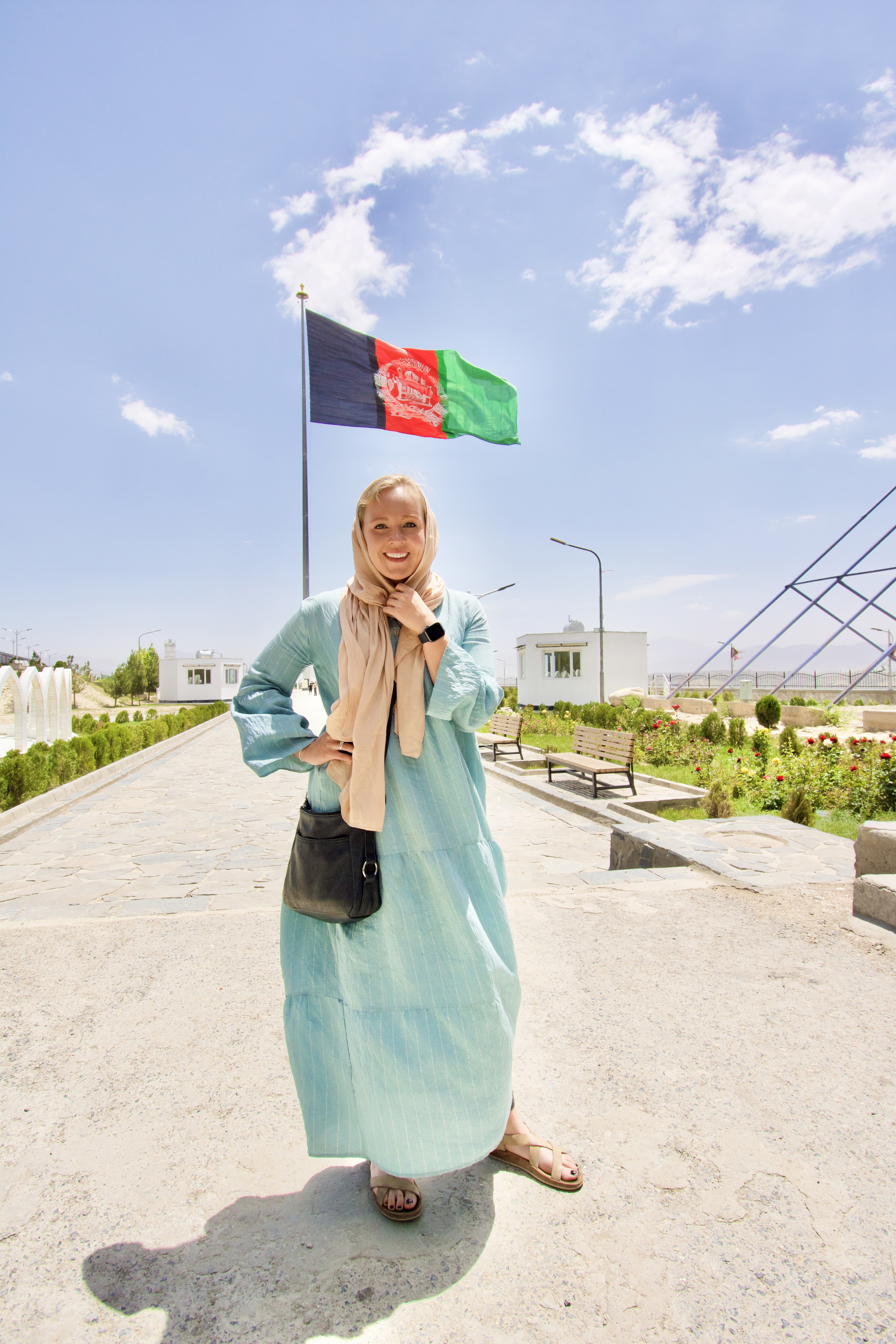 Jarvis travelled to about 80 per cent of these countries solo – enjoying different cultures and doing non-profit service work.

"The Travellers Century Club is an incredible community of trailblazers," she said.

"I am inspired by the people I have met through this club, mostly because they were travelling before much of the technology we have today.

"Every time I meet with these intrepid travellers, I leave feeling inspired."

Jarvis has achieved her travel goals through hard work and some sacrifice.

To finance her trips, she worked three jobs and used credit card points to jet set to different countries.

She has slept on airport floors, skipped the luggage check in and opted for the cheapest form of transport in order to achieve her goals.

"Take the cheapest mode of transportation, sleep on airport floors, stay in guesthouses, couch surf, walk if you are able, do not spend a lot of money on alcohol (and) do not check luggage on planes﻿," she said.

When she is travelling, Jarvis books a mixture of hostels, guesthouses and cheap hotels in order to stretch her travel funds.﻿

It is also about knowing where to travel and the best places for your budget.

"The cheapest place I have visited is Vietnam," Jarvis said.

"It is so cheap to travel, eat, and sleep in this country.

"It is also incredibly beautiful." 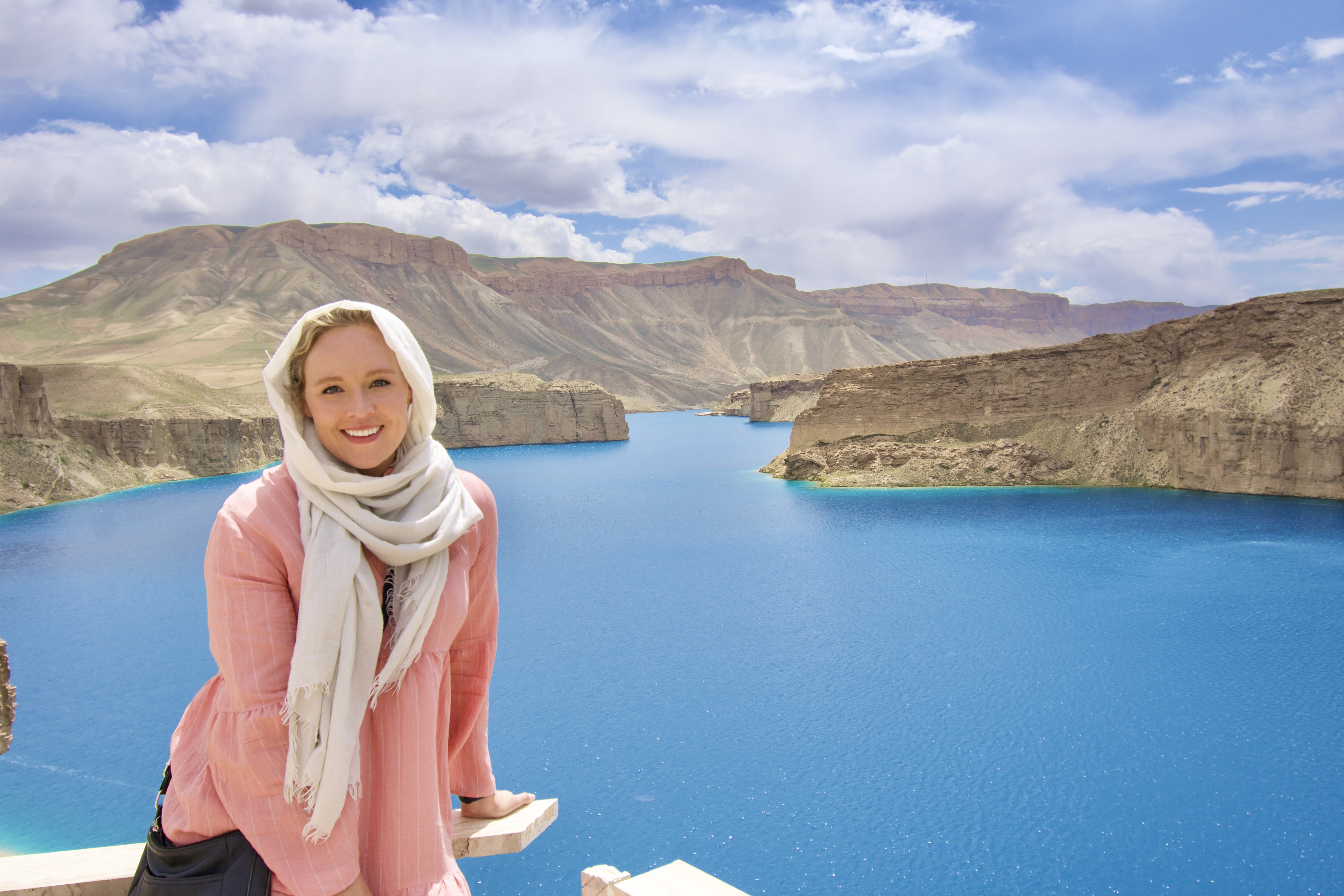 Jarvis said the most expensive ﻿place for her was the Caribbean Islands.

"Accommodation is expensive and logistically it's not very easy to navigate," she said.

"I believe it has gotten better since 2018 when I visited, but there are definitely places you can travel to for cheaper.﻿"

Jarvis believes one particular tourist hotspot, visited by millions of people a year, is only worth one visit.

"Dubai, in my opinion, is overrated," she said.

"I think it is a place that people should try and see once in their life, but there really is not a need to go back in my opinion.﻿"

READ MORE: The return of the billion-dollar backpackers

The traveller said while "there has not been a country I did not enjoy" her favourite places are in the Northern African region.

This includes places such as Algeria, Tunisia, Morocco, Egypt, and Libya.

Jarvis has 16 countries left to visit in Africa and these locations are next on her list.

"I will probably head to Angola and Namibia next, then hop across the continent to Mozambique and Malawi," she said.

The extreme traveller said there is another place she looks forward to returning to.﻿

"I cannot wait to come back to Australia," she said.

The fight to reclaim $1.8m lost to an international investment scam