Court documents unsealed after the suspect in the November fatal stabbings of four University of Idaho students made his first court appearance in Idaho reveal the timeline for how Bryan Kohberger went from being on law enforcement radar to becoming the man charged with four counts of first-degree murder and one count of burglary.

Below is a timeline from the documents.

Ethan Chapin and Xana Kernodle returned to the King Road house, where Kernodle was living, at about 1.45am after visiting the Sigma Chi house on the University of Idaho campus.

They visited a food truck and then an unnamed person gave them a ride at about 1.56am to the King Road house, where they were living.

Two unharmed roommates identified in the affidavit as DM and B. said everyone was home by 2am and in their rooms by 4am.

The suspect’s vehicle, a white sedan, was seen on Washington State University surveillance cameras travelling away from campus at about 2.53am.

Kernodle received a DoorDash order at about 4am.

Unharmed roommate DM was awoken at about 4am to what sounded like Goncalves playing with her dog in a bedroom on the third floor.

Mobile phone records show that it might have been Kernodle who made the statement.

DM reported thinking she heard crying from Kernodle's room and heard a male voice saying something like, “it's ok, I'm going to help you.” 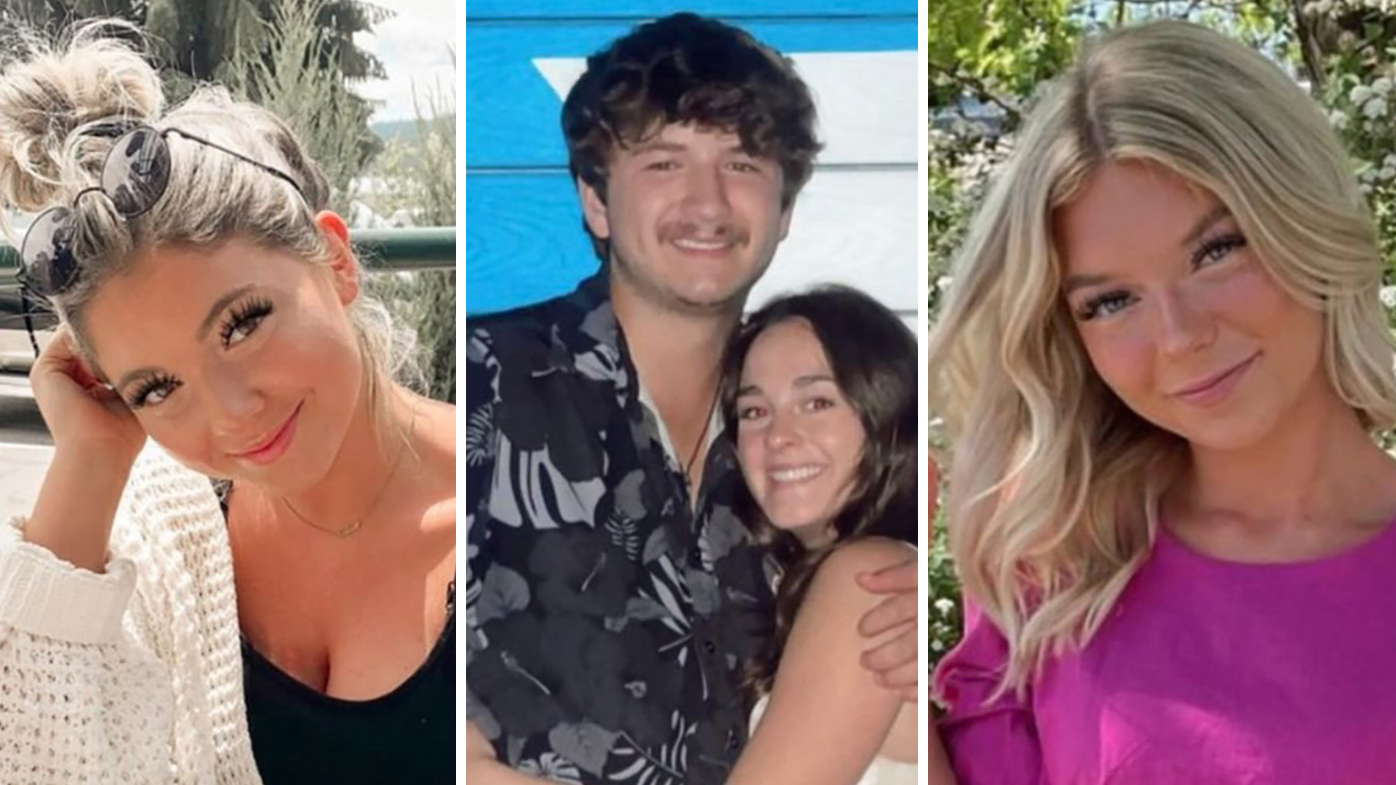 At about 4.17am, a security camera at a house northwest of the King Road residence picked up the sound of voices or a whimper followed by a loud thud.

DM opened her door a third time after she heard crying and saw a man with bushy eyebrows dressed in black with a mask over his nose and mouth walking toward her.

She froze and the man walked to the sliding glass door and she locked herself in her room.

Investigators believe the four students were killed between 4am and 4.25am.

Police investigators arrived and located the bodies of the students, along with a tan leather knife sheath that carried the suspect's DNA and a shoe print outside the roommate's door.

Footage from security videos shows the suspect's vehicle in the King Road neighbourhood starting at 3.29am.

Police say it made three passes by the house and made a fourth pass at about 4.04am before leaving the area at a high rate of speed at about 4.20am.

Surveillance video recorded the suspect vehicle in Pullman and the WSU campus around 5.25am.

Law enforcement were on the lookout for a Hyundai Elantra. 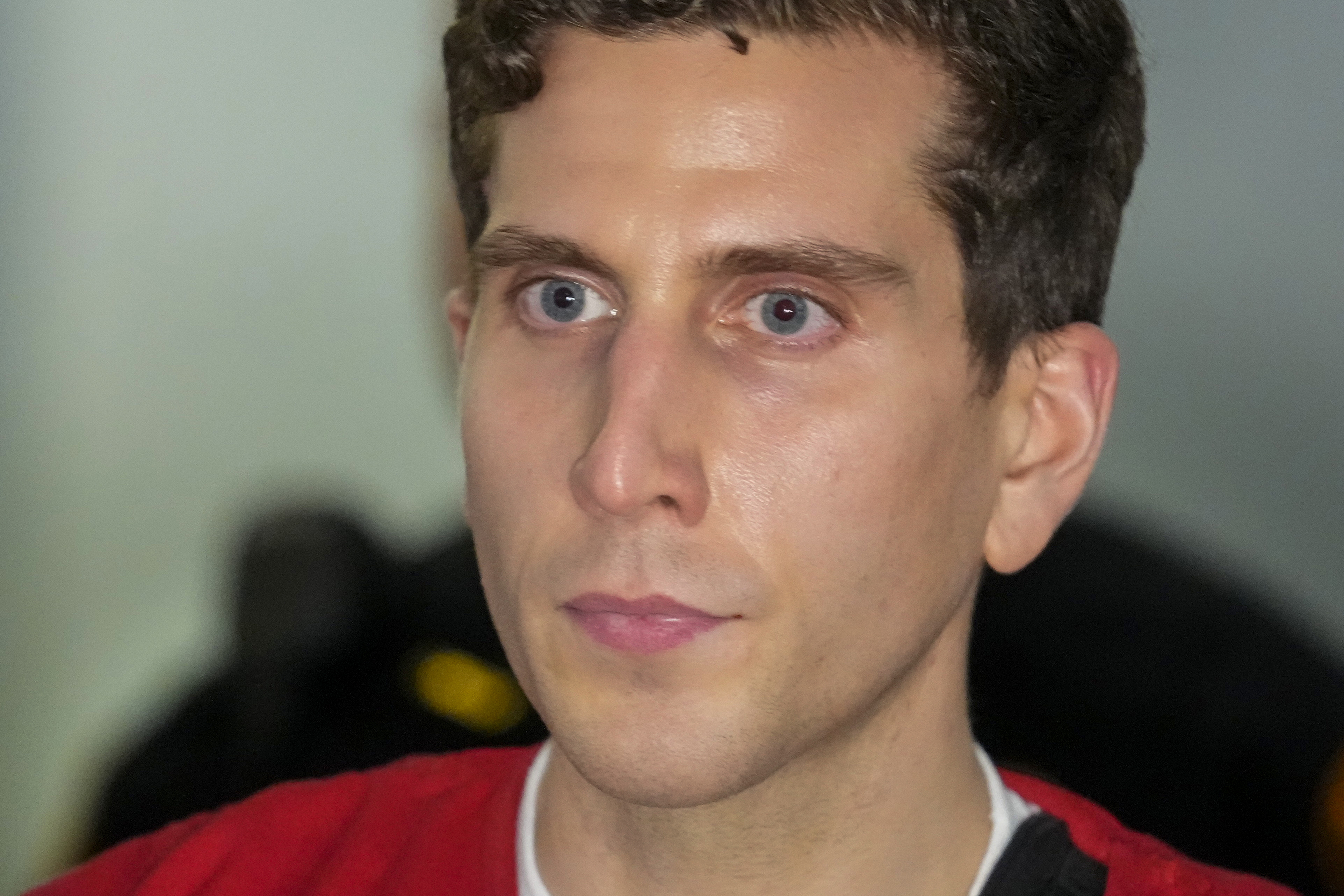 A WSU police officer learned that a 2015 white Elantra with a Pennsylvania licence plate was registered to Bryan Kohberger.

The officer tracked down Kohberger's driver's licence and noted that he was a white male, six-feet tall and weighed about 83 kilograms.

Kohberger, travelling to Pennsylvania with his father, was stopped by law enforcement in Hancock County, Indiana.

They show that the phone was in Pullman at 2.42am on November 13, 2022 but then stops reporting to the network.

It does not connect again until 4.48am.

Based on the information gathered, law enforcement secured an arrest warrant for Bryan Kohberger.

He was taken into custody early in the morning by the Pennsylvania State Police at a home in Chestnuthill Township. 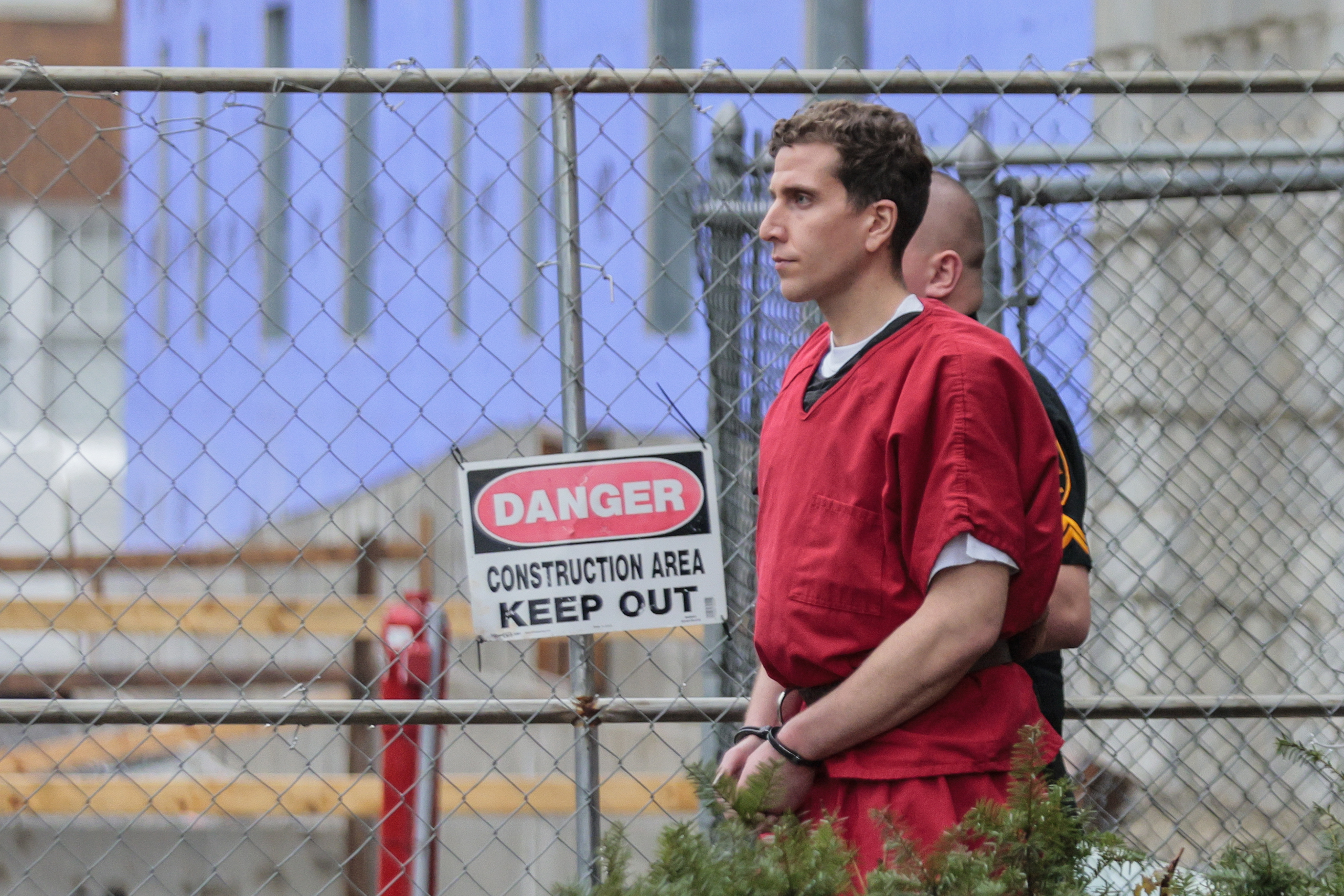 Kohberger appeared at Pennsylvania’s Monroe County Courthouse and agreed to waive extradition in order to be moved back to Idaho to face charges.

Kohberger arrived in Moscow on a small plane.

Kohberger made his first court appearance in Latah County and the court records in the case have been unsealed.