Health reform and the skills shortage were top of the agenda for Prime Minister Anthony Albanese's first national cabinet meeting.

Speaking after meeting with premiers and first ministers, Albanese said the federal government would extend its COVID-19 funding for the states until December 31, at a cost of $760 million.

"There are some arrangements in place as well about some of the measures not being continued beyond September because it was agreed that they were not necessary," Albanese said.

NSW Premier Dominic Perrottet, who had called for funding to be extended for up to 12 months, said it was a "good start".

Albanese also announced the cabinet would initiate a review of the country's health funding and health arrangements.

"What it's about is a recognition that our hospital system at the moment has people who should be being looked after by their local GP but GPs are just unavailable," he said.

Albanese said the review would also look at aged care and other pressures on the hospital system. 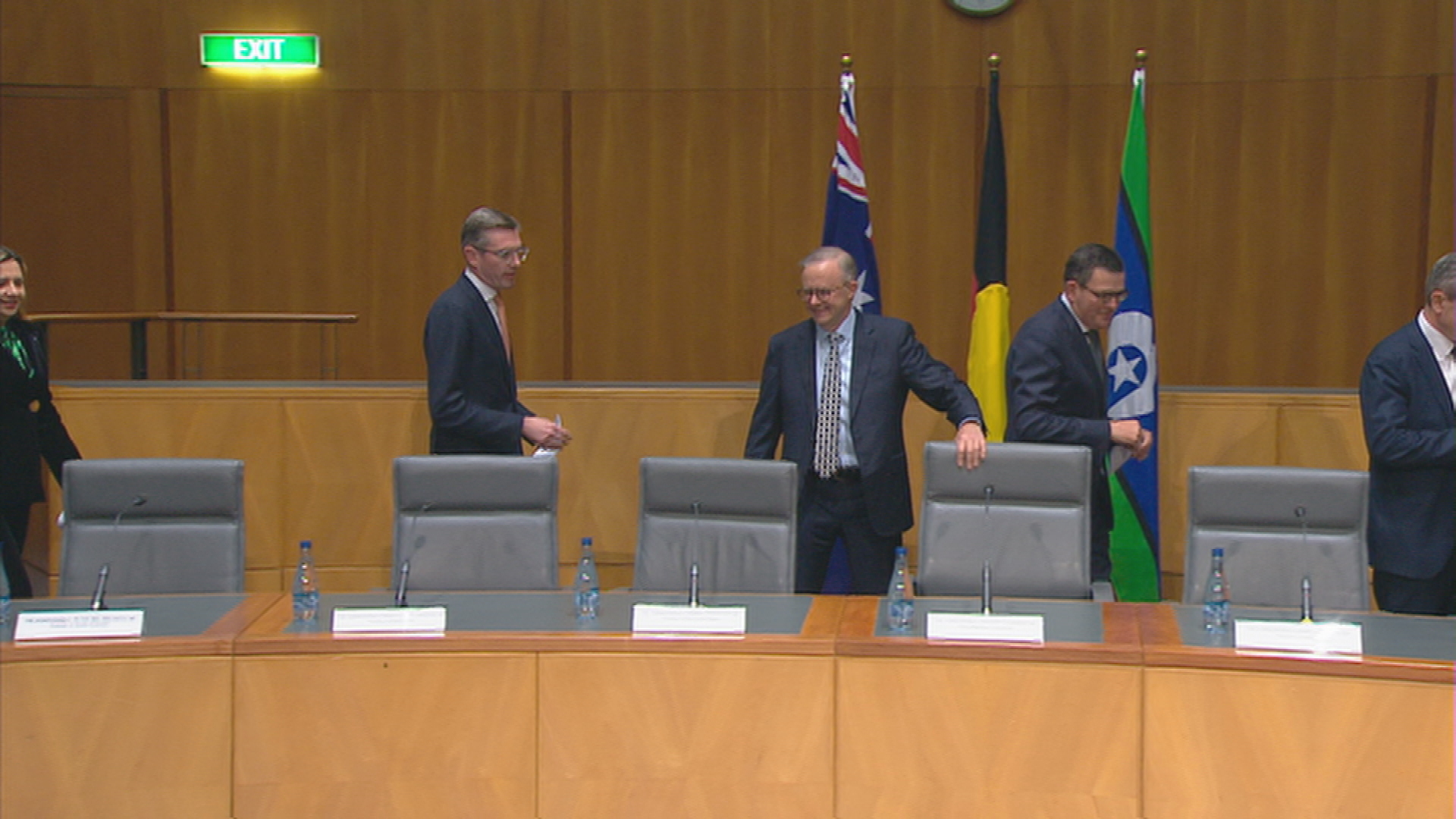 Perrottet praised the collaborative approach to health reform as "refreshing".

"It recognised that we need to train Australians for the needs of the day but also the jobs of tomorrow. And we need to work on a national skills plan in order to deliver that," he said.

"But it's also recognised that short-term shortages mean that we need to work on clearing the backlog.

"Migration will need to be a part of the solution to skill shortages and we will work with the business community as to address those issues."

He said the national cabinet had agreed to meet a minimum of four times a year.

At the meeting, South Australian Premier Peter Malinauska was asked about being listed as the first Australian premier to be sanctioned by Russia.

"I am very grateful for the fact that Vladimir Putin has paid attention to the leading role that South Australia is paying for standing up for the democratic values that we collectively as a country hold dear," he said.

"My government has sought to do a number of things to send a very clear message that the people of South Australia stand firmly with Ukraine as does every state and territory and I am just grateful for the fact that Vladimir Putin took notice. "My heritage, my family knows all too well the human tragedy that can occur in the face of unacceptable Russian aggression and I am very proud of the fact that my government has played a leadership role and I look forward to doing that in the future."

Albanese was asked about whether he planned to meet the Ukrainian president when he visited Europe later in the month, as Volodymyr Zelenskyy had suggested.

"I will take appropriate advice and obviously there are security issues as well in terms of such a visit," he said.

"I appreciate the spirit in which it has been offered and one of the reasons why Australia has been invited to NATO is that Australia is the largest non-NATO contributor to give support to Ukraine in its defence of its national sovereignty against Russia's illegal, immoral invasion and we will continue to stand with the people of Ukraine."