A half-tonne crocodile chased his keepers out of his den after they presented him with a particularly enticing birthday present.

Elvis the crocodile, a resident at the Australian Reptile Park, made headlines recently after undergoing an extensive dental treatment.

Now he's back, having just turned 57 and putting on a show for his fans.

Keepers at the park presented Elvis with a quarter of a beef carcass for the milestone birthday – but didn't count on his reaction.

The 4.75-metre saltwater croc charged at them to claim the cow as his own, then pulled the beef into the water and wrestled it into a death roll.﻿

The keepers had to scramble for safety with the big reptile nipping quite literally at their heels.﻿ 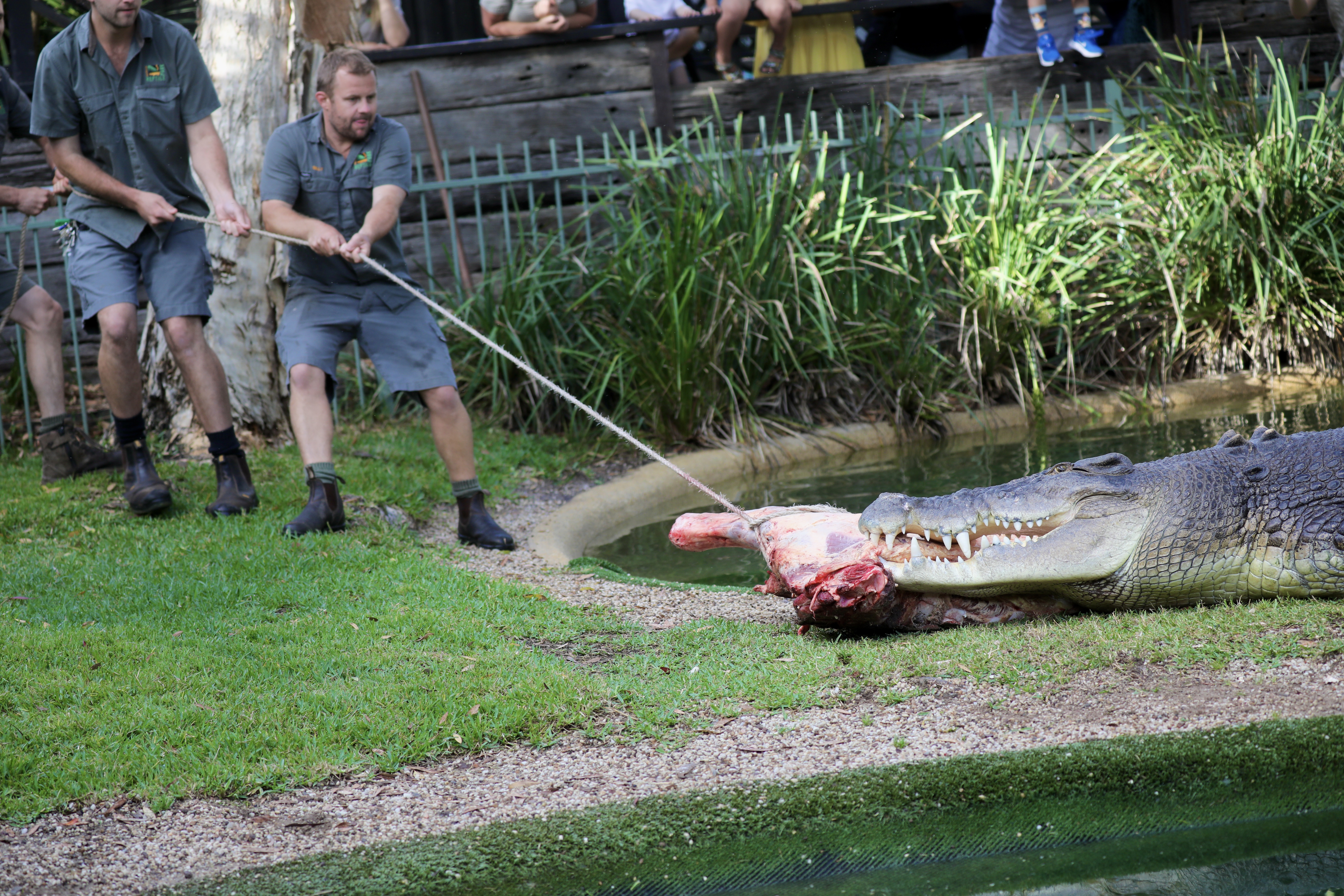 "It's not easy playing tug-of-war with a half-tonne animal like Elvis," the park's head of reptiles Jake Meney said.

"I always feel the burn in my arms in the days afterwards and since his birthday last year, he's only gotten stronger."﻿

Operations manager Billy Collett said it was wonderful to see Elvis had recovered from his dental operation, which saw three infected teeth removed.﻿