A suspected road rage incident in Sydney's south west took a shocking turn when a man allegedly pulled out a gun.

The incident took place near the intersection of Mill Road and Charles Street in Liverpool on April 17.

Police have now released images of four people they believe may be able to assist with their investigation and are calling on the public's help to identify them.

Witnesses told police they saw three men and a woman fighting near a white Toyota Corolla and a grey Suzuki Baleno stopped in the street at about 3pm.

A man who was a passenger in the Toyota allegedly pulled out a gun before the passenger of the Suzuki took it from him during the fight and put it in his car.

Investigations revealed the Suzuki was a hire car. It was seized after being left in the car park of a hotel on Hoxton Park Road, Prestons, about 6pm the same day.

The first man shown in the photos is described as having a partly shaved head and is wearing a blue basketball singlet, dark pants and light-coloured sneakers. 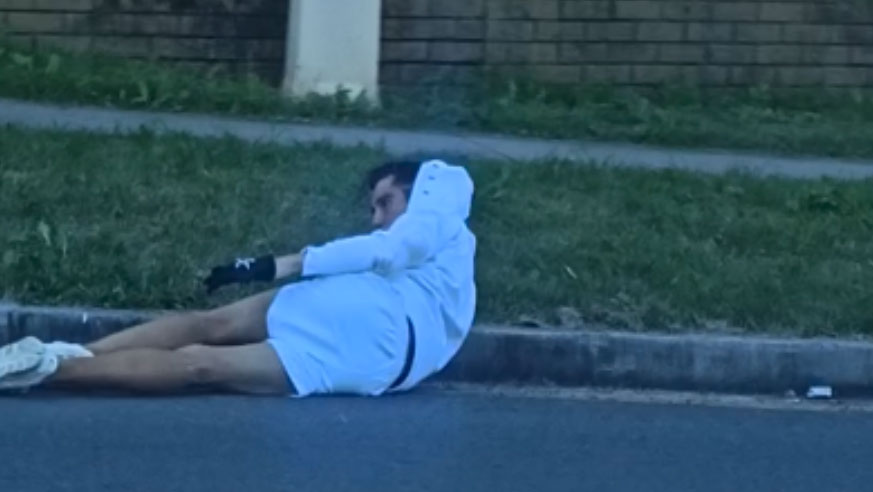 The second man is described as wearing a yellow-coloured t-shirt with light pants and black sneakers.

The third man is described as wearing a white hooded jumper with shorts and white shoes.

The woman is described as having long brown hair and is wearing a light-coloured jumper, white long pants and white sneakers.

Coles warns fruit and vege shortages to last for weeks