A great white shark, measuring over three metres in length, is moving north along the east coast of the US.

She last pinged off New Jersey as she moves to cooler waters.

READ MORE: Trump lashes out as he teases 2024 run

Maple is a sub-adult and sported substantial injuries when she was first caught.

"She had a distinctive wound on the left side of her body," OCEARCH says.

"After the initial assessment, our science team believes it was likely due to a recent interaction with another larger white shark. This interaction was possibly an example of dominance behaviour." 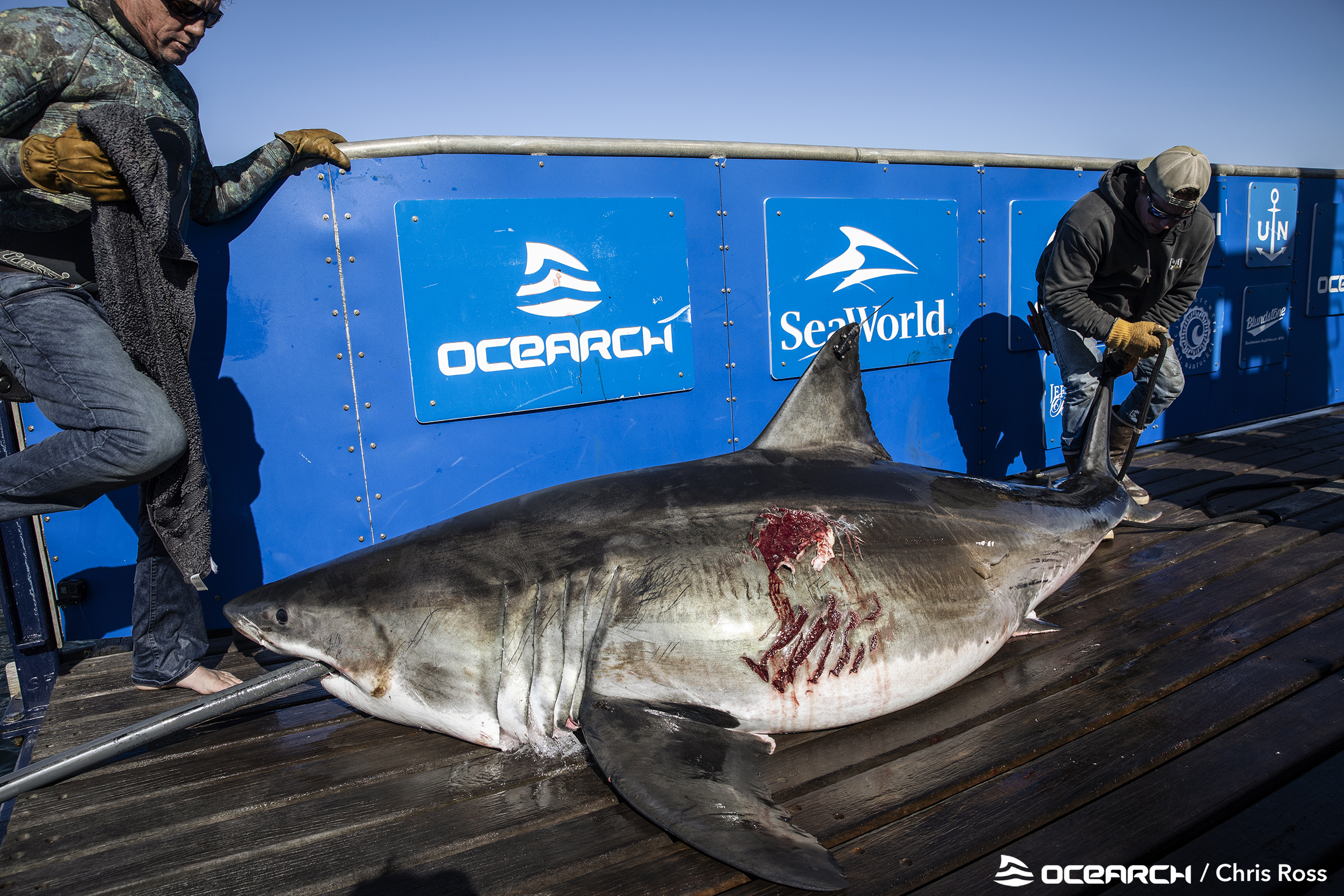 At this time of the year, a population of Western North Atlantic great white sharks move north to the waters off New England and Nova Scotia for what OCEARCH calls the "summer feeding aggregation".

When northern hemisphere winter hits they then travel back down to the Southeast United States.