A pseudonym and a $51m scam: The colourful life of Australia's first TV doctor

Despite being touted as the new weapon in the Omicron battle, Rapid Antigen Tests are near impossible to get with experts saying the Federal Government "is letting Australia down".

Supermarkets and pharmacies have sold out of the do-it-yourself screening kits, and of those who do still have them in stock, many are charging inflated prices, making profit out of the situation for single tests.

President of the Australian Council of Trade Unions, Michele O'Neil, said the tests are essential going forward, and all Australians should have free access to them.

EXPLAINER: Everything to know about new isolation, close contacts rules

"The problem is the rapid antigen tests are essential going forward, but governments are refusing to make them free and accessible,' Ms O'Neil told Today.

"The Morrison Government has got this wrong. They've failed us in terms of getting enough vaccines in time and now yet again they're failing us in terms of not enough Rapid Antigen Tests and not making them free and accessible when we need them.

"It's something we have seen in other countries and something that makes sense in making sure your income or postcode doesn't determine whether you have access to a test and whether are safe." 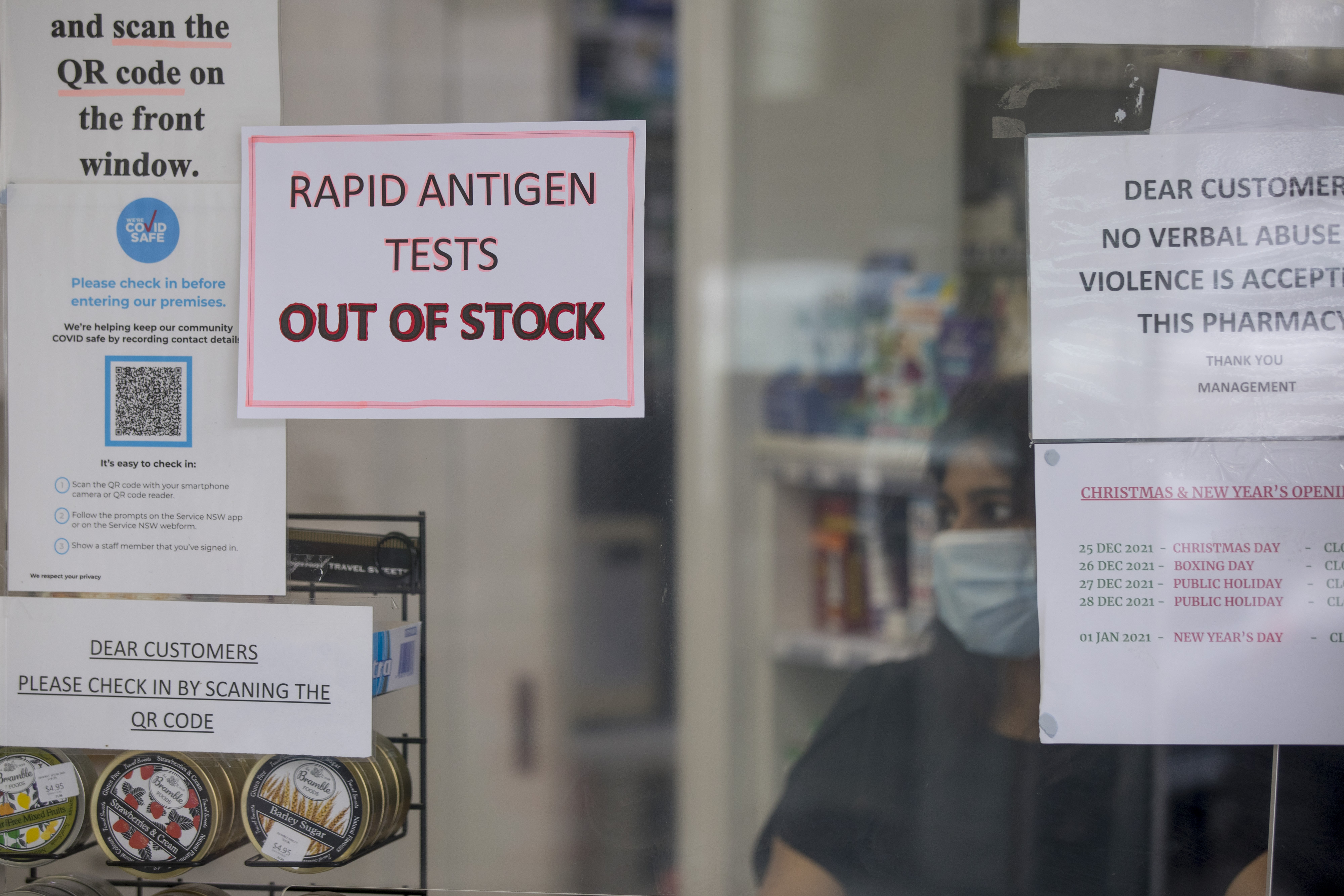 Ms O'Neil said the Government's plan to hand the tests out at testing sites isn't enough and they need to be readily available across all communities and workplaces.

"This has to be as easy as it can be for everybody to make it work," she said.

"We don't want people have to prove they have an issue before they even get an access to a test which teams to be what the Prime Minister is saying.

"This is letting Australians down."