A 19-year-old Gold Coast man has been ordered to perform 140 hours of community service and issued with a three-year driving ban after driving into a woman's car at Burleigh Heads.

The court heard Gold Coast dad Jay Marks had been driving on the wrong side of the road when he struck the woman's vehicle.

Video footage captured the incident, showing a bystander rushing to the woman's aid.

The bystander is seen grabbing and punching Marks, who then fled the scene.

"She crashed into me, she shouldn't have been in my way," Marks said outside court.

The 19-year-old faced charges of dangerous and disqualified driving in Southport Court today.

He told the court he ran from the scene because he feared the woman in the car was going to attack him. 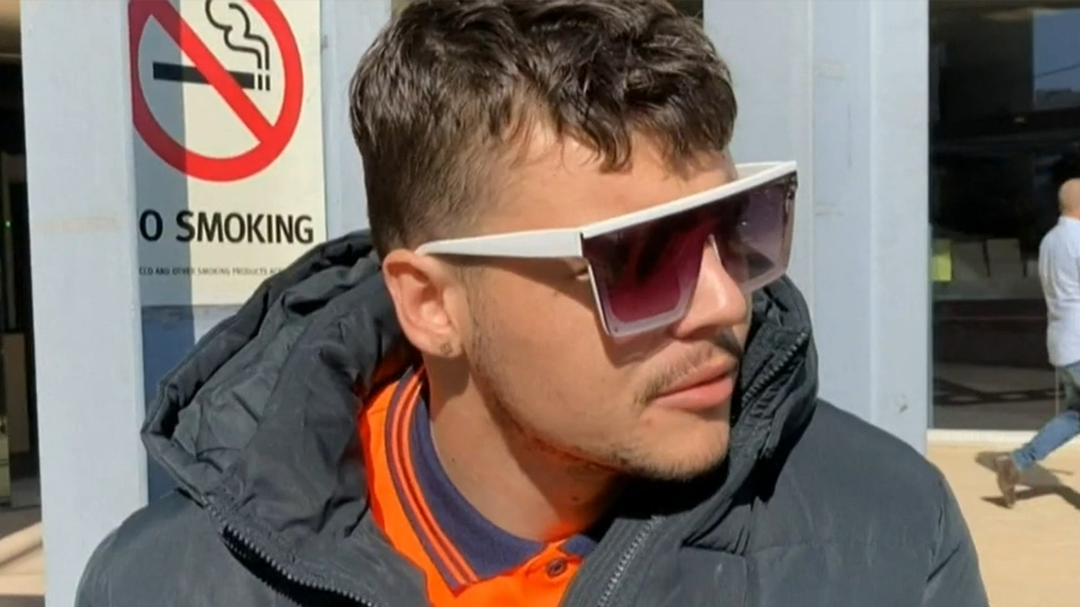 The magistrate gave the excuse little credit, saying "the whole episode is so self-centred, with no regard for any person except yourself".

Outside court, Marks did not apologise for his actions.