Fires continue burning as temperatures soar above 38 degrees in WA

Firefighters are continuing to battle out-of-control bushfires throughout Western Australia today as temperatures soar above 38 degrees, wreaking havoc across the state.

Two separate blazes are threatening lives during a record-breaking hot spell which started before the Christmas weekend.

Extreme temperatures paired with strong winds have created ideal conditions for the fires, which are forecast to continue throughout Monday.

Overnight, firefighters warned residents in some parts of Wooroloo, Chidlow and Gidgegannup, north-east of Perth, and parts of Treeton and Osmington near Margaret River to evacuate immediately.

"If the way is clear, leave now for a safer place," the Department of Fire and Emergency Services said in an emergency bushfire warning.

"Do not wait and see, leaving at the last minute is deadly."

The situation is even more serious in Warrigal Estate, where people have been told to shelter in their homes as "leaving now would be deadly".

Hundreds of firefighters and dozens of firefighting appliances — including a large air tanker — are battling the flames across the state.

Emergency WA has issued a range of bushfire warnings and alerts for residents across several areas.

It's deja vu for Wooroloo locals still recovering from the fire that destroyed 86 homes in February.

"I think it would be a silly person to say that they didn't feel overwhelmed and worried at this particular time," Ms Rose said.

A number of structures have been set alight. Firefighters are not yet sure whether the buildings on fire are homes or sheds but they are doing everything they can to save them. 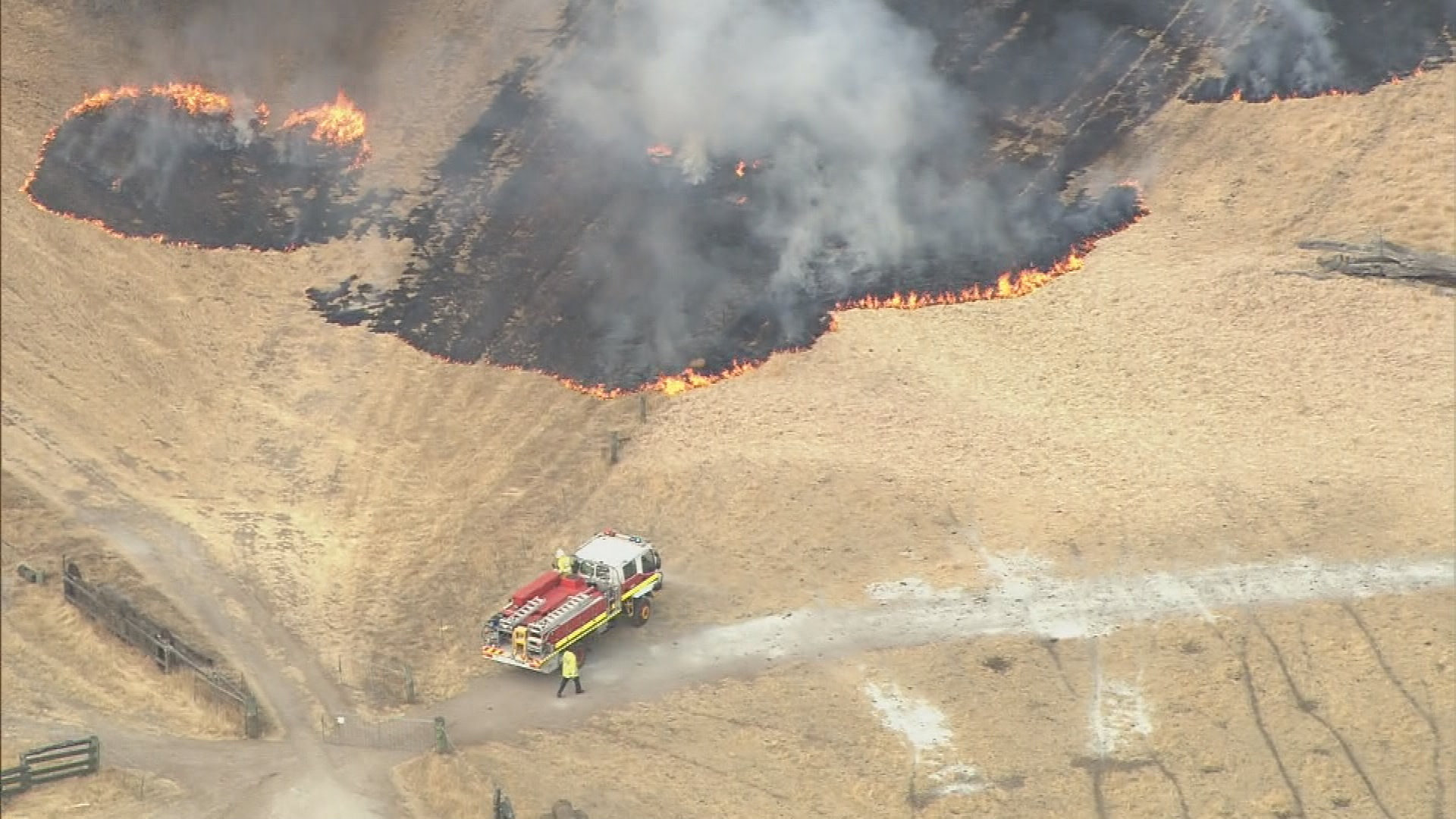 It was 1.30am and 30 degrees in the Perth suburb of Hilbert when bushland burst into flames.

Police say arsonists are behind not one but two bushfires in the area overnight.

Rik Mills from the Department of Fire and Emergency Services said both fires had burned through a combined 30 hectares.

"Both fires are considered suspicious at this time," he said.

As firefighters worked to put out the fires, 10,000 homes across Perth spent Christmas in the dark, with the suburb of Roleystone also cut off from the water supply.

Resident Michelle Stirling's fears her alpacas won't make it through the week, with only a limited water supply on-site.

Perth had its hottest Christmas Day on record.

Western Power insists it is working on reconnecting homes by midnight but is making no promises.

"It's 100 kilometres of network and in some really heavy bush area," Zane Christmas from Western Power said.

"The fire danger index is really high so we need to carefully patrol the network before we switch it on."

As the situation is constantly changing, visit the Emergency WA website for the latest alerts and warnings.