T﻿he fallout from the public dispute between Prince Harry and the royal family is pushing Australians towards a republic, a survey released today showed.

Backing for an Australian republic rose from 36 to 39 per cent among eligible voters since the death of Queen Elizabeth II last September, according to polling by Resolve Strategic for The Sydney Morning Herald.

And the number of voters against the constitutional shake-up dropped from 37 per cent to 31 per cent.

READ MORE: Why this Australia Day could mark the start of a pathway to change﻿

While the findings are a boost for the republican campaigners, the survey also showed 30 per cent of voters remain undecided on the issue.

The royal falling out detailed in Prince Harry's book Spare, a Netflix series and television interviews included physical altercations between him and his older brother Prince William and claims Prince Harry's wife, Meghan, the Duchess of Sussex, was bullied in the royal circle.

The new polling found that 93 per cent of voters were aware of the stories, and only 7 per cent were "completely unaware" of the royal revelations.

Prime Minister Anthony Albanese appointed an Assistant Minister for the Republic, Matt Thistlethwaite, after Labor's federal election win last year, but has avoided making a commitment about a referendum on the republic issue.

Last January a poll by the Resolve Political Monitor found﻿ 54 per cent backed a republic in a survey when respondents could only respond with a "yes" or "no" to a republic.

READ MORE: ﻿Despite concerns, US to send 31 Abrams tanks to Ukraine 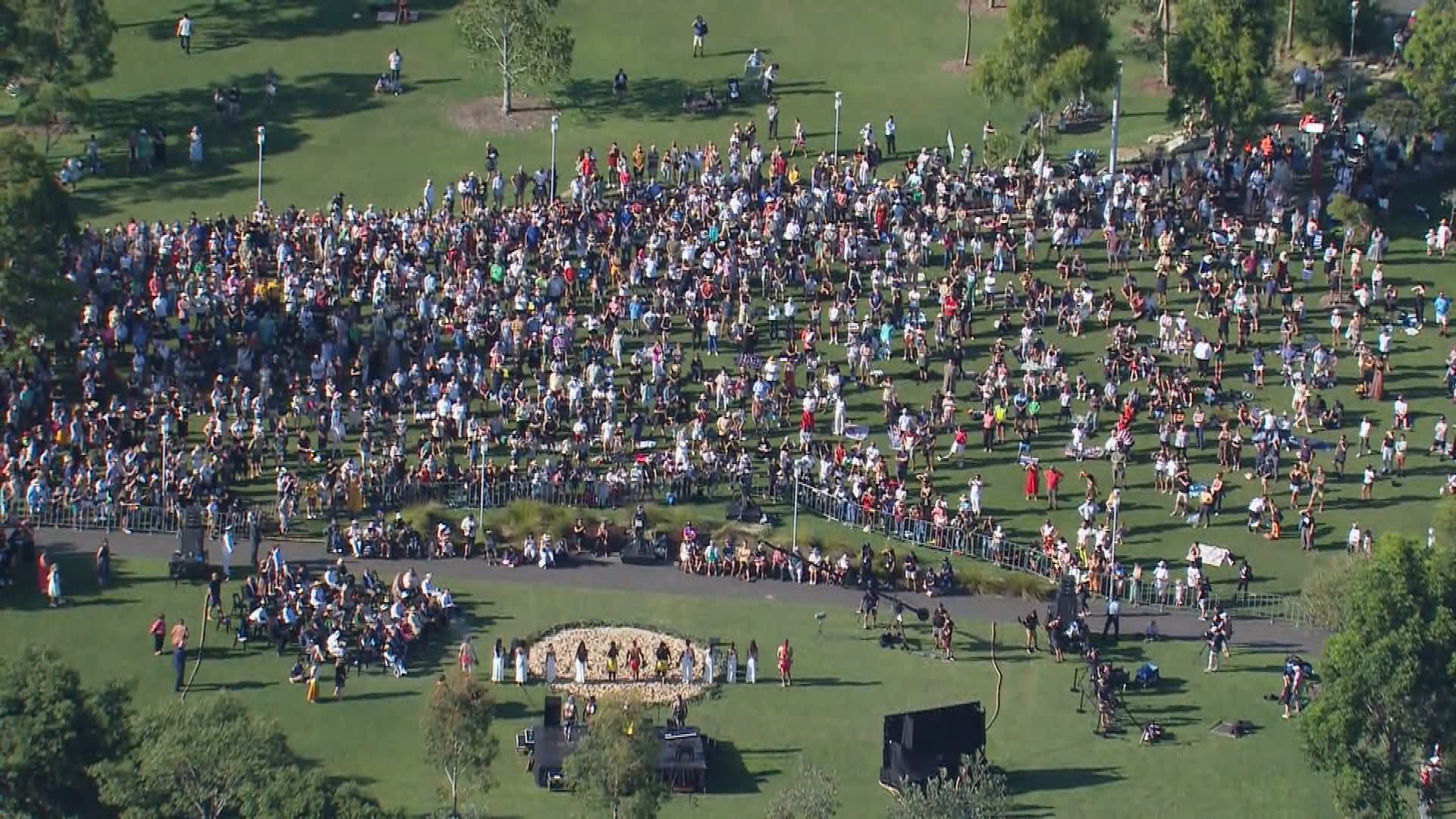 Voters were given an "undecided" option in the new polling, but the results revealed an increase in core backing for the republic compared with last year.

While the debate over the national identity on Australia Day continues, the new survey found heavy support for some type of national day.

Subjects in the survey were asked to put beliefs about the appropriateness of January 26 aside and weigh up whether Australia should have some sort of national day – 75 per cent agreed it should.

Just 7 per cent disagreed with the idea of Australia Day, while another 18 per cent were undecided.