Eleven people were injured and four left in a serious condition after a mini-bus and car collided in Far North Queensland this morning.

The crash occurred around 10.40am on the Smithfield Bypass near Cairns when a car hit the mini-bus head-on.

One person is currently critically injured, three are in serious conditions, and another five are stable.

Queensland Ambulance Service said one of the patients initially assessed had become trapped in his vehicle, sustaining significant leg and hip injuries.

Michael Low, the officer in charge for Smithfield, said the job required a large paramedic response. 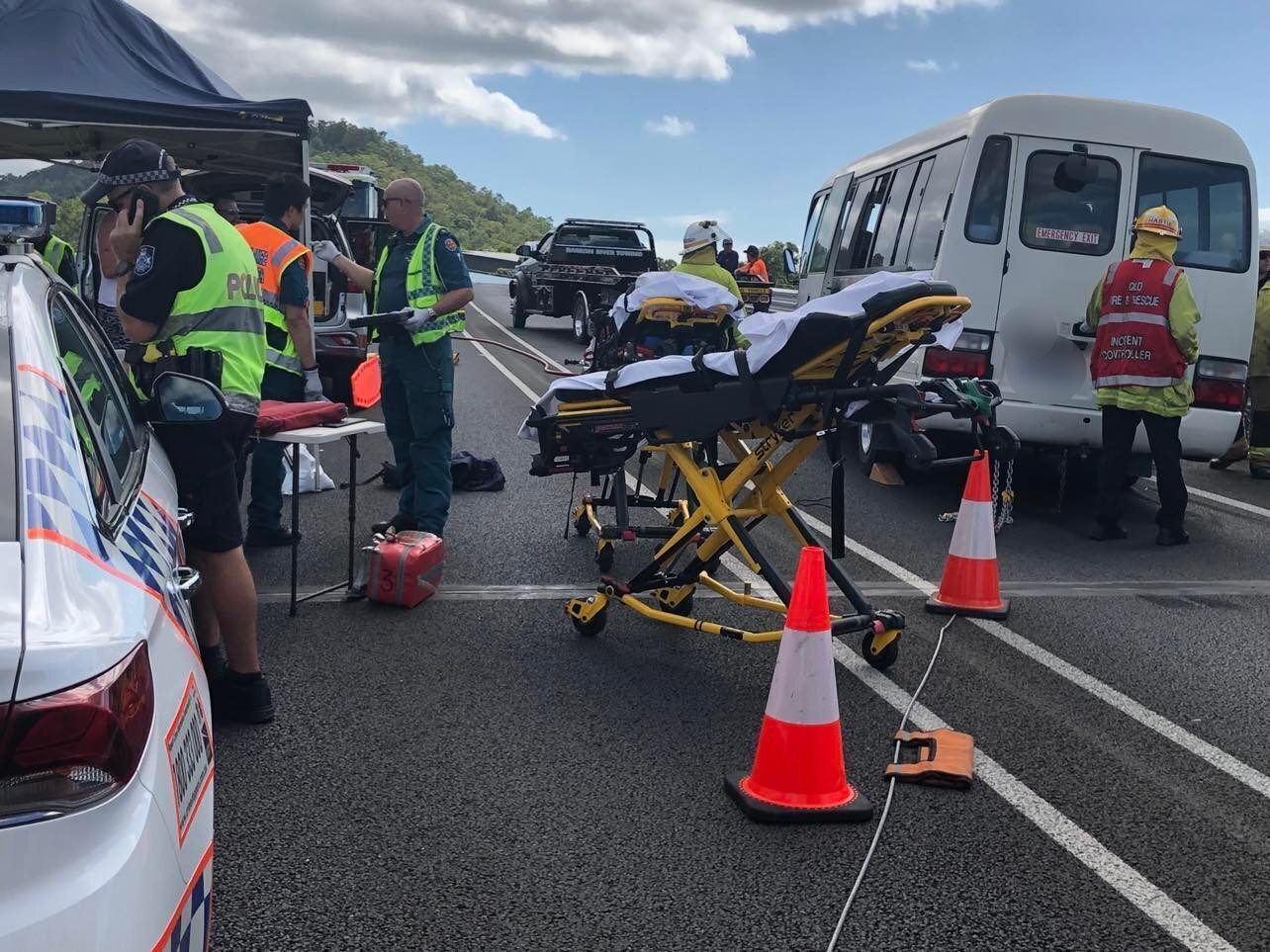 "On arrival paramedics were confronted with 11 patients, the majority of those patients were in their 50s and on the mini-bus," he said.

"One patient was entrapped with leg injuries, a female patient had head, neck injuries and there were other patients with limb injuries, fractured legs and arms."

Man charged over involvement in three kidnappings across Sydney