Eight men have been convicted by the Paris Criminal Court for stealing a Banksy artwork from the Bataclan concert hall, one of the sites of the November 2015 Paris attacks.

The artwork known as the "sad girl" was on the exit door of the Bataclan and painted in homage of those killed at the hall during the attacks for which the Islamic State claimed responsibility.

The painting showed a sad figure wearing a veil in black and white, her head slightly bowed as she gazed downward.

Seven French citizens and an Italian citizen were sentenced to a maximum of 2 years in prison, according to the court spokesperson.

The convicted will not serve actual prison time but will be wearing an electronic bracelet.

"I think it's a wise decision by the court," said Romain Ruiz, lawyer of one of the defendants, "the verdict recognizes the facts as they are." 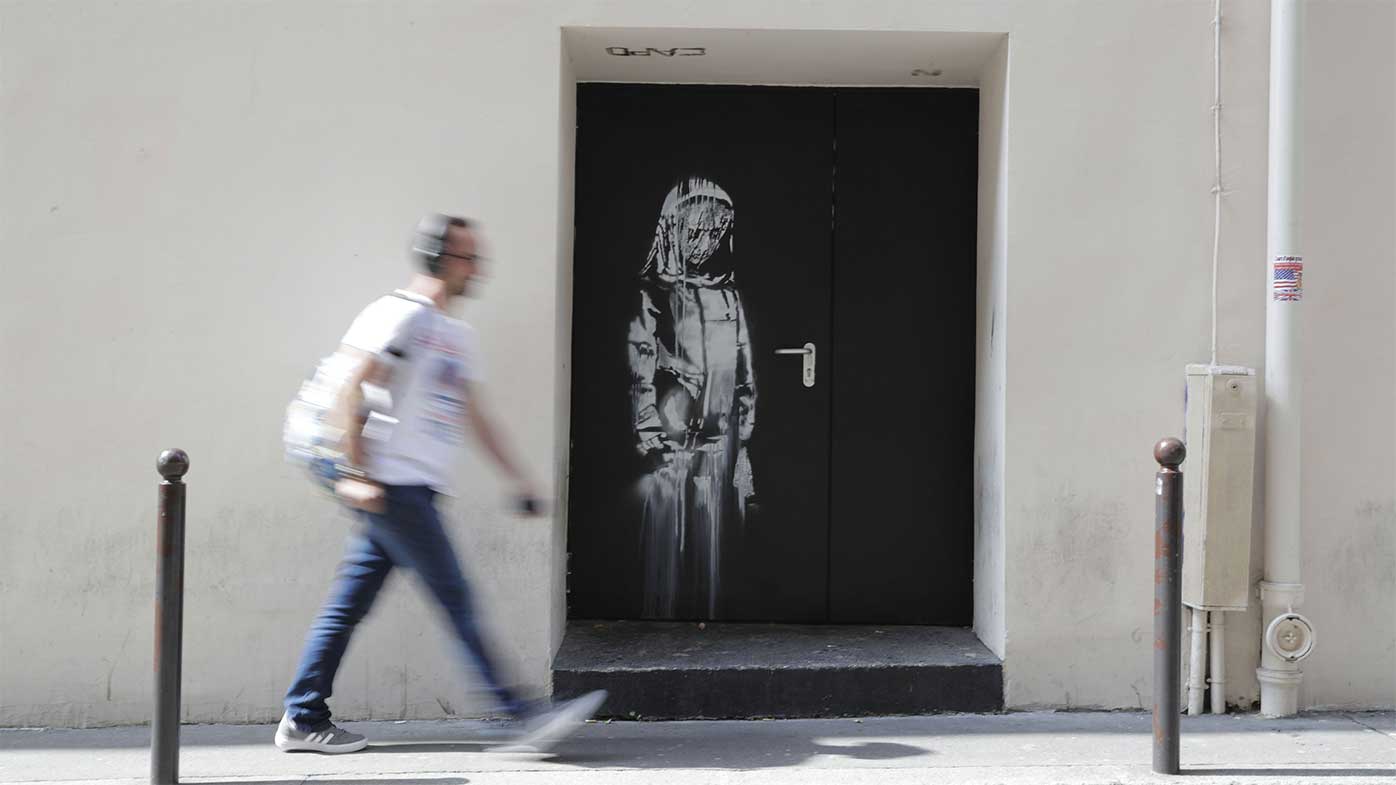 The convicted had stolen the door in 2019 and shipped it to Italy.

According to CNN's French affiliate BFMTV "following investigations, the metal door was found in June 2020 in a farm in Italy, without the plexiglass pane which protected it."

The eight men had been on trial since June 8.

When the mural was first stolen, the concert hall tweeted: "It's a deep sadness that moves us today.

"Banksy's work, a symbol of remembrance and belonging to everyone — locals, Parisians, citizens of the world — was taken from us."

The Bataclan mural, which appeared in June 2018, was one of several works allegedly by Banksy that popped up across Paris that summer.