An Australian sprint car driver has thanked fans for their support after walking away unharmed from a terrifying crash.

It was just two laps into the A Main race for the 410 sprint cars when Hutchins and fellow rider Jack Lee collided, according to the circuit's management.

The collision sent Hutchins' car rolling at high speed before jacking up into the air and over the raceway's first layer of protective fencing.

Caitlin Barry and William Sneddon were filming from just behind the second fence, which appeared to only just stop the flying vehicle.

"Was a crazy night last night with a massive crash at Avalon," Ms Barry said, on Facebook. 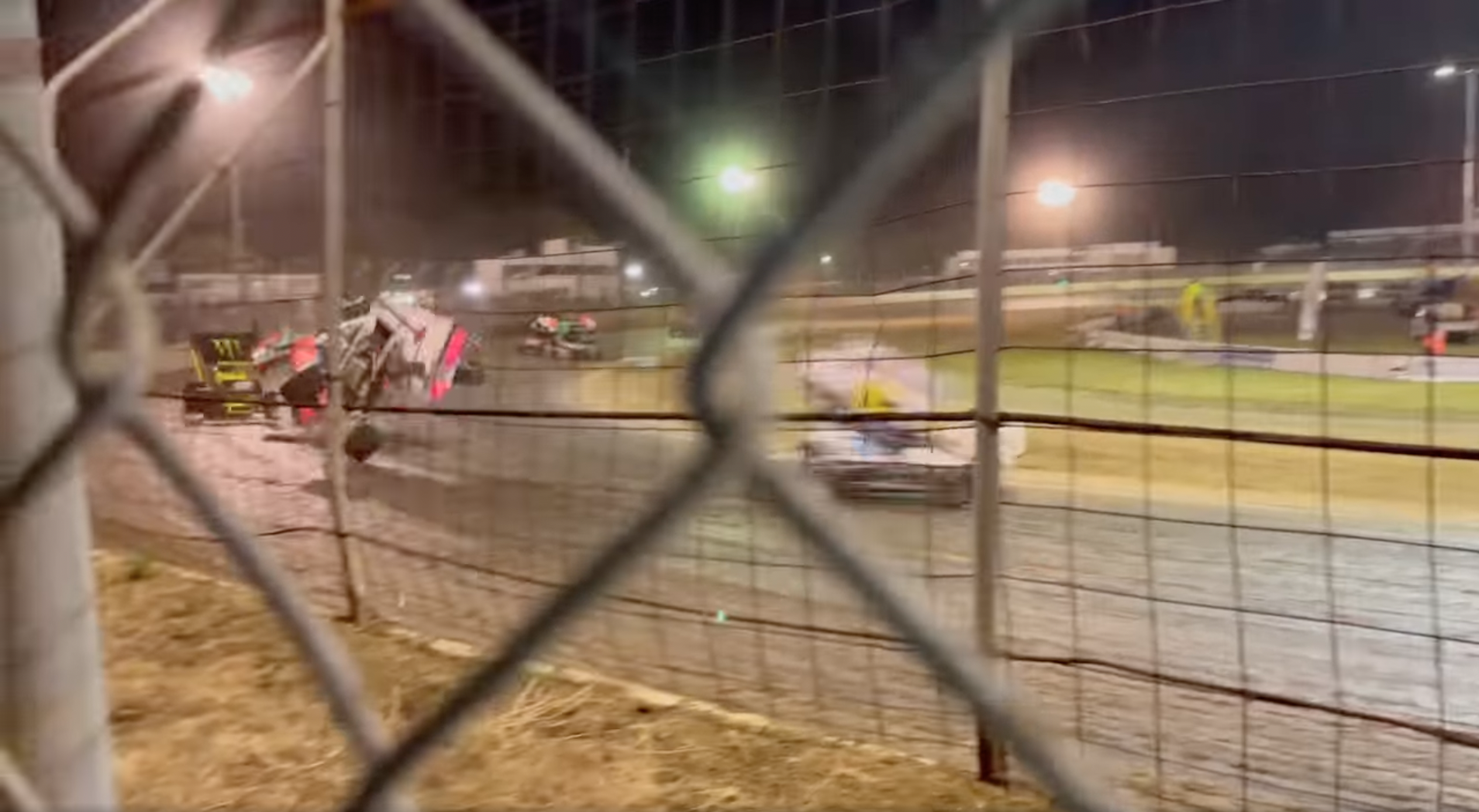 "Will and I just happened to be standing right at the fence at the time where I was filming and got this footage.

"Thankfully the drivers and crowd were all safe and okay! Just shows how quickly it can turn scary!"

Mr Sneddon said it was the biggest crash he had ever seen.

Avalon Raceway said the race had to be called off due to the damage and curfew. 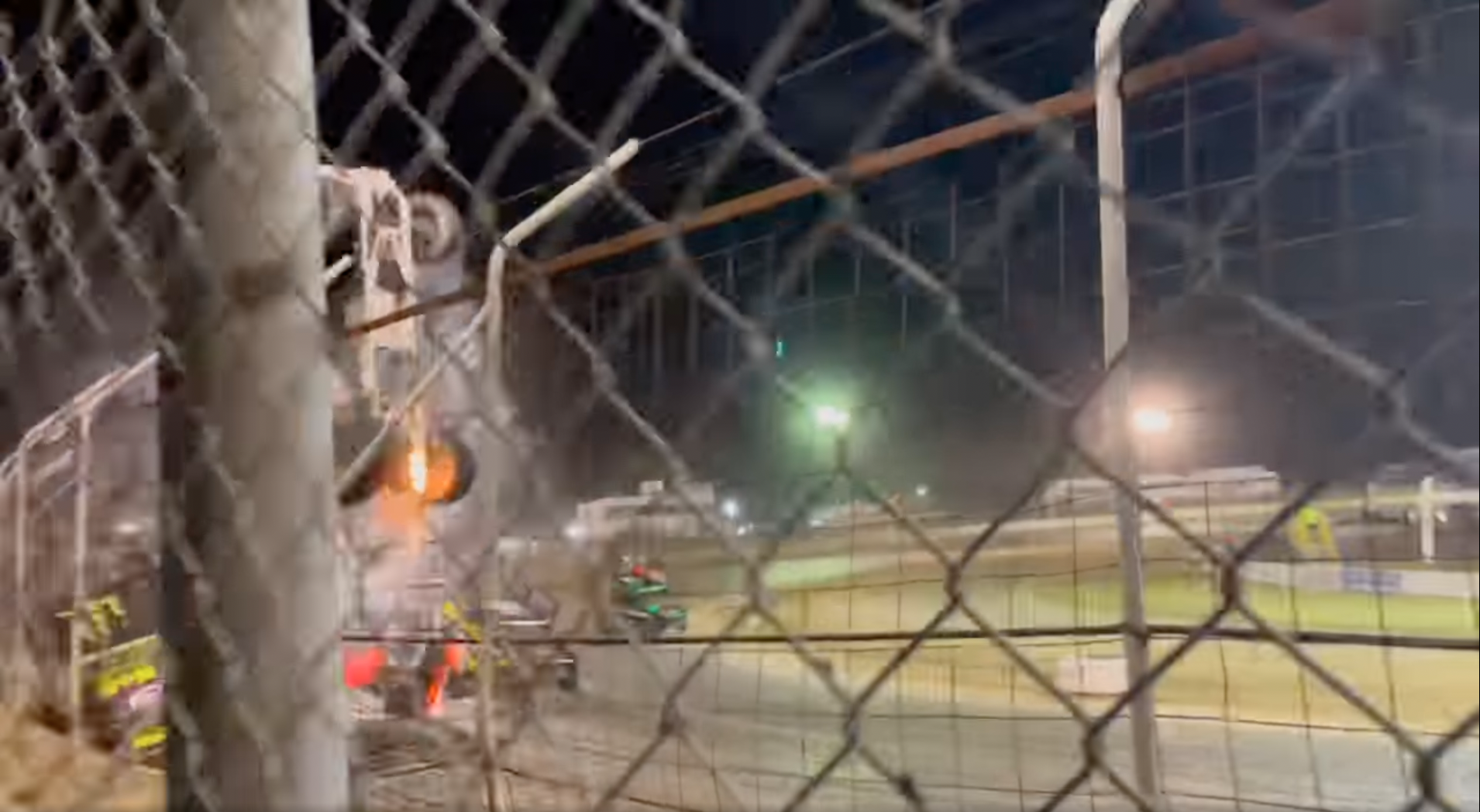 "The time that would have been required to make repairs to track facilities and restart the field for the remainder of the race would have compromised Avalon Raceway's strict time curfew," organisers said.

"This would render the sprint car main event a non result. Whilst all involved would walk away unharmed."

Hutchins' team took to Facebook early on Tuesday morning saying it was "certainly not the way we wanted to make national news" for fans and sponsors. 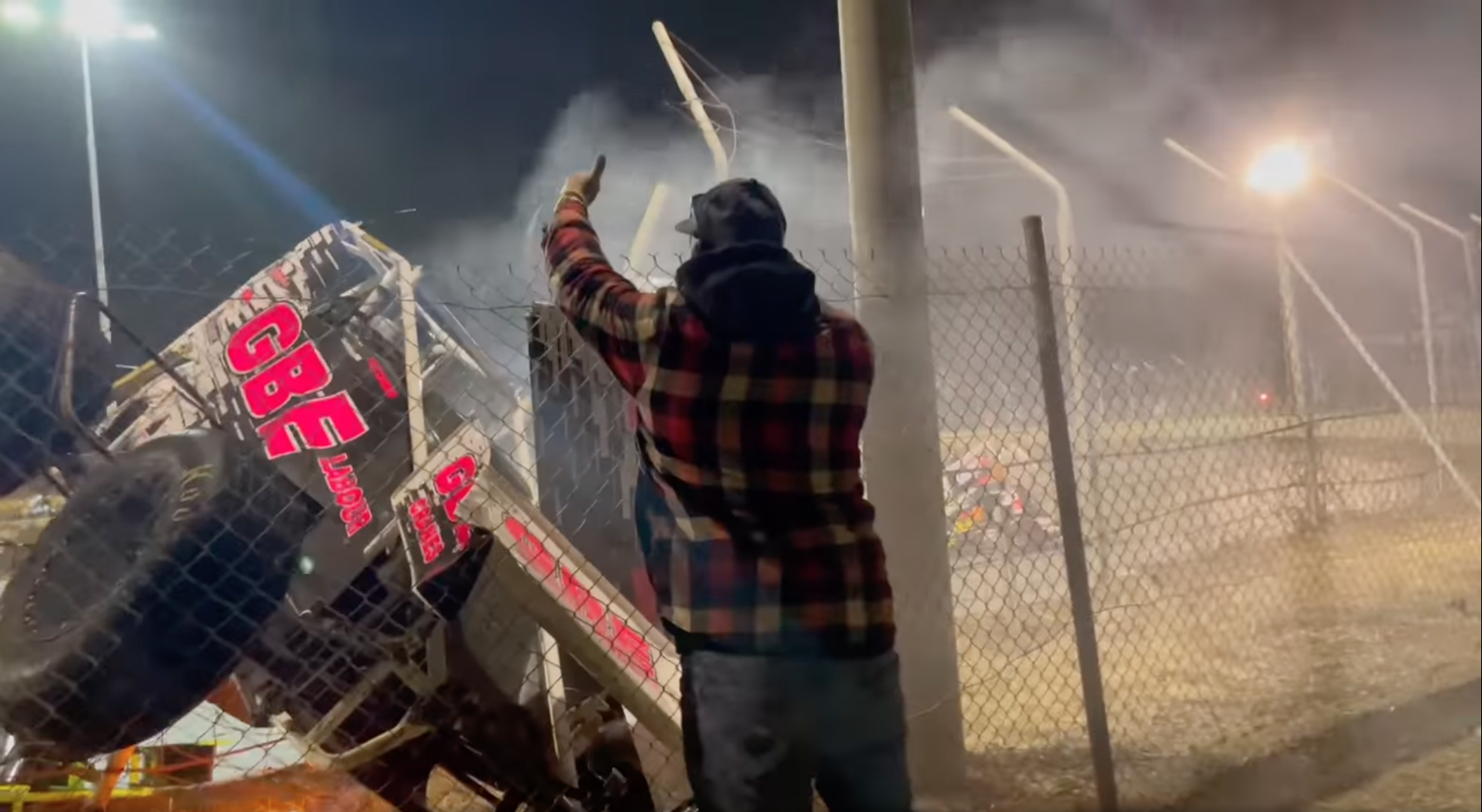 "Just wanted to say a huge thank you to everyone for your messages and calls after Tims crash at Avalon on Boxing Day," the team said.

"It's been a very overwhelming couple of days and not the return to racing we had hoped for after 20 months off.

"Tim is a little stiff and sore but soldiering on as he always does to get T7 back on track asap."

"Unfortunately 2 laps into the A main, we had a tangle," the team said.

"This didn't just end our night, but the race was declared due to the track damage and curfew."

'It destroyed my life': Woman speaks on historical sexual assault

Here’s what you can expect with today’s Dubbo weather