Dating app safety was at the forefront of a national roundtable as Australia tries to tackle the rise in domestic violence and prevent it from happening on the platforms.

The damning statistics for domestic violence speak for themselves in Australia, on average, one woman a week is killed by a former or current partner.

One in six women has experienced sexual or physical violence by a current partner while for men it is one in 16.

﻿More than three million Australians use dating apps and now authorities are figuring out how to prevent domestic violence perpetrators from infiltrating the platforms.

Why was the roundtable held?﻿

As domestic violence becomes increasingly prevalent in Australia alongside the popularity of dating apps, both state and federal governments﻿ face a growing problem of how to stop it.

Most recently, 31-year-old Dannielle Finlay-Jones was allegedly murdered by a man she had met on a dating app in Sydney's west.

It sparked calls for reforms to dating apps and the protections for﻿ dating app users from potential partners with a history of domestic violence. 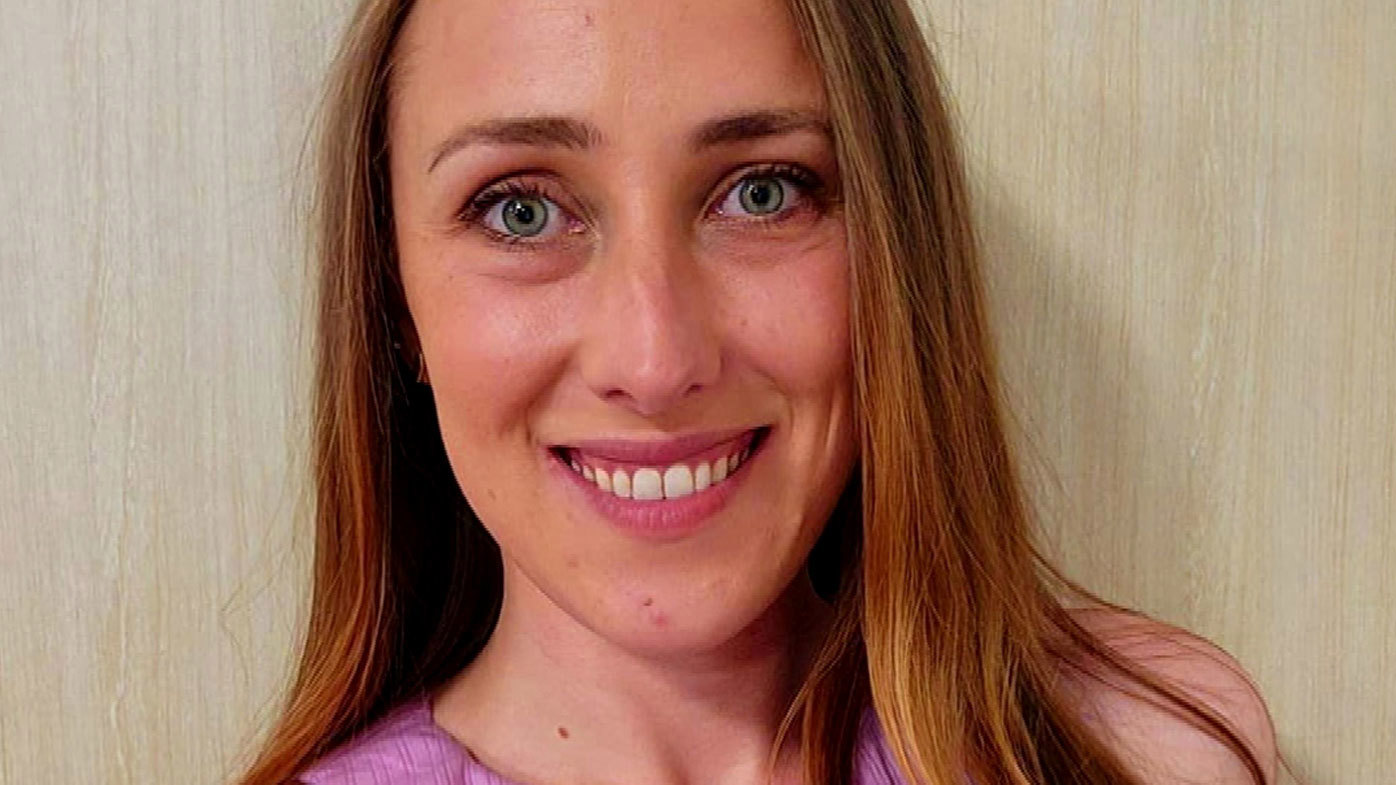 Communications minister Michelle Rowland﻿ said there is no overnight solution to preventing violence perpetration on dating apps, but today was a "first step". 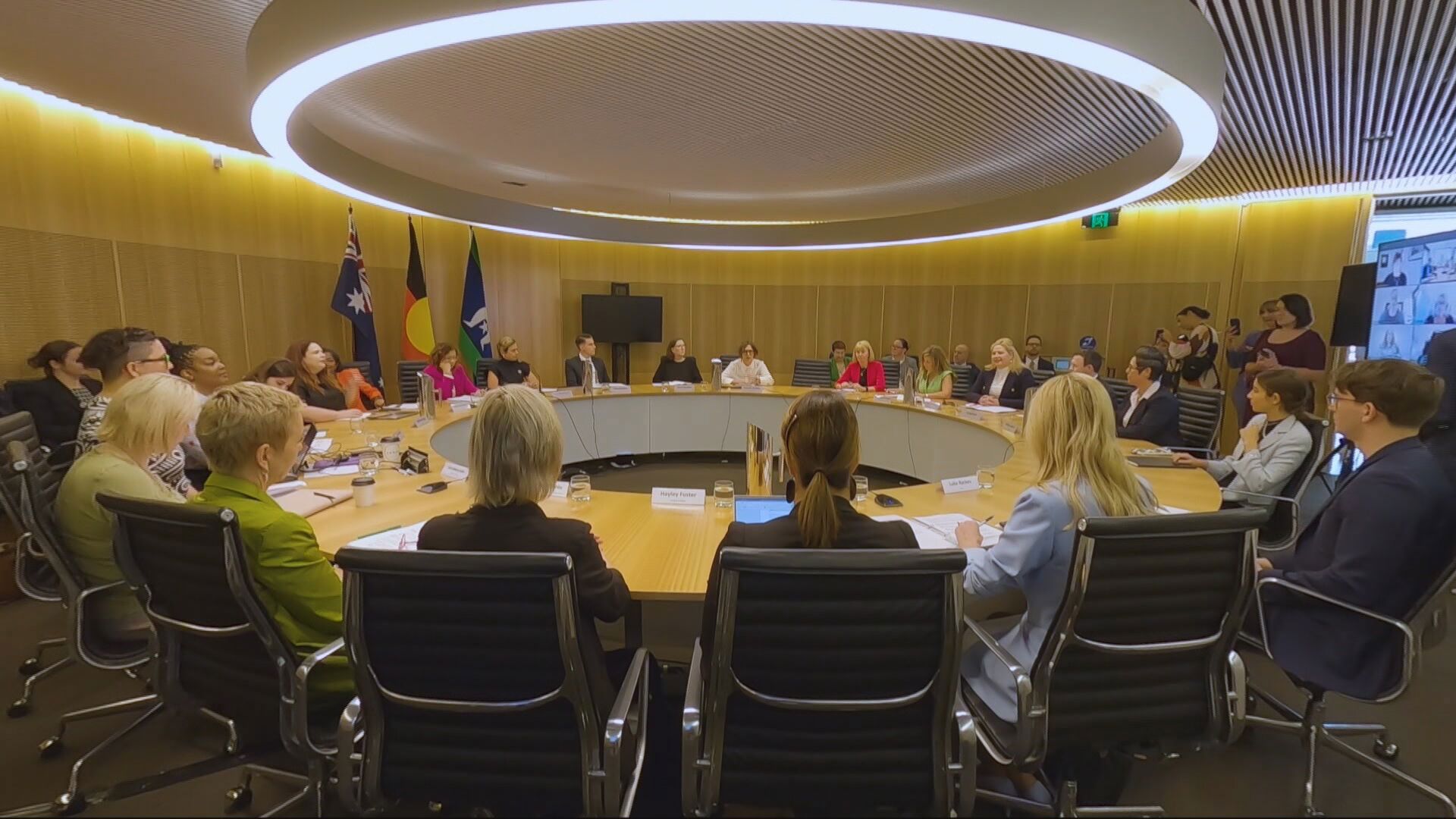 There were three key takeaways from the roundtable, Rowland said.

Tinder had earlier released details about the dating safety guide available on the platform which all users have to agree on to download the app.

Grindr, Bumble and Match revealed the artificial intelligence the platforms are using to detect harmful language. ﻿

There is also work to put ﻿background checks on the platforms.

Some apps have also recently introduced the ability to recover past messages when users have blocked someone so it can be used in evidence.﻿

Rowland said there is going to be no one law that﻿ fixes the perpetration of violence via dating apps but reassured the onus will not be placed on victim-survivors to fix it.

She added there need to be changes to the way complaints are handled on the apps.

﻿"When a user of a dating app flags a problem. Complaints should not be just another data point," she said.

"We need the industry to improve their action, their transparency and their accountability in how they respond to consumer complaints."

So what happens from today? 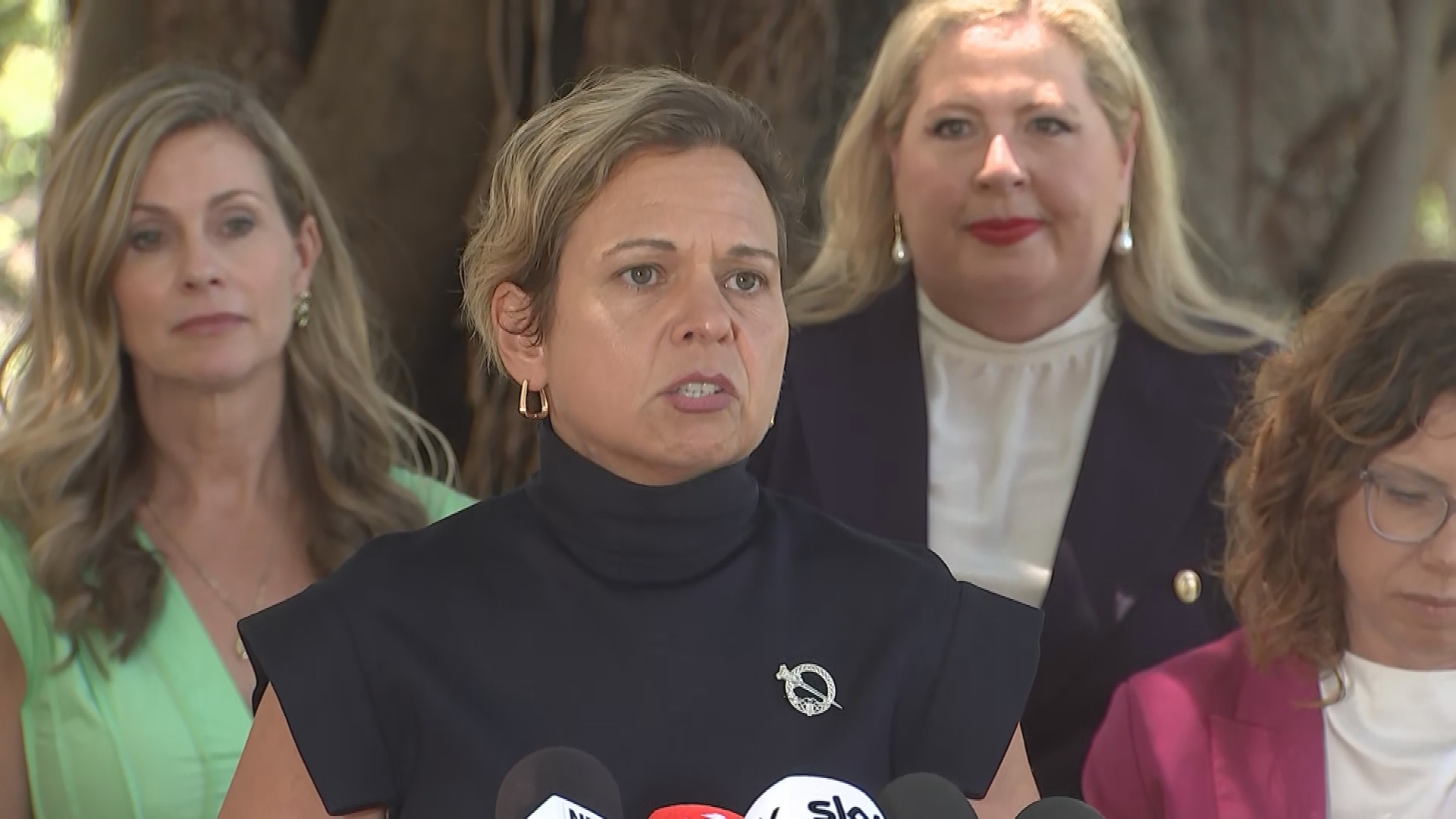 Rowland plans to convey the outcome of the roundtable to the Commonwealth and state and territory attorneys-generals.

The perspectives of victim-survivors will continue to inform decisions made by the government.

The communications department and eSafety commissioner will work to implement regulatory mechanisms for "transparency and change" on dating app platforms.

What do the experts think should be done?﻿

In the wake of today's summit, domestic violence workers say education initiatives have to be implemented on the dating app platforms and technology should be better used.

Shaan﻿ Ross-Smith, who has a long history of working with domestic violence victims, told 9news.com.au that educational prompts in the terms and conditions of the app should be implemented when people sign up.

"There is a responsibility on dating apps to do what they can where they can," she said.

"Dating apps could give perpetrators information about what is not cool to do like 'do you know this constitutes domestic violence or this is a toxic interaction'."﻿ 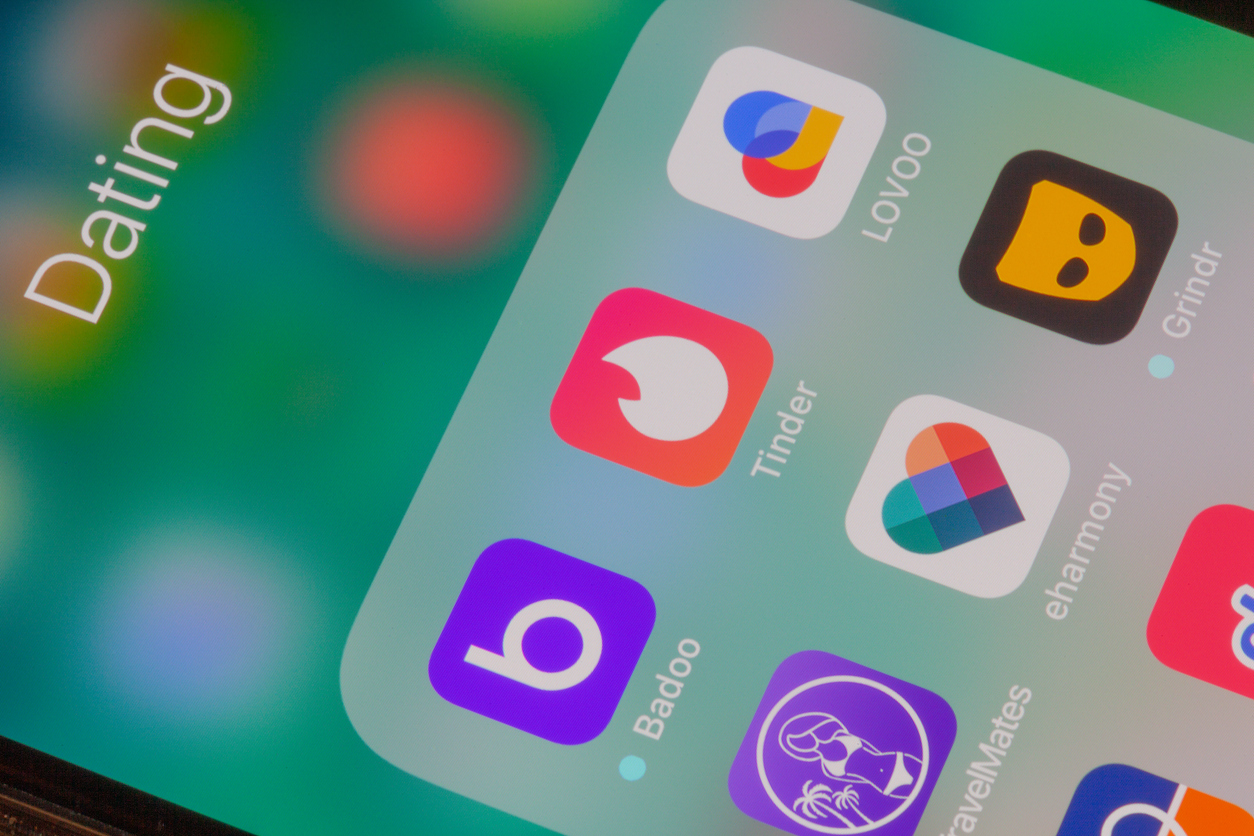 ﻿She added digital nudges should also be implemented.

"There should be campaigns inside the dating apps like a digital nudge every time someone opens it to say 'hey remember this is what a safe interaction looks like'," she said.

Or even pop-up relationship tips or notifications about what toxic, unhealthy, abusive ﻿interactions look like or first-date tips on how to set safe boundaries.

But Ross-Smith the onus should not be placed on the victim to protect themselves but rather the perpetrators and platforms need to be held to account.

"I think education is the biggest and best thing we can do," she said.﻿

FullStop Australia﻿ director of clinical and client services Tara Hunter told 9news.com.au the apps need to step up and better use technology to verify and identify perpetrators of violence and harm and those who have a criminal record.

"But we acknowledge we can't create a false sense of safety but there does need to be an integrated approach," she said.

She echoed Ross-Smith's desire for educational resources but said the apps must make these accessible and appropriate for all backgrounds. 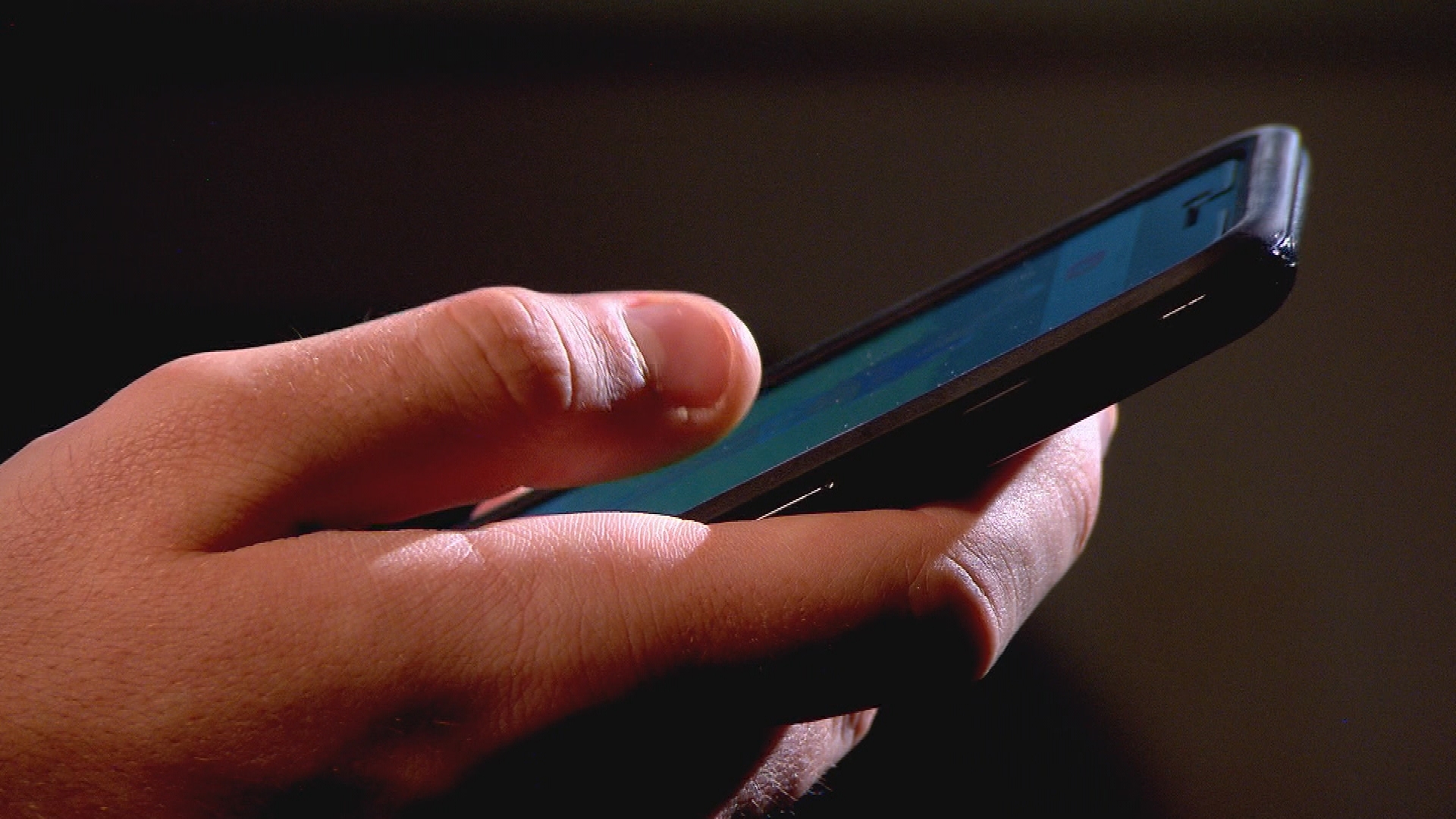 Hunter added the apps also need to be transparent﻿ about complaint processes.

"﻿If you're making a report the app should let you know what happens with that information and have the courtesy to let you know the outcome of the report," she said.

But Hunter said it isn't just up to the dating apps it's about a national approach to domestic violence.

﻿Hunter wants to see some of the ideas discussed in the roundtable implemented quickly, like technology tracking domestic violence histories, and others put forward for further consultation both for the apps and the broader government framework.