COVID-19 scare turns away US cruise ships from port

At least four ocean cruise ships were turned away from ports of call or were prohibited from letting passengers disembark in the Americas this week because of COVID-19 cases aboard.

Though other cruises have had cases since US-based ships resumed service this summer with vaccine requirements and other measures meant to minimise outbreaks, the rate of cruises forced to alter their itineraries appears to have ticked up.

The disruptions still are a far cry from March 2020, when the pandemic shut down the industry and led to weeks of efforts to get already embarked passengers and crew members home as ports closed to virus-hit vessels.

Still, this week's disruptions came amid global concern about the highly transmissible Omicron coronavirus variant, and as COVID-19 case rates rose in the US and elsewhere.

The recent cruise ship disruptions include:

A "small number of fully vaccinated crew" tested positive and all showed either mild or no symptoms, Holland America Line told CNN.

Jalisco health authorities initially were going to allow people testing negative to disembark. However, they changed their mind, citing an "exponential growth of confirmed cases in the crew" by Thursday, the department said.

Only one crew member had tested positive less than a week earlier, the department said.

The ship, which departed San Diego on December 19 with more than 1,000 passengers and more than 870 crew members, visited Cabo San Lucas and Mazatlán before it arrived in Puerto Vallarta. It was due to return to San Diego as scheduled on Sunday.

Holland America Line, like the other cruise companies in this story, requires passengers and crew to be fully vaccinated against COVID-19, with some exceptions for children.

READ MORE: What you need to know about NSW's renewed COVID-19 restrictions 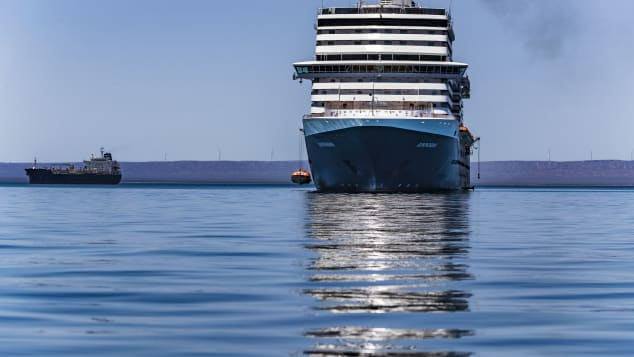 Ports in the Caribbean islands of Bonaire and Aruba turned away the Carnival Freedom ship on Wednesday and Thursday, respectively, after "a small number" of people aboard tested positive for COVID-19, the cruise line said.

However, the company lined up a replacement stop Friday in the Dominican Republic.

It was allowed to stop in Curacao on Tuesday.

Dr Izzy Gerstenbluth, the national epidemiologist for Curacao, said the ship alerted him before it arrived that crew members had tested positive.

After he visited the ship and determined the cases were contained among the crew, Curacao allowed the ship's passengers to leave the ship, with the crew remaining on board, he said.

The ship returned to Miami as planned on Sunday, the cruise line said.

His wife, Connie, praised the company for its COVID-19 safety protocols and said they "had a good time." The couple said they plan to sail with the company again in two weeks.

Other passengers reported a different experience.

"It was horrible," Leah Murray told WPLG of her frustration over the COVID-19 cases aboard.

"They didn't inform us of hardly anything. They let everybody go about their business."

She said she felt the line was "very irresponsible" with COVID-19 protocols. 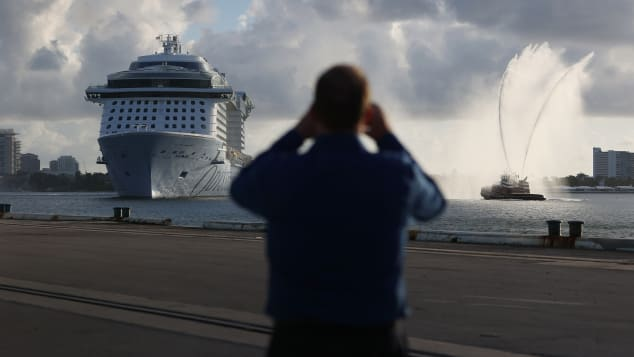 Officials in Curacao and Aruba turned away the Royal Caribbean Odyssey of the Seas this week after 55 fully vaccinated crew members and passengers contracted COVID-19, the Miami Herald reported Wednesday.

Curacao health officials decided the percentage of people aboard who tested positive was too high for the nation to allow the ship to dock, the Curacao Chronicle reported.

The ship is due to return to Florida's Fort Lauderdale as planned on Sunday.

According to Royal Caribbean, the ship can accommodate up to 5,550 guests plus 1,600 crew members. It wasn't clear whether the ship was fully occupied.

Colombian officials prevented the Seven Seas Mariner from letting anyone disembark in Cartagena on Wednesday, after seven positive COVID-19 cases, in six crew members and one passenger, were reported.

The ship began an 18-day trip from Miami to San Francisco on December 18.

Also this month, at least 48 people who were aboard the Royal Caribbean Symphony of the Seas tested positive for COVID-19, the cruise line said after the ship finished its trip in Miami December 18. 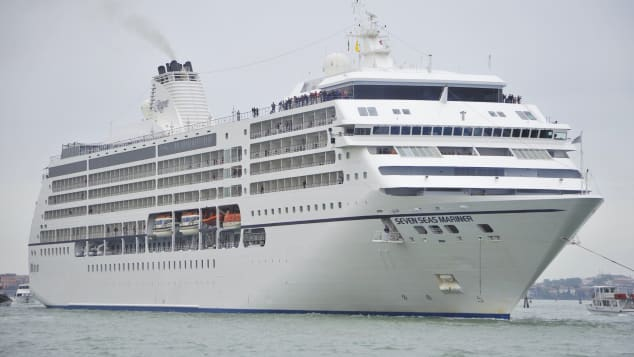 That ship, carrying more than 6,000 passengers and crew members, stopped at three islands and did not report an itinerary disruption.

The altered cruises represent a small fraction of the dozens of cruise ships underway in the Caribbean Sea, the Gulf of Mexico, the wider Atlantic and the Pacific at any given time this month.

Positive COVID-19 tests aboard cruise ships aren't unique to this month, they have happened other times since cruises resumed departures from US shores this summer.

In August, for instance, 27 people tested positive aboard a Carnival cruise ship before it called on a port in Belize City.

However, while those testing positive were isolated on the ship, other people were allowed to disembark there if they provided proof of a negative test.

Now, the spread of the Omicron variant "may shape how some destination authorities view even a small number of cases, even when they are being managed with our vigorous protocols," Carnival spokesperson AnneMarie Mathews told CNN Friday in a prepared statement.

"Some destinations have limited medical resources and are focused on managing their own local response to the variant," Ms Mathews added.

"Should it be necessary to cancel a port, we will do our best to find an alternative destination," Ms Mathews said.

READ MORE: NSW residents urged only to get tested if sick as clinics overwhelmed

Cruise companies implemented many onboard health and safety requirements and have updated them as conditions changed to avoid a repeat of spring 2020.

That included requiring COVID-19 vaccines for crew members and passengers (with exceptions for children), with vaccines offering strong protection against severe illness and death.

The companies recommend booster shots for their passengers. Holland America Line says its crew members receive boosters as soon as they are eligible.

Cruise companies generally require their passengers to test negative for COVID-19 before starting the trip, and require frequent testing of their crews.

Passengers testing positive during the trip generally are required to isolate

Today in Cairns: Beaches closed due to stingers