Australia's population is set to become smaller and older than previously anticipated as a hidden impact of the COVID-19 pandemic.

The latest annual population report﻿ has revealed the long-presumed impact on population due to the pandemic – a higher mortality rate – is not the case but rather a slow in migration and the ageing population is having an effect.

There have been long-running trends of declining fertility and increasing life expectancy﻿ that contribute to an ageing population but border closures and migration losses will make a bigger impact on the country than previously modelled.

But by June 2022,﻿ as border closures ended and migration increased, the population grew by 1.1 per cent.

"This growth is still significantly lower than before the pandemic," the report said.

One of the key impacts is the slow migration due to COVID-19 border restrictions.

"The size of the population is expected to be 1.2 million people (4 per cent) smaller in 2030–31 compared with what was projected in the 2019–20 MYEFO, prior to the onset of the pandemic," the report said.

"Around 30 per cent of this difference is attributable to lower overseas migration."﻿ 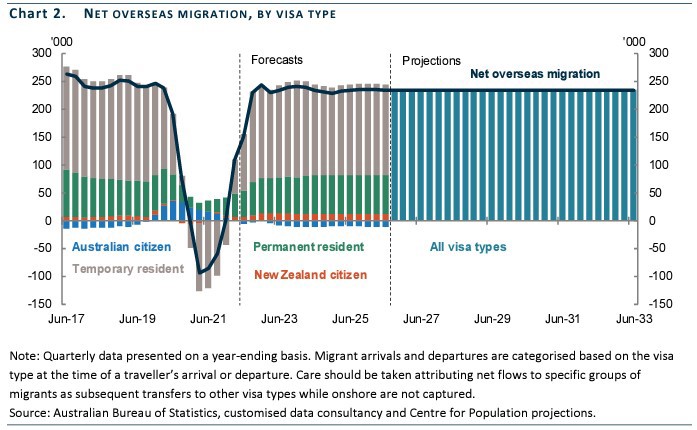 Overseas migration has been the "largest contributor" to Australia's population growth in previous years but the pause has had a bigger impact on the population outlook than officials reported.

"As a result of the international travel restrictions introduced to slow the spread of COVID-19, Australia experienced the first net outflow of overseas migration since World War II," Treasurer Jim Chalmers said.﻿

"This has had an impact on cities and regions across the country."﻿ 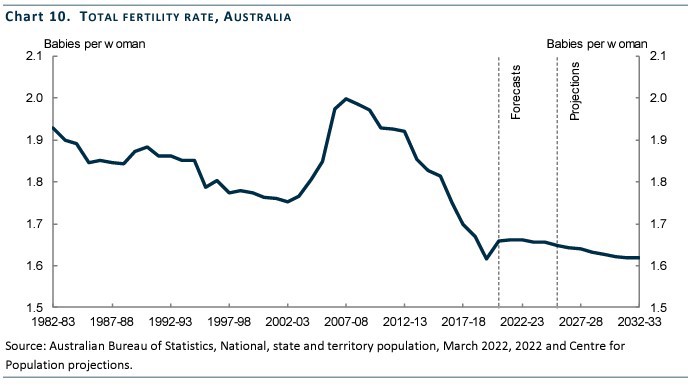 But it isn't all migration.

﻿Aussies are choosing to have children later in life and having few children, causing the fertility rate to plummet.

This accounts for the remaining 70 per cent of the difference from previous population projections.﻿

How did COVID-19 deaths impact the population?

"COVID-19 accounted for 7700 doctor-certified deaths from January to August 2022, which was 6 times higher than during the entirety of 2021," the report said.

﻿Despite the number of deaths, the report claimed the pandemic will only have a "temporary effect on mortality rates in Australia". 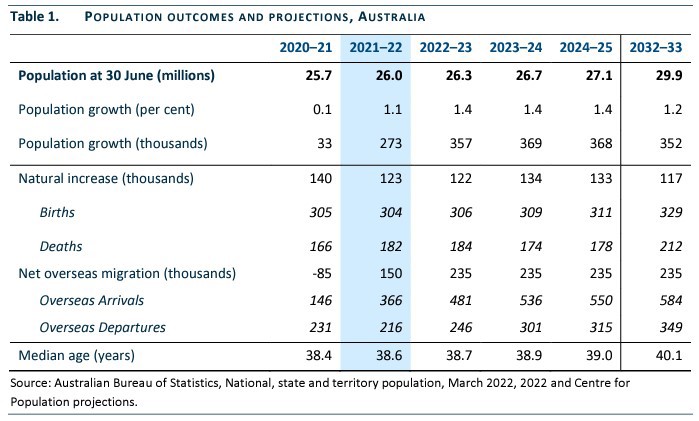 Dementia and diabetes deaths also substantially increased in the past year.﻿

The higher mortality rate in 2021-22 and 2022-23 will result in a temporary drop in life expectancy but from next year is predicted to return to the long-term gradual increase of 87 for women and 83 for men.﻿

What does an ageing population mean?

﻿As Australia is forecast to become smaller and older, an ageing population can increase the cost to the budget and burden on the working population.

"Australia's greatest long-term demographic challenge is the ageing population, with the share of people aged 65 and over doubling in the past 70 years," the report said.

"As the population ages, there will be a larger percentage of older Australians relative to the people of working age."

The report said the ageing population, created by the large baby boomer generation, will present a long-term economic and fiscal challenge for Australia.﻿

GN chats with a CEO – Clare Mockler, City of Adelaide