Russia is close to taking control of most of the salt mining town of Soledar in Ukraine's east after a month-long battle with Ukrainian forces.

Ukrainian officials said the fierce fighting is bringing new levels of death and devastation in the grinding battle for control of eastern Ukraine that is part of Moscow's wider war.

"Everything is completely destroyed. There is almost no life left," Ukrainian President Volodymyr Zelenskyy said of the scene around Bakhmut and the nearby Donetsk province city of Soledar.

"The whole land near Soledar is covered with the corpses of the occupiers and scars from the strikes," Zelenskyy said.

Russian troops alongside fighters from the infamous Wagner Group, a Russian private military contractor, have advanced in Soledar and "are likely in control of most of the settlement," the UK Defence Ministry tweeted on Tuesday.

It said that taking Soledar, 10kms north of Bakhmut, was likely Moscow's immediate military objective and part of a strategy to encircle Bakhmut.

But it added that "Ukrainian forces maintain stable defensive lines in depth and control over supply routes" in the area.

The Wagner Group's leader, Dmitry Prigozhin, confirmed in a post on a Russian social media platform on Tuesday that his forces are fighting in the area and acknowledged "heavy battles" in Soledar against a Ukrainian army he said "bravely fights." 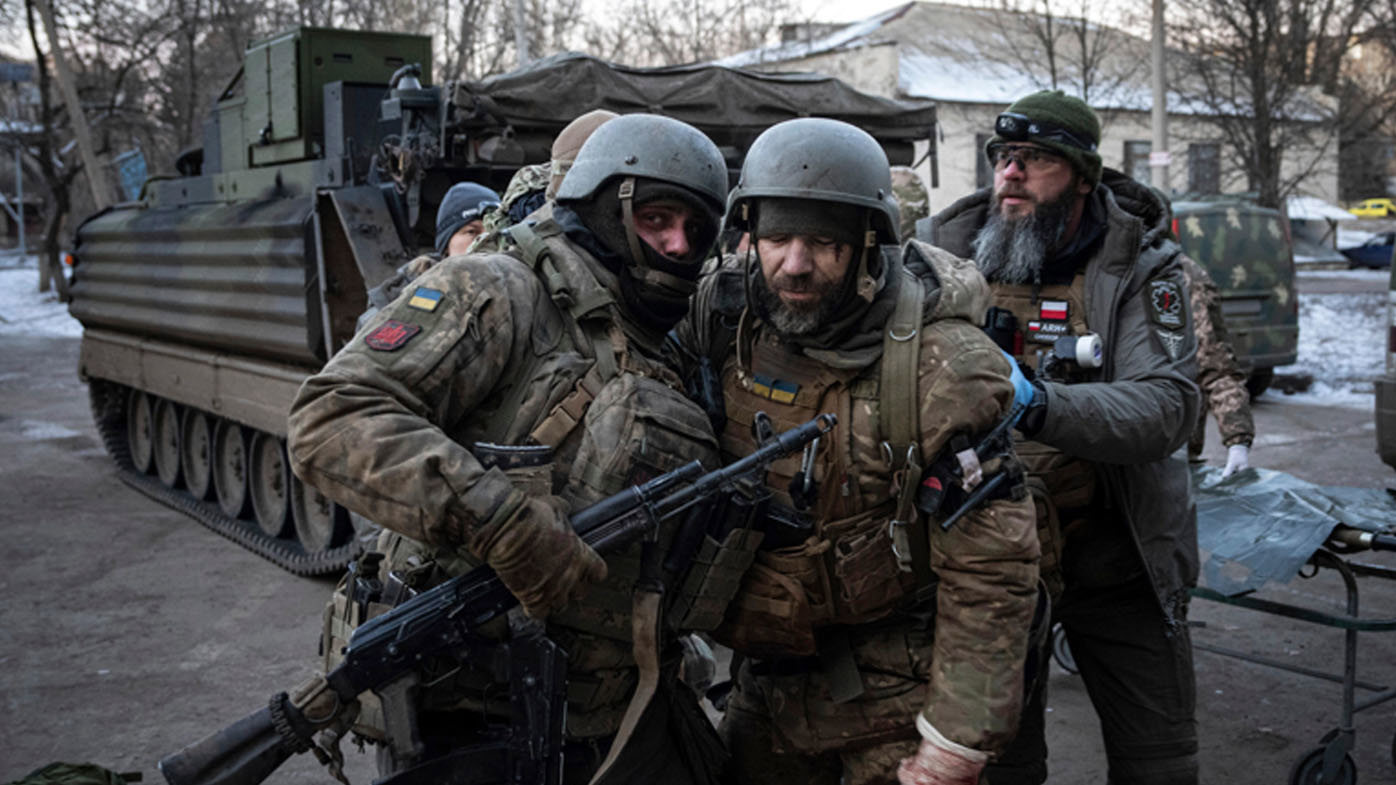 In Russia, two signs emerged on Tuesday that officials were grappling with the military shortcomings revealed during the conflict in Ukraine.

Military communications and control systems will be improved using artificial intelligence, officials said, and troops will be given better tactical gear and equipment.

And NATO Secretary-General has warned that the Russian military is far from defeated.

"They're showing a willingness to actually suffer but continue the war."