In a distinguished 30-year career with London's Metropolitan Police, Dal Babu has seen his fair share of shocking behaviour.

Yet the handling of a female recruit's sexual assault allegedly at the hands of her superior disgusted him so much he's never forgotten the incident.

A detective sergeant had taken a young constable to a call, pulled up into a side area and sexually assaulted her, Babu, a former chief superintendent, claimed.

"She was brave to report it. I wanted him sacked but he was protected by other officers and given a warning," he said.

Babu said the sergeant in question was allowed to serve until his retirement, while the woman decided to leave the force.

The alleged incident happened around a decade ago, Babu said.

He resigned in 2013 after being passed over for a promotion.

Yet, despite many public moments of apparent reckoning since, the United Kingdom's biggest police service continues to be rocked by allegations it's doing little to ensure citizens are safe from some of its own staff.

In the latest case, David Carrick, an officer from the same force, pleaded guilty to 49 offences against 12 women over an 18-year period, including 24 counts of rape.

Carrick's admission, on January 16, came almost two years after the death of Sarah Everard, a young woman who was snatched from a London street by Wayne Couzens, another officer, who like Carrick, served with the country's elite parliamentary and diplomatic protection unit. 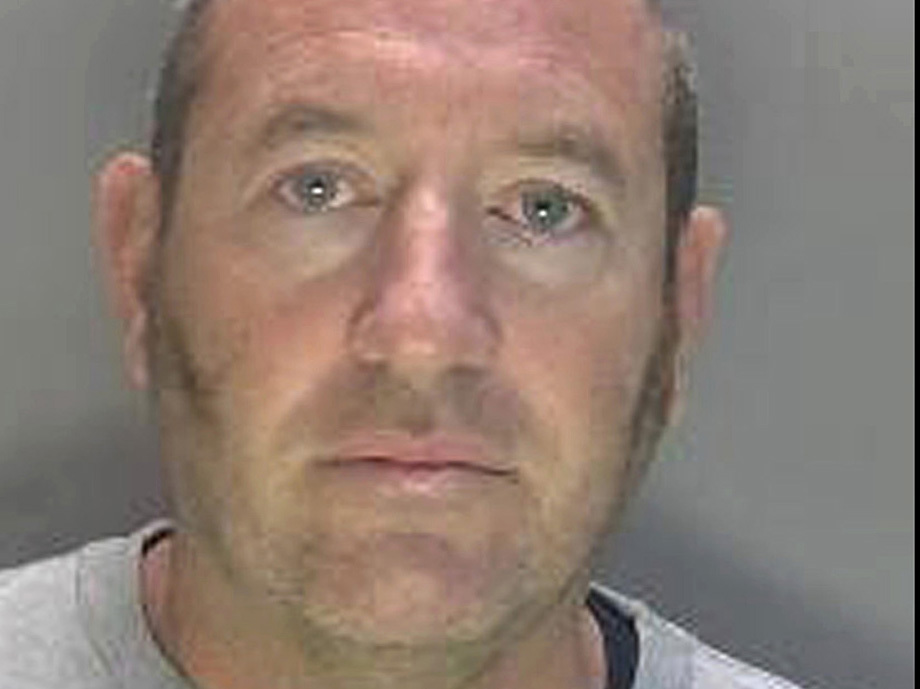 This part of the police is armed, unlike many other UK forces.

Everard, 33, was raped and murdered before her body was dumped in woodland around 95 kilometres from London, in the neighbouring county of Kent, where Couzens lived.

It later emerged that her attacker had a history of sexual misconduct, just like Carrick, who was subject to multiple complaints before and during his 20-year police career – to no avail. 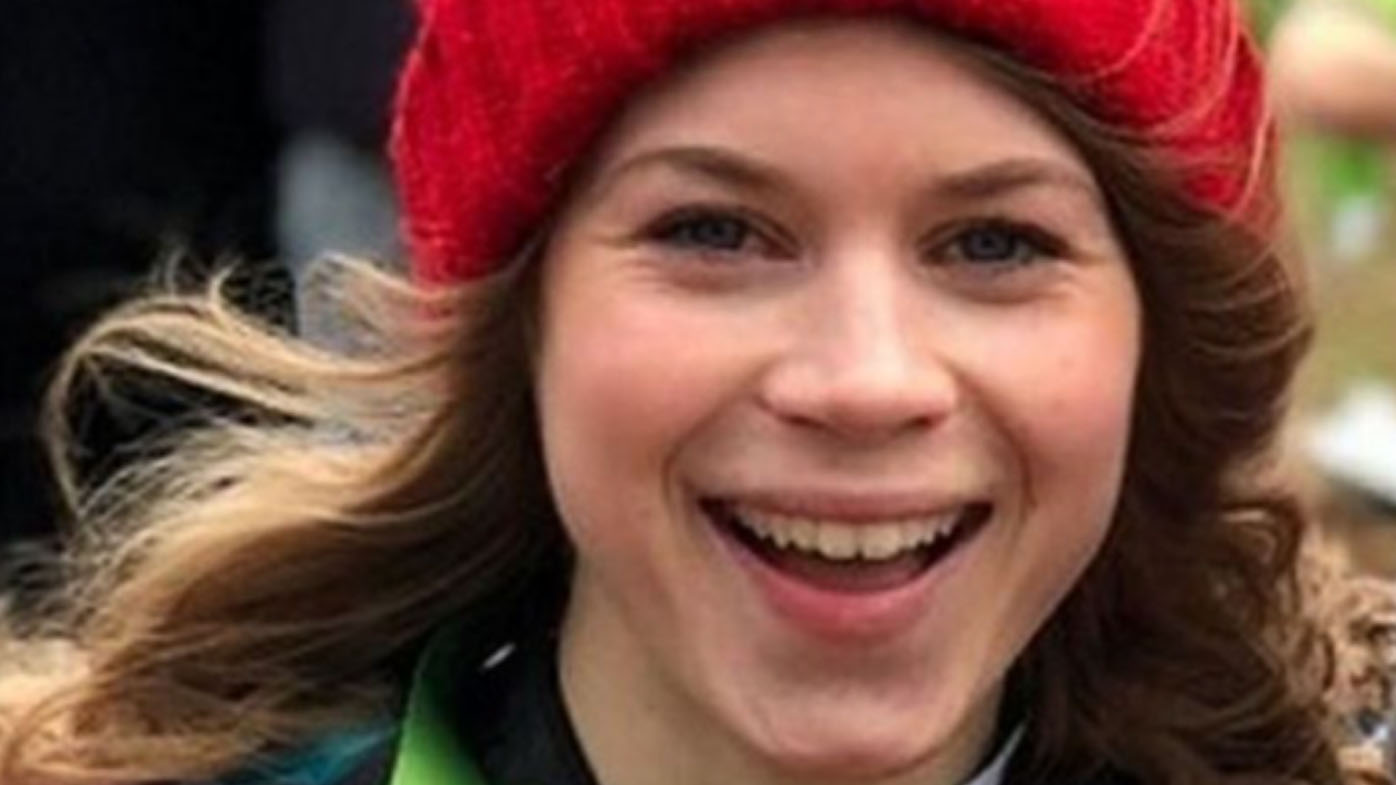 Protesters placed 1071 imitation rotten apples outside Scotland Yard, the Met Police headquarters, on Friday to highlight the same number of officers that have been placed under fresh review in 1633 cases of sexual assault and violence against women and girls that were made over the past decade.

Met Commissioner Mark Rowley apologised for the failings that led to Carrick not being caught earlier, in an interview distributed to UK broadcasters.

"I'm sorry and I know we've let women down," he said, announcing a thorough review of all those employees facing red flags.

"I think we failed over two decades to be as ruthless as we ought to be in guarding our own integrity."

On Friday evening, Rowley published a "turnaround plan" for reforming the Metropolitan Police, saying that he was "determined to win back Londoners' trust".

Among his desired reforms over the next two years, he said in a statement, was the establishment of an anti-corruption and abuse command, being "relentlessly data driven" in delivery, and creating London's "largest ever neighbourhood police presence". 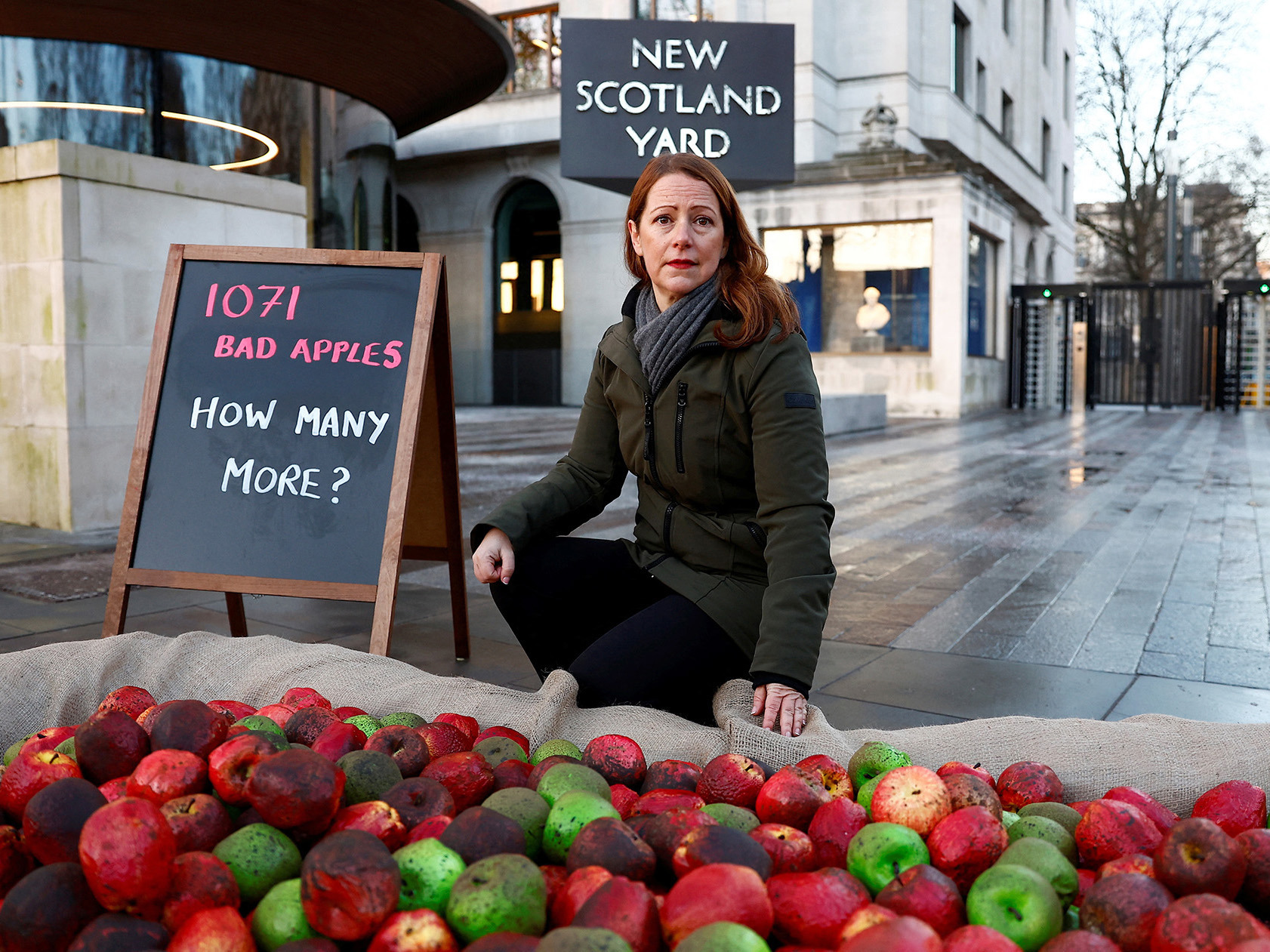 Yet Rowley has also bemoaned that he does not have the power to sack dangerous officers, thanks to the fact police can only be dismissed via lengthy special tribunals.

Independent inquiries into the Met's misconduct system have been scathing.

A report last fall found that when a family member or a fellow officer filed a complaint, it took on average 400 days – more than an entire year – for an allegation of misconduct to be resolved.

For Harriet Wistrich, a lawyer lobbying the government to give its existing inquiries into police misconduct statutory powers to better protect women, the issue of domestic abuse as a gateway towards other serious offenses cannot be overlooked.

Wistrich's Centre for Women's Justice, a campaign group, first filed a so-called super-complaint in March 2019, highlighting how existing measures designed to protect domestic abuse victims in general were being misused by police, she said, from applications for restraining orders to the use of pre-charge bail.

In the three years thereafter, as successive Covid lockdowns saw victims trapped at home with their abusers and prosecutions for such crimes plummeted, Wistrich says she noticed a trend of police officers' partners contacting her. 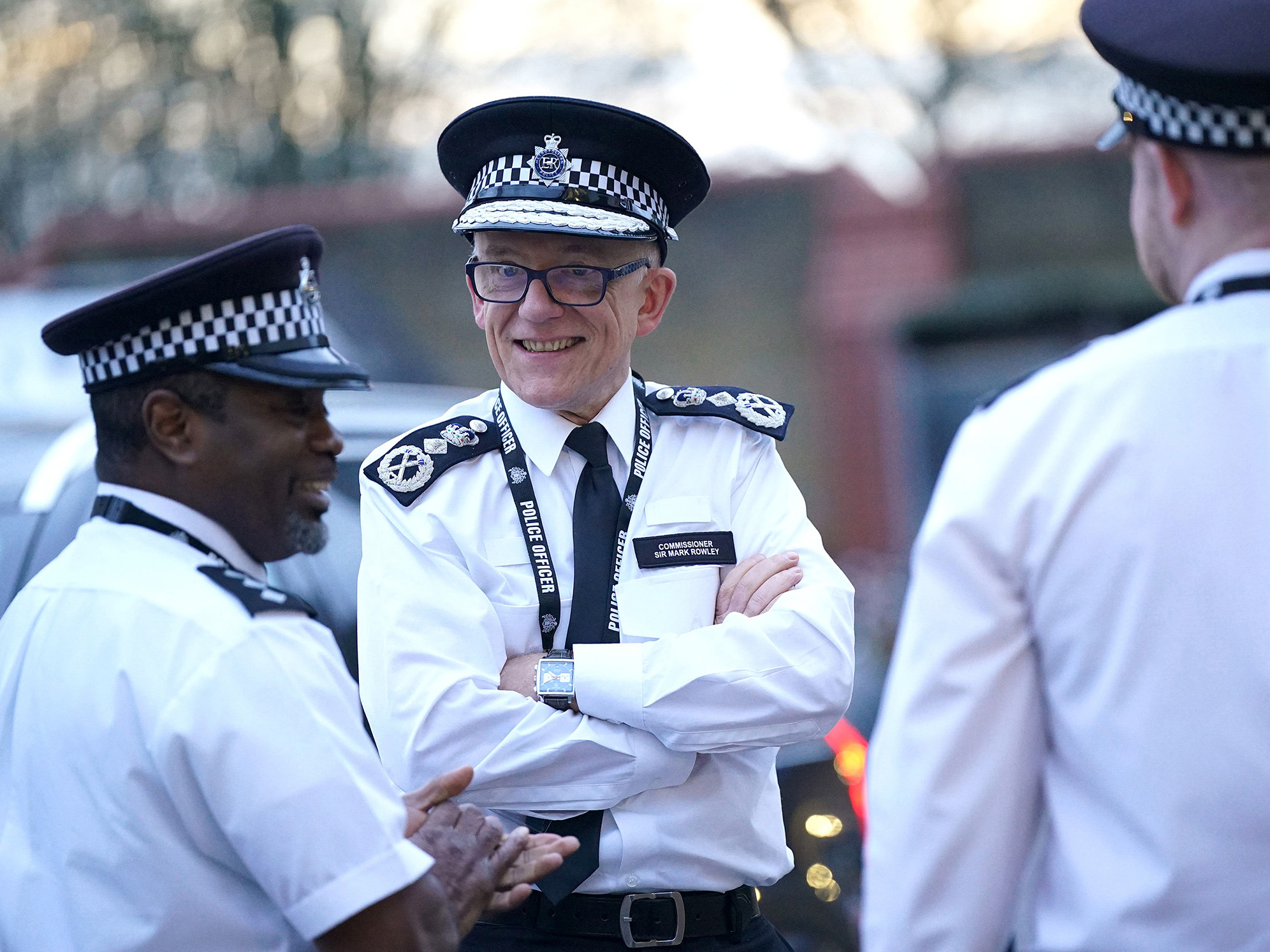 "We had been receiving a number of reports from women who were victims of police officers, usually victims of domestic abuse who didn't have the confidence to report or if they did report felt that they were massively let down or victimised and sometimes subject to criminal action against them themselves for reporting," Wistrich told CNN.

"Or (we saw) the police officer using his status within the family courts to undermine her access to her own children." Wistrich said.

"Certainly if anyone's a victim of a police officer, they're going to be extremely fearful of coming forward," she added.

Carrick's history appears to confirm Wistrich's point. He had repeatedly come to the police's attention for domestic incidents, and would eventually admit behavior so depraved it involved locking a partner in a cupboard under the stairs at his house.

When some of his victims tried to seek justice he abused his position to convince them that their word against that of a police officer would never be believed.

Experts say the scale of his offending will further erode trust, particularly among women and as long as the public is unclear about how much risk lies within the ranks of Britain's 43 police forces, tensions will simmer.

Polling commissioned by a government watchdog, the Independent Office for Police Conduct, in the aftermath of Everard's murder found fewer than half of UK citizens had a positive attitude towards the police.

The head of that same body himself resigned last month amid an investigation into a historical allegation leveled against him.

Other surveys since then have shown confidence has continued to plunge.

Even Wistrich is downbeat on whether or not the police will carry out the reforms that are needed.

"Over the years we've had a series of blows to policing, around the policing of violence against women," she said.

"We've had the kind of collapse in rape prosecutions which has been an ongoing issue for a while and then we have had the emergence of this phenomenon of police perpetrated abuse.

"But, you know, in a sense it's amazing how much trust the police have managed to maintain from the general public despite all these stories.

"So I don't know how long or how much of a major impact it will have," she said, referring to Carrick's recent guilty plea. 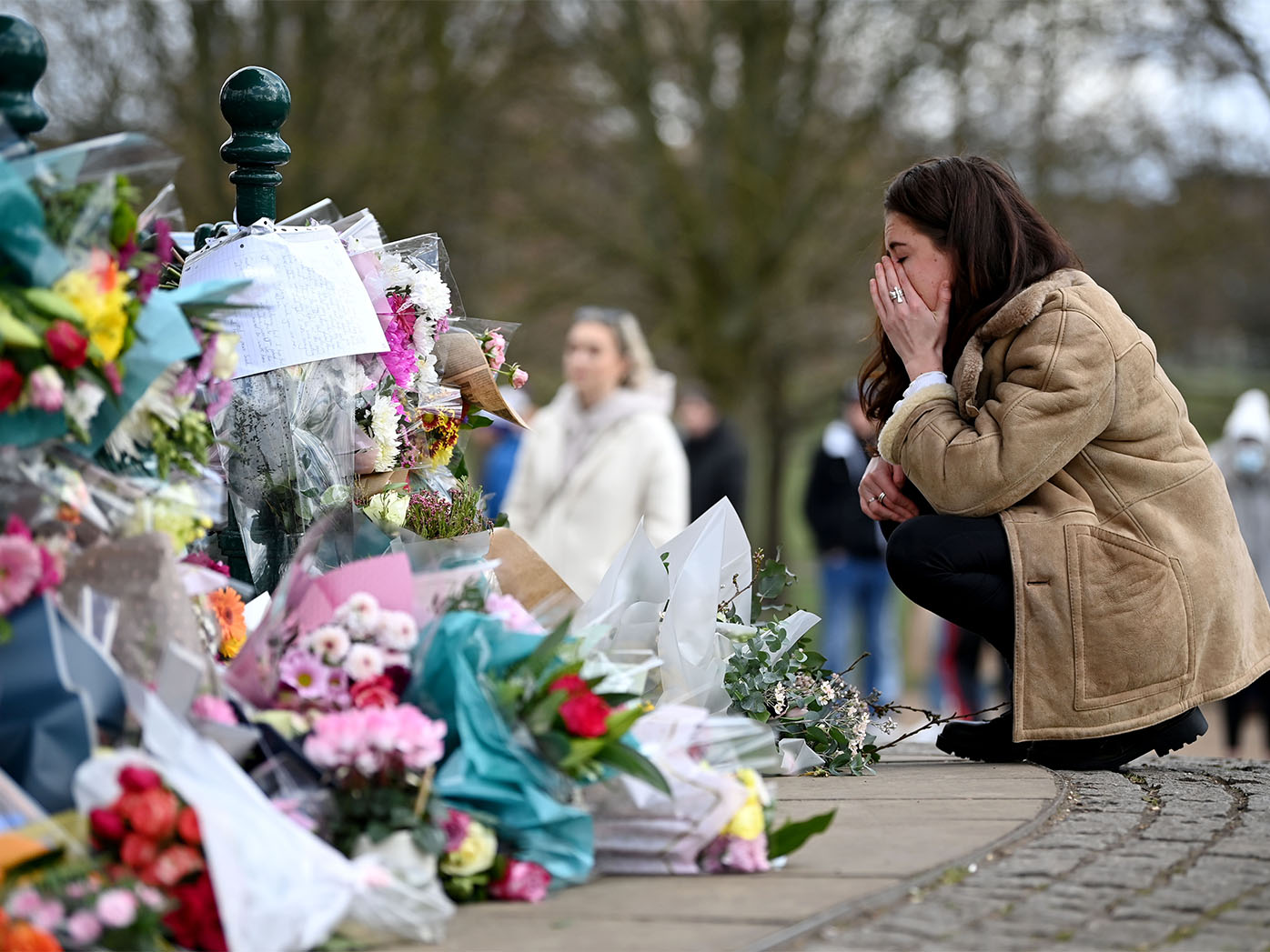 For Patsy Stevenson, one run-in with the Met was enough to alter her life's trajectory in an instant.

After deciding to take part in a vigil attended by thousands to mark Everard's death in March 2021, she was pinned to the ground and arrested by Met officers when they stormed the event on the grounds that pandemic rules in place at the time made large gatherings a health hazard and illegal.

As a photograph of Stevenson went viral, her flame-red hair tossed about as she was forced to the ground screaming with her hands behind her back, she became both a symbol of militant feminism and the focus of toxic misogyny and death threats.

She failed the physics degree she was studying for and is now raising the hundreds of thousands of pounds she said is needed to sue the police for wrongful arrest and assault.

In response to a question on Stevenson's lawsuit, the Metropolitan Police told CNN: "We have received notification of a proposed civil claim and shall be making no further comment whilst the claim is ongoing."

But the fact that the Met Police's vetting system allowed for men like Carrick and Couzens to remain on the force makes it clear that "the entire system from top to bottom isn't working", Stevenson said.

"It feels like we're all screaming out, can you just change before something like this happens? And now it's happened again." 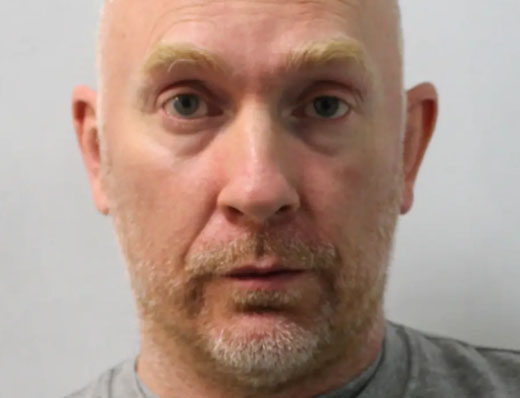 Both Babu, once the Met's most senior Asian officer, and Stevenson say the erosion of trust in British policing is not new.

Indeed, trust has been declining for years, especially among minority ethnic groups, the LGBTQ+ community and other more vulnerable sections of society, whose treatment at the hands of rogue officers is often underreported in the public domain.

In the days since Carrick last appeared in court, two retired policemen were charged with child sex offenses, and a third serving officer with access to schools was found dead the day that he was due to be charged with child pornography-related offenses.

Four Met officers are facing a gross misconduct investigation after ordering the strip search of a 15-year-old girl in a south London school last year.

A safeguarding report found the decision to search the girl was unlawful and likely motivated by racism.

The head teacher of the school in question has now resigned.

With the abduction and murder of Everard, a 33-year-old white professional woman, at the hands of an officer abusing his extra powers under COVID-19 restrictions, and the sight of multiple young women, such as Stevenson, later manhandled by the Met under the same rules, fury at this trend of impunity burst forth among a larger swathe of the population.

"This has been happening for years and years with minority groups," Stevenson told CNN.

"And only when someone of a certain color or a certain look was arrested in that manner, like myself, then certain people started to wake up to the idea of oh, hold on, this could happen to us.

"I've had death threats since then. Who can I report that to? The police?" she asked.

My own daughters don't trust the police: ex-police officer

Yet Stevenson said up until her arrest she had always trusted the police.

"I was the type of person to peek out the windows and see if there's a domestic [incident] going on, let me call the police to sort it out," she said.

"Nowadays, if I was facing some sort of harassment or something in the street, I wouldn't go to a police officer."

Despite growing up with a police officer as a father, he says they have also lost faith in the force.

"We talk about it often and, no, I don't think they do trust the police," he told CNN. "And let's be clear this is also a reflection of a wider issue: the appalling failures in this country to deal with sexual violence perpetrated towards women in general.

"I'm often worried about my daughters' safety," he said.

"Whenever they go out, even now, I always ask them to text me to tell me they have made it home safely."

Everard never made it home that night in 2021 as she walked back from a friend's house in south London, thanks to the criminal actions of a man hired to protect people like her, not prey on them.

Until Britain's police forces radically tackle the scale of possible injustice occurring on the inside, many women – and others – will rightfully be worried.