Enter a frantic scramble for a seat on a train potentially rife with COVID cases or wait in gridlock traffic for hundreds of kilometres.

That's the choice millions of people across China will make this week as they race home for Lunar New Year family reunions.

It's the world's largest mass migration of humans, and this year it will push the country's infrastructure to the very limit.

From next weekend, there will be a "golden week" of public holidays where many families will have the chance to eat, drink – and for the first year since 2019 – be merry.

Throughout the pandemic, lockdowns and other COVID prevention measures ensured that the usually hectic travel rush did not take place.

Chinese state media have declared that this year will see the return of the traditional "Spring Festival Travel Rush." 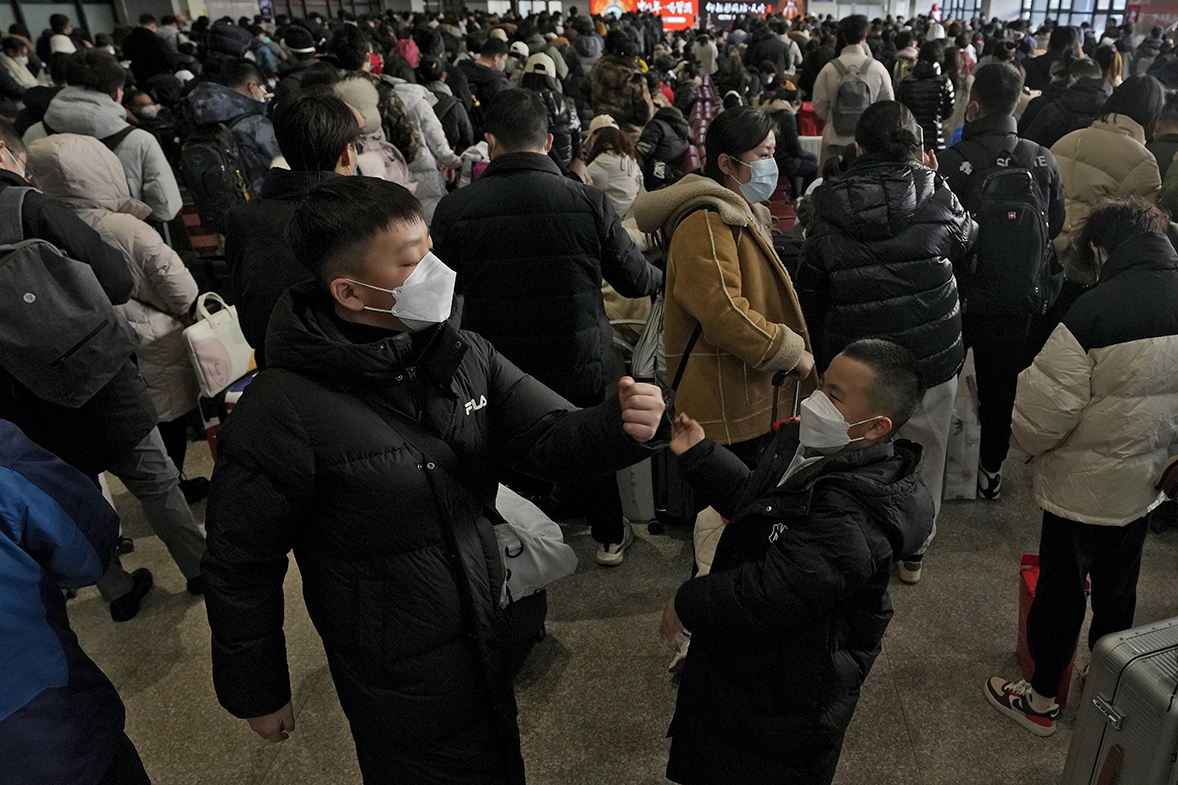 READ MORE: ﻿Lunar New Year celebrations for 2023 mark the Year of the Rabbit

People in their millions will be making cross-country journeys this week, hoping to reunite with their families in time for Lunar New Year on Saturday 21 January.

Some sources estimate that the rush to make it home will result in over a billion individual trips by road and rail.

Already a logistical nightmare to organise and execute, this year will have an additional complication.

Since the Chinese government dropped its zero-covid policy in November, rates of infection have skyrocketed.

So whether they end up on a plane, train, or automobile, people travelling for the holidays run the risk of bringing the virus home with them. 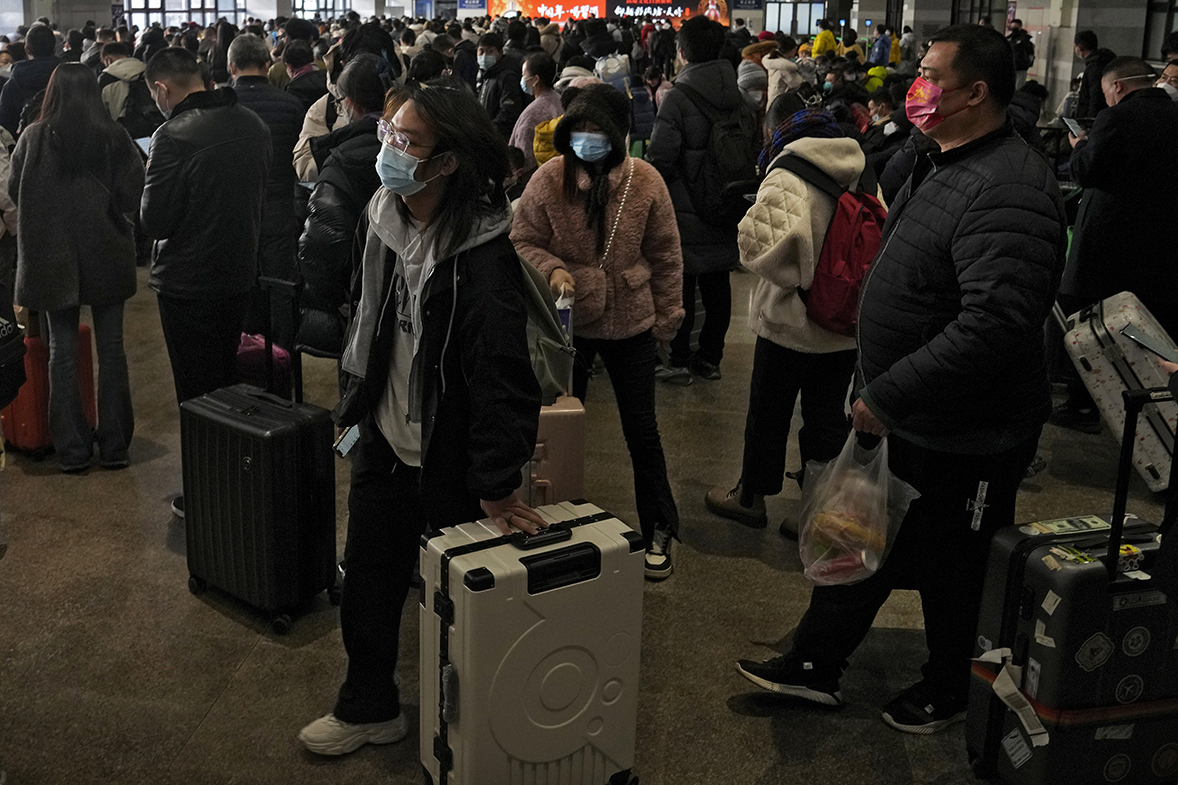 Dave*, a financial worker in the capital city of Beijing, is cautiously optimistic about the holiday period.

Speaking to 9news.com via WeChat, he said "the whole situation is a mess," but added that "it feels like we're gradually getting back to normal".

"This will be the first Spring Festival without major restrictions, since before the pandemic," he said, "but we still need to be careful." 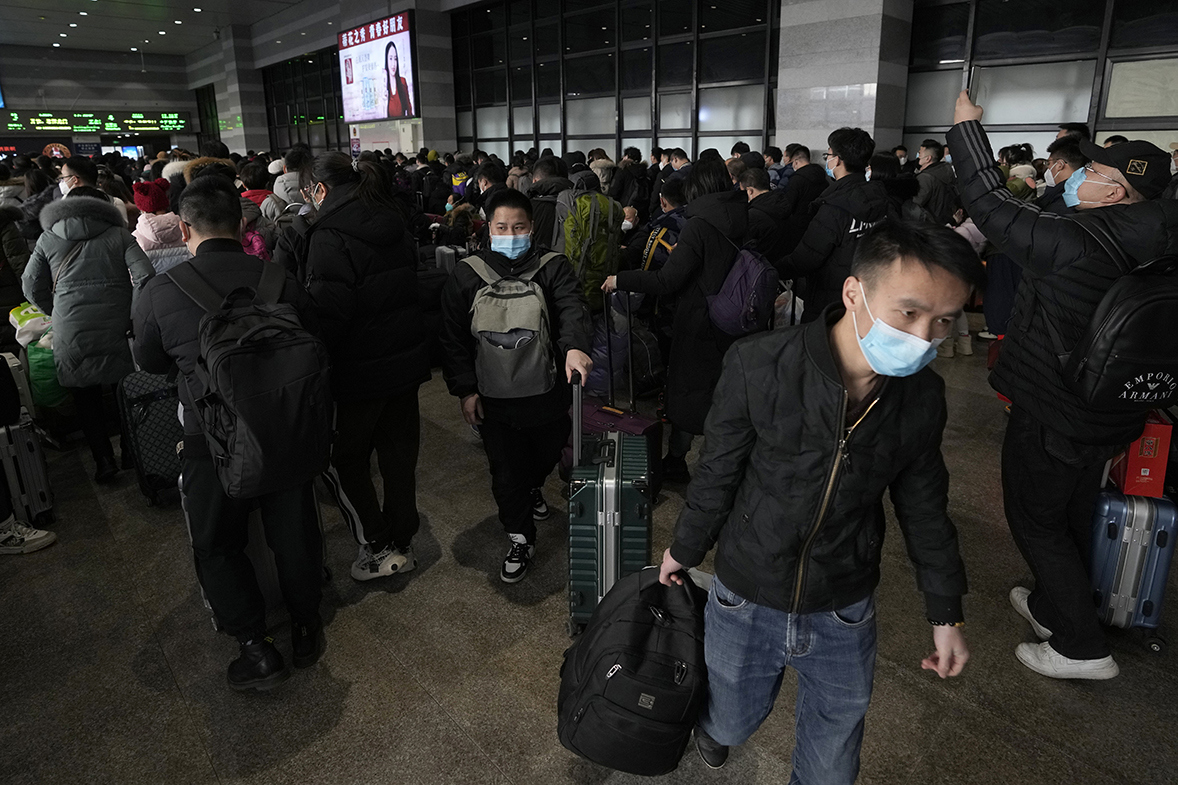 Like many residents of China's major cities, Dave is travelling back to his smaller hometown for the holiday. But with an infant child, and elderly grandparents in the family, the risk of Covid infection have forced him to alter his plans.

"My son contracted the virus at four months old. He recovered very quickly, but now I'm worried about the risk of reinfection if we take him on public transport," he said.

To protect their son, Dave's wife and son left Beijing a week ahead of the holiday, and made the 600km journey to their hometown by car.

Dave himself will take the high-speed rail home the day before the festivities begin. The young family will also delay their return to Beijing, in order to avoid the returning holiday-rush.

For families that wish to return home, but don't own a car, it could be hard to find a method of transportation that doesn't expose them to infection risk.

But with the zero-Covid policy lifted, and after huge proportions of China's population have already battled through one round of infection, it's a risk many are willing to take.

Week of wild weather looms for most of country