Uiatu "Joan" Taufua, the mother of Brisbane Broncos star Payne Haas, has been charged with manslaughter over a crash that killed three members of a Gold Coast family.

Detective Senior Sergeant Mark Procter said police would ﻿allege her vehicle was "driving in an extremely dangerous manner on the wrong side of the road at high speed".﻿

He said investigators would allege the car was travelling at "extreme speed" but couldn't say exactly how fast.

"﻿We have spoken to many witnesses, we have seized a lot of CCTV, and we have painted the picture of what happened on that afternoon," he told reporters this afternoon.

Procter said officers had tried to stop the car but didn't give chase before it collided with a silver 2018 Mercedes A200 about a kilometre down the road "a matter of minutes" later.

Police believe one of the cars hit a power pole, which fell down and caused it to catch fire.

Taufua was taken to Gold Coast University Hospital in a stable condition with an arm injury.

Police said she had been formally charged with three counts of manslaughter and one count each of dangerous operation of a motor vehicle, evading police and driving without a licence.

Procter said he expected Taufua to be released ﻿in the coming days, adding that she had not spoken to police but was now well enough to do so. 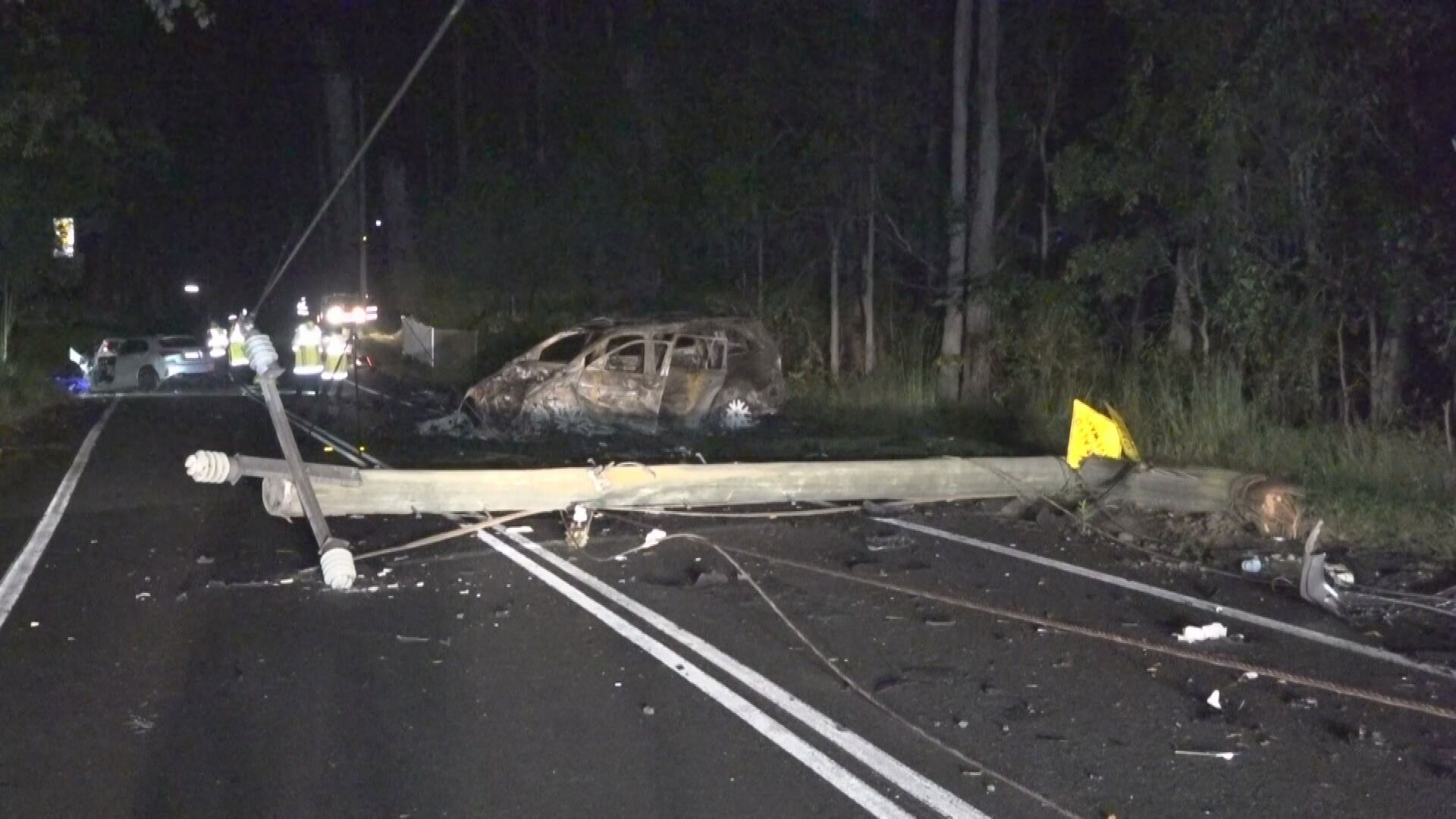 Zimmer's daughter Claudine Snow said she found out about the crash in a call from her husband.

"My mum is my best friend.

"And I sometimes forget and I go to call her and then realise she's gone.

"I have an 11-month-old baby boy who won't ever remember his aunty or his grandma."

'Major incident' as helicopters collide on the Gold Coast