Breeding of iconic dog could be banned in UK, study warns A new study has warned the breeding of English bulldogs could be outlawed in the UK if more "moderate characteristics" aren't sought.

The peer-reviewed study, published in the journal Canine Medicine and Genetics, found the breed was far less healthy than other dogs.

English bulldogs are at increased risk of breathing, eye, and skin conditions, due to their "extreme" physical features.

The dogs' shortened muzzles, folded skin and squat bodies were among the sources of heightened risk factors.

The breed – first referenced in writing in the 1600s – was originally developed as a muscular and athletic dog for bull-fighting, but over the years has been bred to be a show and companion breed.

Its physique has been linked to several health conditions, and countries such as the Netherlands and Norway have restricted the breeding of bulldogs in recent years.

Study author Dan O'Neill and his colleagues found that bulldogs were twice as likely to be diagnosed with at least one disorder than other dogs.

The breed showed predispositions for 24 out of 43 (55.8 per cent) specific disorders. 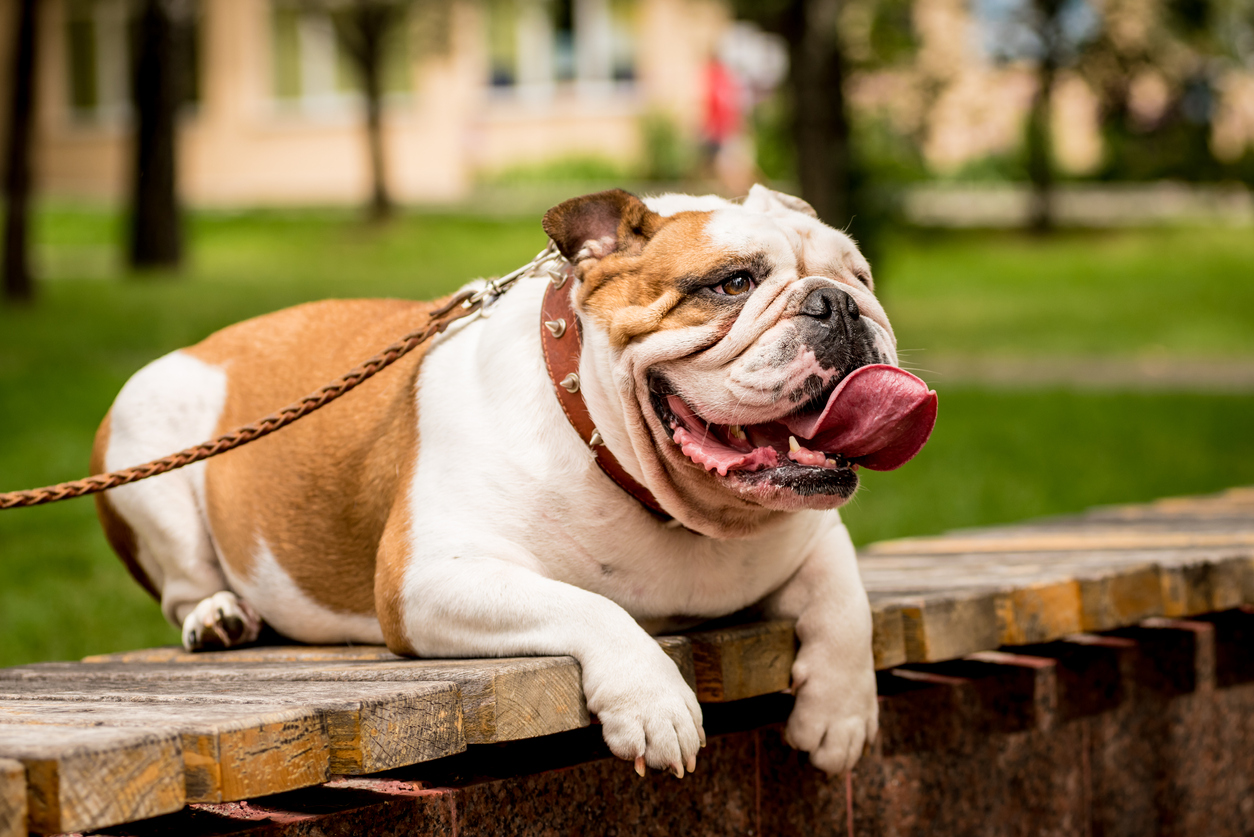 English Bulldogs were at 38.12 times greater risk of developing skin fold dermatitis than other dogs.

They were also at 26.79 times greater risk of developing an eye condition called prolapsed nictitating membrane gland (also called "cherry eye"), where the dog's third eyelid protrudes as a red swollen mass in the lower eye.

It's not all bad news – the breed was found to be at reduced risk of some conditions such as dental disease, heart murmur, and flea infestation.

"These findings suggest that the overall health of the English bulldog is much lower than that of other dogs," O'Neill said.

"However, what is most concerning is that so many of the health conditions that English Bulldogs suffer from, such as skin fold dermatitis and breathing problems, are directly linked to the extreme structure of their bodies that has been selectively bred for."

He called for breeders to concentrate on developing more moderate physical characteristics.

"Doing so will not only improve the dogs' health, but could also enable the UK to avoid following other countries in banning the English bulldog on welfare grounds," O'Neill said.

Elderly pedestrian dies in hospital after being stuck by a car