The home of Australian boxing champ Justis Huni has been hit in a drive-by shooting in Brisbane overnight.

Huni was at home with around nine other people, including two children, when five shots were pumped into the home just before 4am. The bullets are now lodged in the family lounge.

It is not known if the home was deliberately targeted.

The Aussie champion was in bed at the time of the shooting , with his father and trainer Rocki coming down to investigate after the shots rang out.

"I heard some shots, I didn't really think anything of if," Rocki Huni told Wide World of Sports.

"When I went outside to investigate I didn't see anything, by then we called the cops and then when my wife checked and she saw the holes through the curtains and the windows. There are cops all over my house with forensics right now.

"There's 10 of us living in the house, I've got my daughter staying with us – she's got two kids, one, six months, the other eight-years-old. It was crazy because right where one of those shots when through is where we feed the baby early in the morning."

Huni has held the Australian heavyweight boxing title since 2020.

He is set to compete for the vacant IBF Pan Pacific and WBO Oriental heavyweight title at Nissan Arena next week. 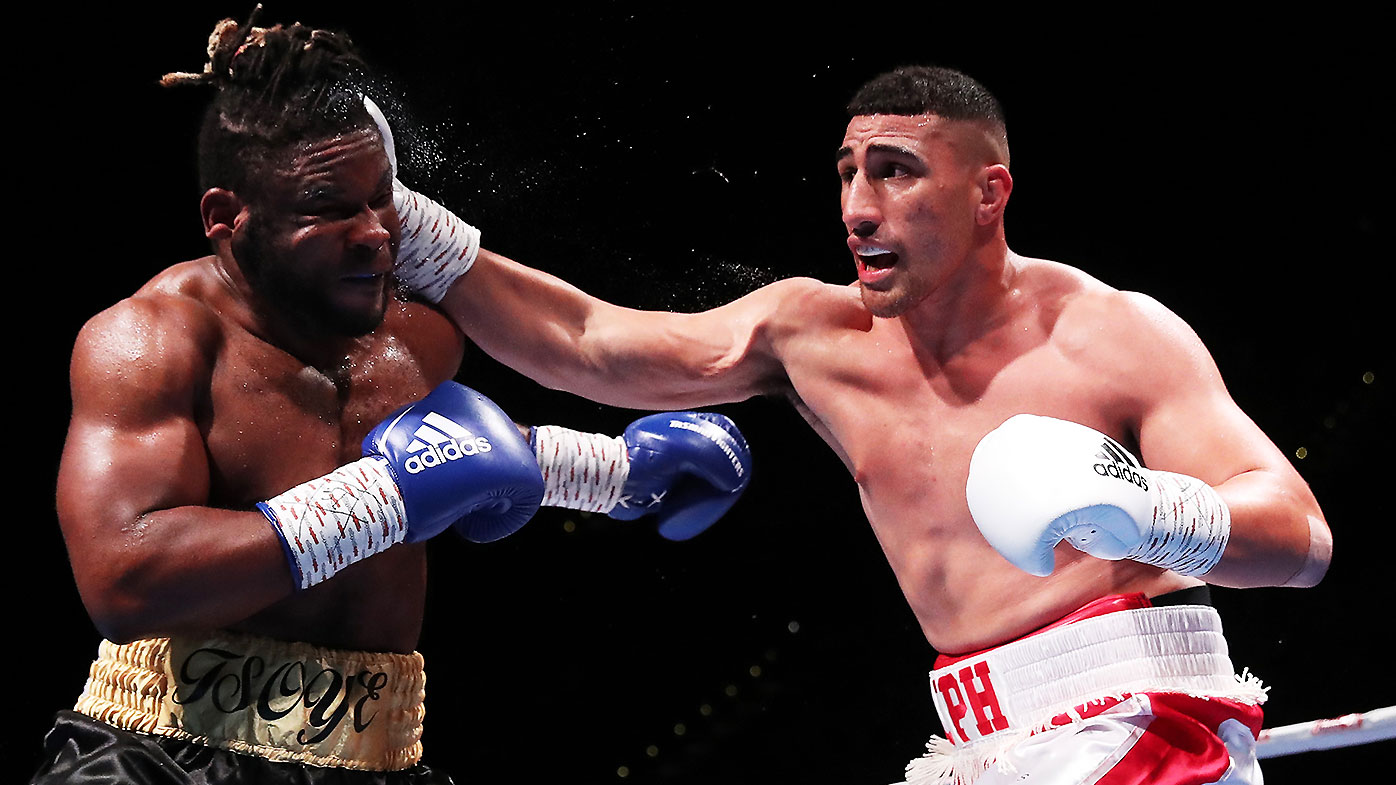