As Brazil reels from mobs of rioters swarming its seats of power, its former leader has decamped to a Florida resort, where droves of supporters flocked to cheer on their ousted president.

Devotees have traveled in recent days to the temporary home of Jair Bolsonaro, a gated community with towering waterslides, for a chance to see him. He signed autographs, hugged children and took selfies with adoring masses, some sporting "Make Brazil Great Again" shirts.

"I will always support him," said 31-year-old Rafael Silva, who left Brazil eight years ago and now installs flooring in central Florida, where he stood outside Bolsonaro's rental home Monday. "He was the best for the country."

By early afternoon, the handful of supporters in yellow jerseys dissipated as word spread that Bolsonaro was hospitalised with abdominal pain. His wife, Michelle, said on social media that he had been hospitalised for observation due to abdominal discomfort related to a 2018 stabbing that has led to multiple hospitalisations in the past.

A photo published by Brazilian newspaper O Globo showed him smiling from his hospital bed. A hospital spokesperson didn't immediately respond to a phone call and text message.

Prior to Sunday's angry storming of Brazil's Congress, the Supreme Court and presidential palace, Bolsonaro had been seen repeatedly in this central Florida community, wandering a Publix supermarket's aisles, dining alone at a local KFC and, most of all, surrounded by clusters of adoring fans. 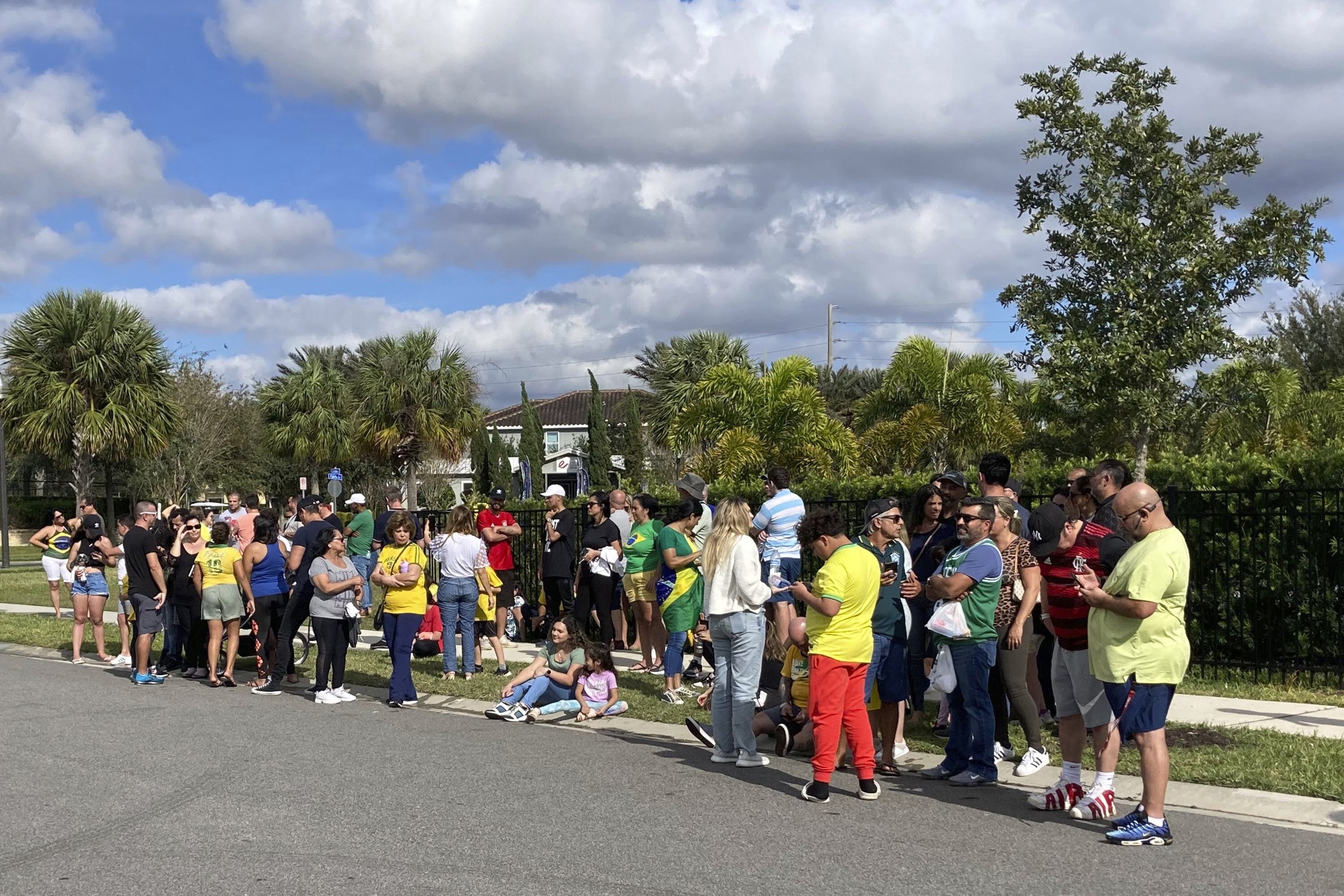 Though the Osceola County Sheriff's Office said it received a request from the Secret Service to provide a police escort for Bolsonaro when he arrived and he was still a sitting president, he has not been surrounded by a noticeable phalanx of security.

"He will make himself right at home in Florida's right-wing ecosystem of grifting and podcasting, finding allies with whomever thinks they can use him to advance their far-right agenda," said Andy Reiter, a professor of politics and international relations at Mount Holyoke College who has researched foreign strongmen.

His new home, Encore Resort at Reunion in the suburbs of Orlando, is made up of furnished rental homes with foosball tables, screening rooms, Disney decor on the walls and Mickey Mouse stuffed animals on beds. If it all seems too odd, the sight of the former leader of one of the world's biggest countries wandering a gated community a stone's throw from Walt Disney World in shorts, consider the history.

A stream of regional leaders have called the state home, at least for a time, over the past half century, from Haiti's Prosper Avril to Nicaragua's Anastasio Somoza to Panama's Manuel Noriega. Alongside a list of other Latin American notables, they've camped out in both modest homes and elaborate mansions and, in the case of Noriega, a Miami prison cell, where he served 17 years on drug charges.

When asked by reporters Monday if the US would send Bolsonaro back to Brazil, national security adviser Jake Sullivan said the Biden administration hadn't received any requests from Brazil related to the former president. 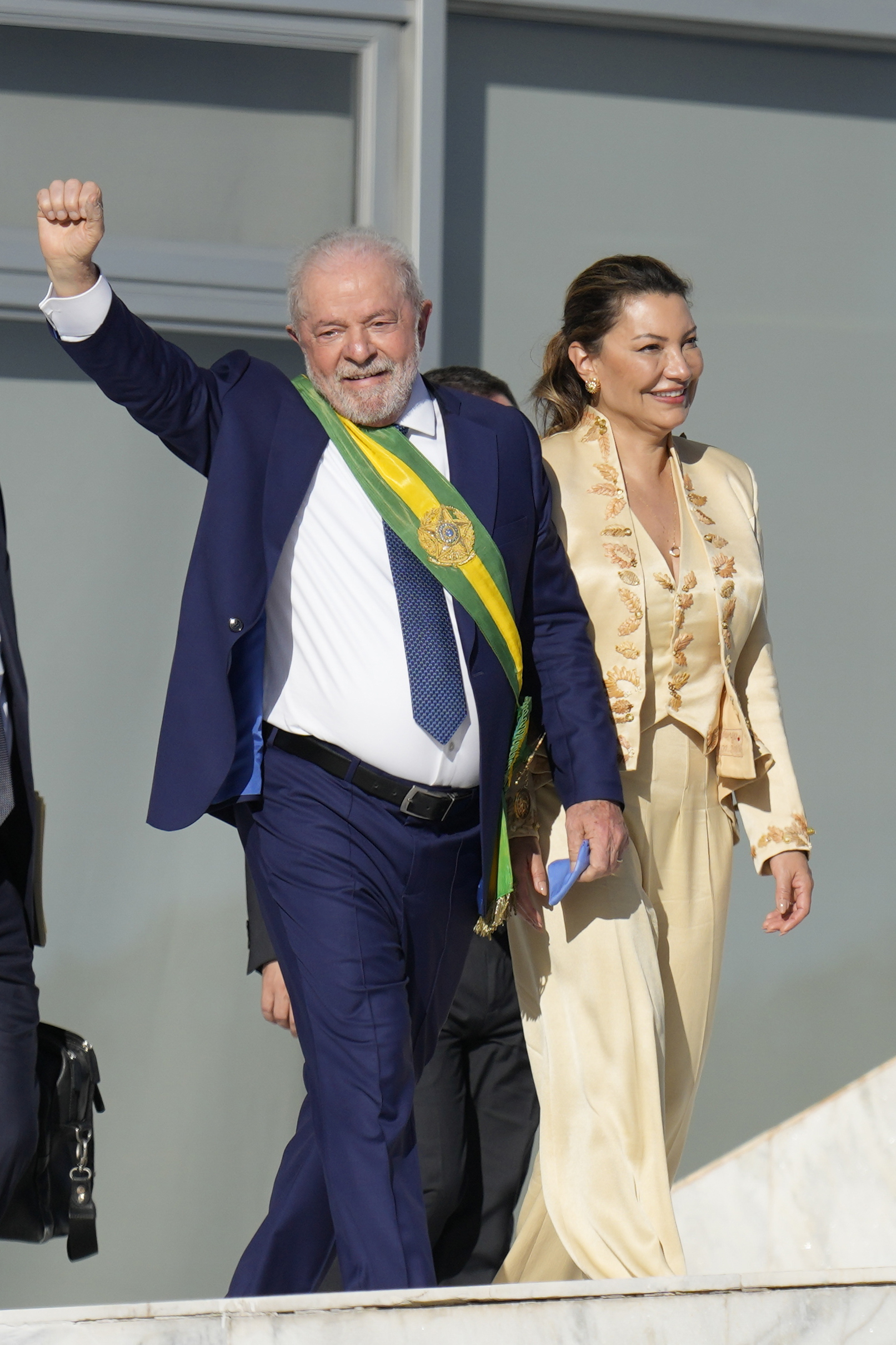 Brazilian Justice Minister Flavio Dino told reporters that, as of now, Brazil had no plans to ask the US for Bolsonaro to be extradited.

A bevy of Brazilians have been lured to central Florida in the past two decades and have in turn transformed the region with scores of Brazilian shops and restaurants.

Florida has the largest population of residents who were born in Brazil – nearly 130,000 people –- of any US state, according to the US Census Bureau's American Community Survey. Many more come as visitors, with 830,000 Brazilians traveling to central Florida in 2019, the third largest international market for the area.

In each of the 56 areas, Bolsonaro prevailed, some by margins of 6-to-1. All told, more than 16,000 votes were counted among Brazilians under the Miami umbrella, with 81 percent favoring Bolsonaro.

"He is very popular with the Brazilian emigres in central Florida," said Joel Stewart, former honourary consul for Brazil in Orlando. Brazil opened a consular office in Orlando last year.

Bolsonaro has long been called the "Trump of the tropics," so it may come as no surprise that he wound up just a few hours' drive away from the former American president's Palm Beach compound. Both rode to power fueled by right-wing, anti-establishment anger, pursued nationalist platforms while in office, then spread lies about voter fraud in their own defeats. Followers of both men attacked the seats of government in anger after their preferred candidate lost.

Rodrigo Constantino, a right-wing Brazilian commentator who lives in Florida, says he sees parallels between Bolsonaro's support in the state and the re-election triumph of Republican Governor Ron DeSantis. Both, he said, amounted to rejections of "the totalitarian, woke, economic egalitarianism and sensational demagogy of the radical left."

Whatever anger might exist against Bolsonaro in Brazil, Constantino says Brazilians living in Florida will understand and accept him.

"If he wants to come to my house and eat barbecue and chat about soccer or talk bad about communism, he will be very well received," Constantino said.