Bloody knife found in basement of missing US mother's home Investigators looking into the disappearance of a US woman found a bloody knife in the basement of the home she shares with her husband and accused him of misleading police, a prosecutor with the Norfolk District Attorney's office said in court.

Brian Walshe, 47, was arraigned in Quincy District Court on Monday on a charge of misleading investigators who are searching for Ana Walshe, a 39-year-old mother of three.

Her workplace reported her missing on January 4 after she did not show up to her job, authorities said. Police have spent days searching for her in the area around their home in Cohasset, a town about 20 miles southeast of Boston in Massachusetts.

In addition, investigators found search queries on Brian Walshe's internet records for "how to dispose of a 115-pound woman's body" and how to dismember a body, according to two law enforcement sources briefed on the investigation.

Investigators turned their focus from a missing persons case to suspicion she may have been killed after receiving new information in the last three days, the sources told CNN.

On Monday night, investigators searching for possible remains of Ana Walshe were digging through the trash of a transfer station in Peabody, a city about an hour's drive north of Cohasset, according to a source with direct knowledge of the investigation. The trash was brought to the station by sanitation crews early last week, the source said.

Crime scene tape was also put outside and around dumpsters located in an apartment complex near the home of Brian Walshe's mother in the town of Swampscott, about 24-kilometre north of Boston, the source added.

Brian Walshe claimed he went to visit his mother after his wife's disappearance, they said.

On Monday, prosecutor Lynn Beland and a criminal affidavit offered details of the investigation, calling into question Brian Walshe's statements to police about his actions and movements last week. 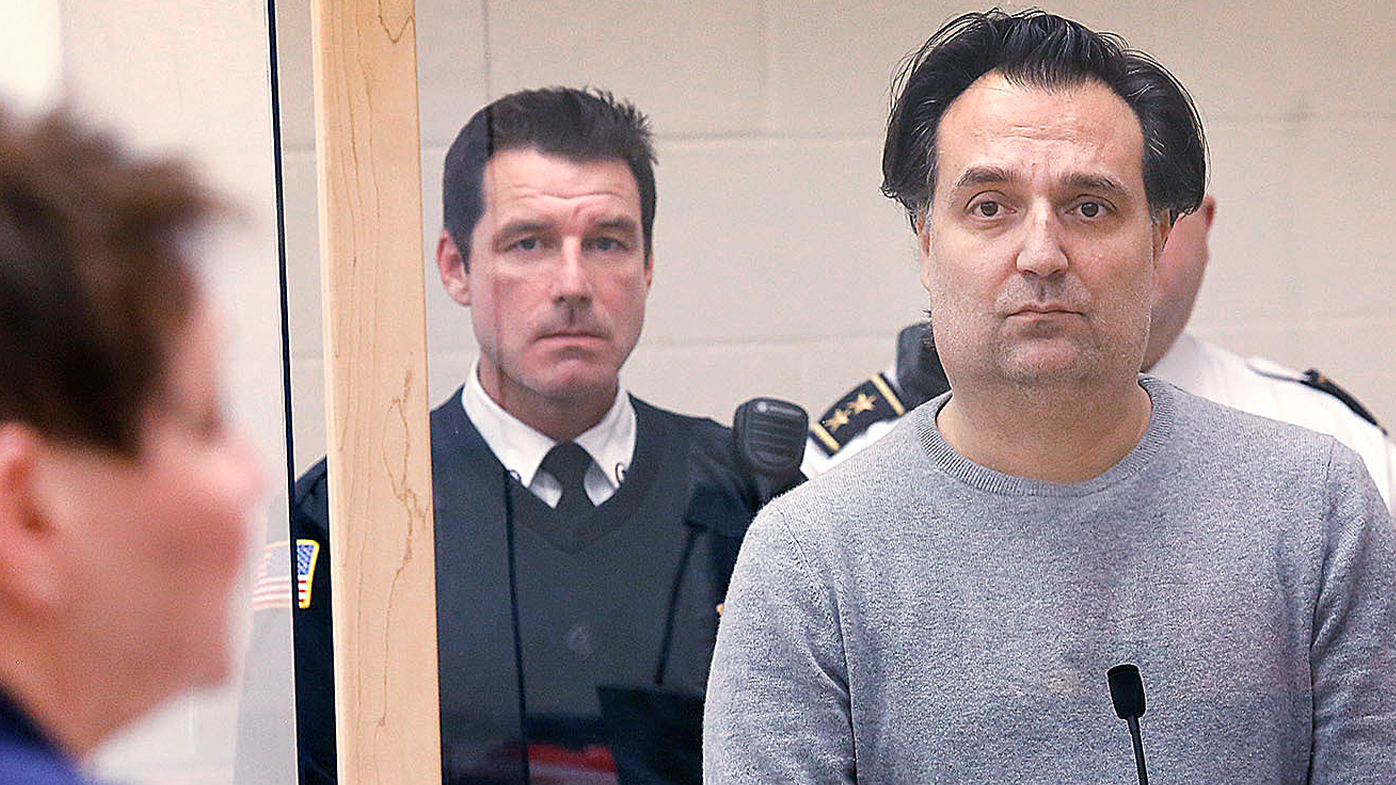 "The intentional, wilful and direct responses to questions about his whereabouts on the days of Sunday, January 1, 2023, and Monday, January 2, 2023, were a clear attempt to mislead and delay investigators," the affidavit states.

"The fact that he was asked a specific question and he gave an untruthful answer that led investigators out of the area caused a clear delay in the search for the missing person, Ana Walshe."

On Saturday, Cohasset and Massachusetts State Police said in a joint statement investigators have "concluded" their ground search for Ana Walshe following two days looking in the wooded area surrounding her home. The ground search will not resume unless new information warrants, police said.

According to authorities, Brian Walshe had told police he last saw his wife at their home in Cohasset early on January 1 when she took an Uber or Lyft to the airport to fly to Washington, DC, for work.

He also told police he went to a Whole Foods and CVS in Swampscott, a 64-kilometre drive from Cohasset, on January 1 and took his child to get ice cream the following day, the affidavit states.

However, a police investigation found there was not an Uber or Lyft ride on New Year's Day and Ana Walshe did not arrive for her flight or in DC, Beland said. Her cell phone also pinged at her home overnight on January 1st into the 2nd, Beland said.

Further, investigators reviewed surveillance video of Whole Foods and CVS in the same time period, and did not observe Brian Walshe there, according to the affidavit. Surveillance video does show he went to Home Depot on January 2 and bought A$652 of cleaning supplies, including mops, a bucket and tarps, the prosecutor said.

Police obtained a search warrant and found blood and a damaged, bloody knife in the basement of their home, Beland said.

The affidavit states Brian Walshe is on probation due to a separate federal fraud case and so is required to request leave from his home with specific times, locations and reasons.

His trip to Home Depot – in which he wore a surgical mask and gloves and paid in cash – was made during the time he was allotted to pick up his kids from school, which was not open that day, the affidavit states. 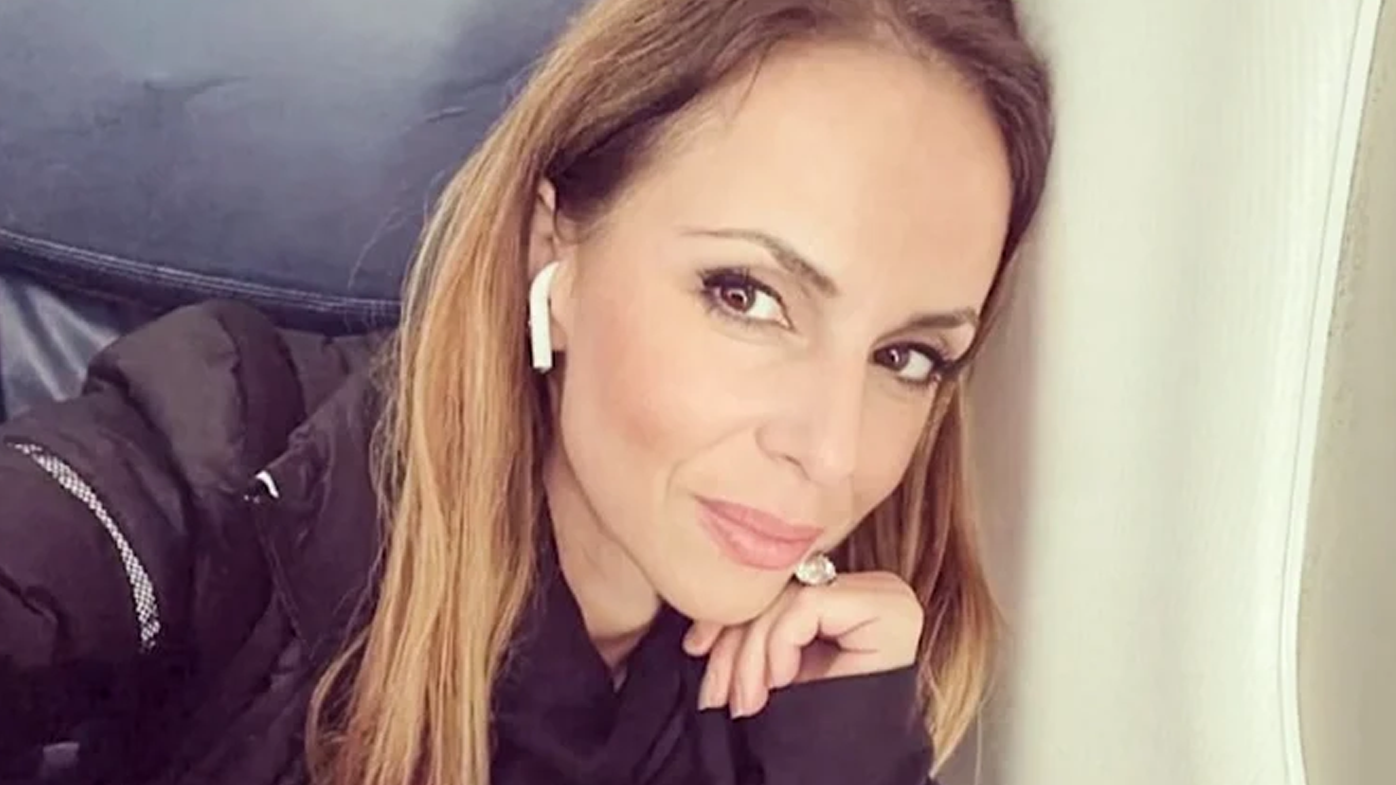 A not guilty plea was entered on Brian Walshe's behalf. He appeared in court in a long-sleeved grey shirt and spoke only briefly, to say he understood the charge.

Defence attorney Tracy Miner said Ana Walshe's employer reported her missing because Brian Walshe had first called them to ask about her whereabouts. The attorney also noted he has given multiple interviews with police and consented to search of his properties.

"He has been incredibly cooperative," she said.

"We are actively assisting the local authorities in their ongoing search for our beloved colleague, Ana, and are praying for her safe return," a company spokesperson said in a statement.

"We are devastated. Ana is such a beacon of love and Joy," family friend Peter Kirby said in a statement to CNN.

"She lights up every room. We miss her and are doing everything we can to support her three beautiful children."

In court Monday, lawyers noted Brian Walshe is under house arrest and is required to report his whereabouts because of a federal fraud case in which he was accused of selling fake Andy Warhol art online.

In May 2018, he was charged in US District Court in Massachusetts with wire fraud after the FBI said he sold two fake Warhol paintings on eBay, according to a criminal complaint.

The FBI investigators allege Brian or Ana used her eBay account to sell the paintings in November 2016, less than a year after they were married.

The complaint does not charge Ana with wrongdoing but states she spoke to the person who purchased the fakes after the buyer learned the paintings were not authentic and located her work number.

The document also alleges Brian Walshe took real artwork from a friend to sell, but never did. He did not compensate the friend for the art, prosecutors allege.

He was indicted in October 2018 by a federal grand jury on four charges in the case, including wire fraud, interstate transportation for a scheme to defraud, possession of converted goods and unlawful monetary transaction.

Last year, he pleaded guilty to three of the four counts in exchange for a recommended sentence from prosecutors of incarceration, supervised release, fines, restitution and forfeiture, documents show. He also agreed to either return the artworks or pay for them.

According to the online docket, the case remains open as the judge has not yet formally sentenced him, while the US Attorney's Office investigates Brian Walshe's finances.

The snake that can kill 60 humans with one bite