A woman says she suffers so badly from a neighbour burning coal on New Zealand's West Coast she has to wear a gas mask to sleep.

Ukrainian-born engineer Svetlana and her Kiwi teacher husband Brian Cohen moved to Westport from Invercargill last year, and began living in a caravan on a section where they plan to build their dream house.

But that dream was killed when the neighbour started burning their coal fire in late May.

"Our small town is like a gas chamber now. Everywhere in town when you're doing shopping or just going for walks, you are breathing in toxic smoke," she said.

"I can't breathe. I am coughing, my throat is burning, and I have pain in my chest," she said.

"I am not living my life like this. I have to wear a gas mask as soon as our neighbour comes home from work and lights his fire." 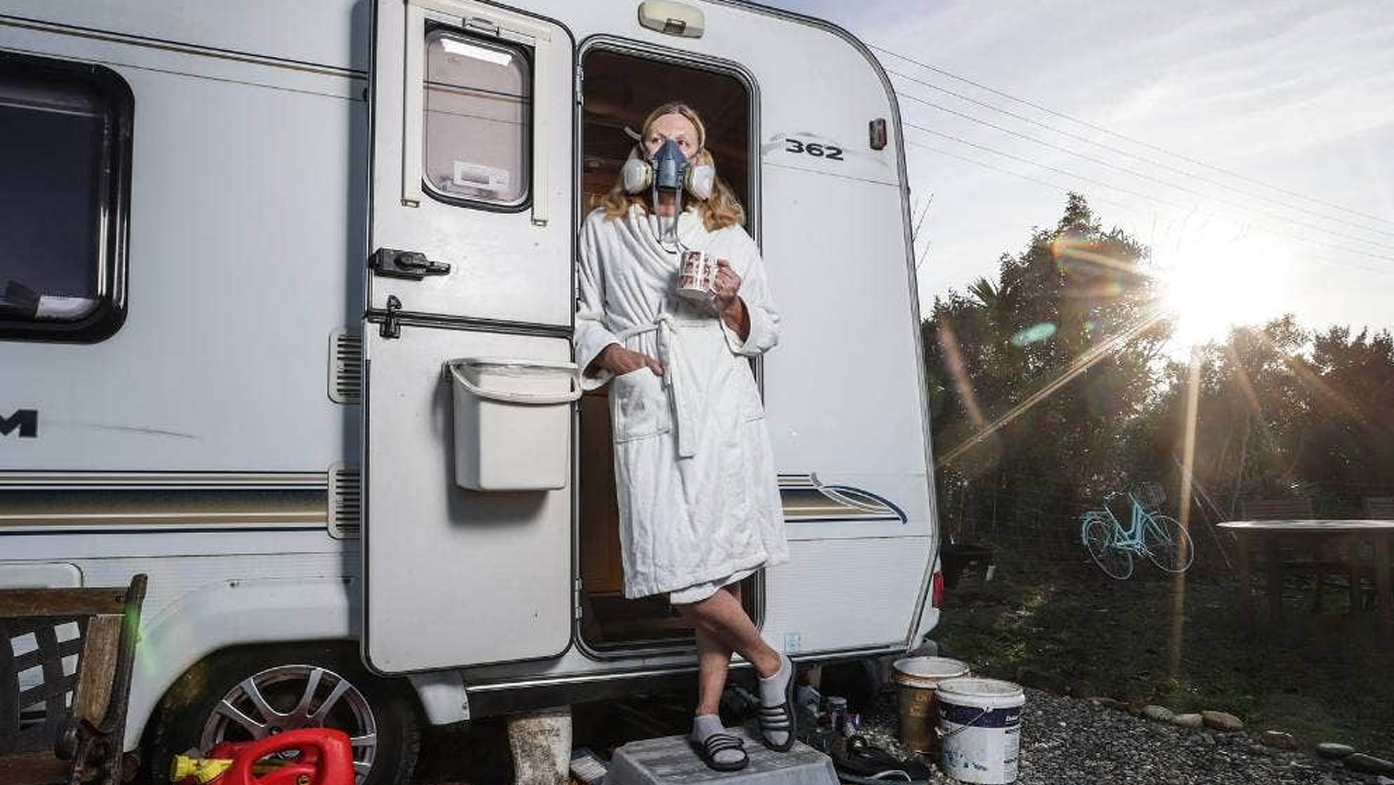 The couple were shocked to discover the West Coast has no bylaw controlling the use of coal fires.

According to the latest census, only 1.3 per cent of New Zealand homes are heated by coal, but that figure rises to 34.3 per cent on the West Coast.

Burning coal and wood is one of the two main causes of air pollution in the country, according to the Ministry for the Environment, along with traffic emissions. 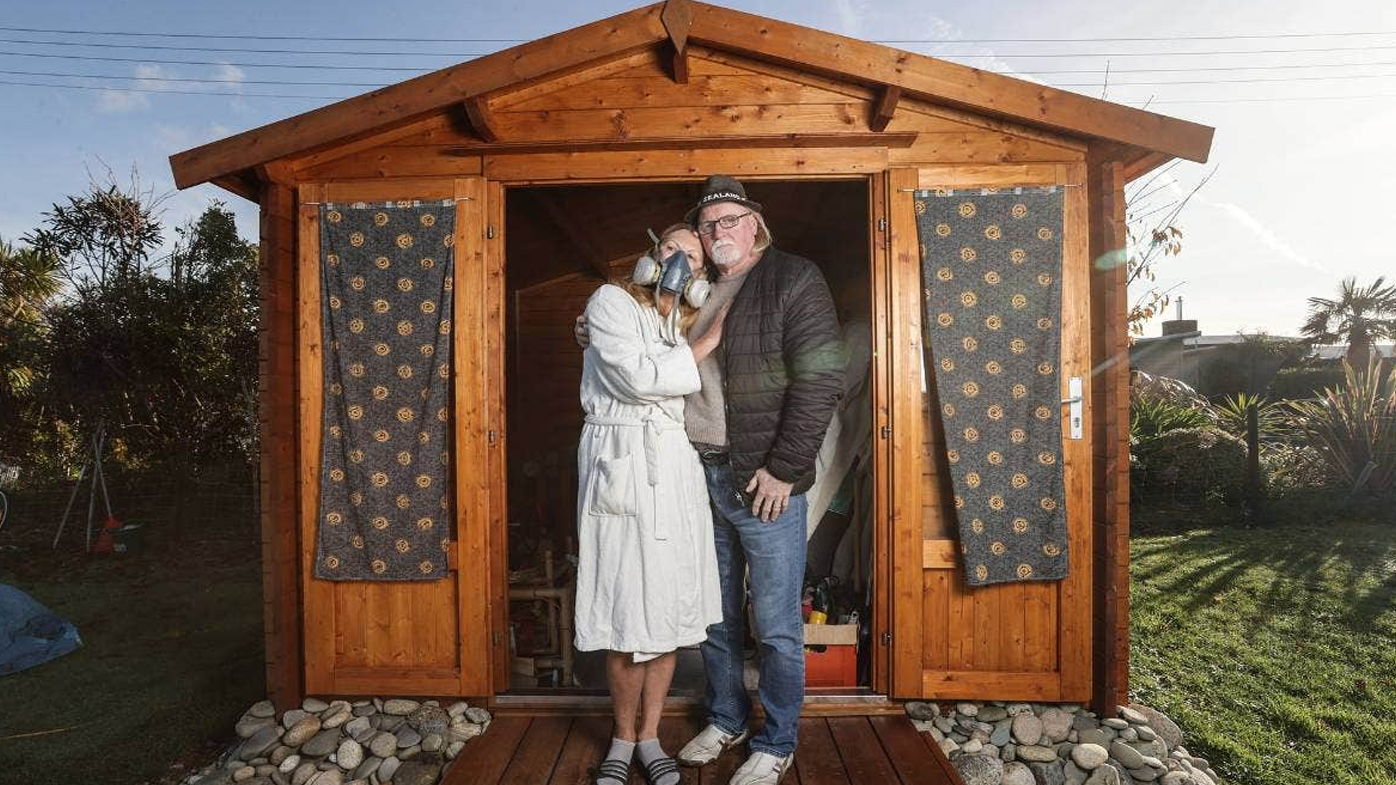 Contaminants emitted from coal fires can include tiny particles which can cause health problems.

A trailer-load of coal on the West Coast costs about $115 (A$104), and two loads will typically warm a house for the entire winter.

Husband Brian Cohen said he texted his neighbour asking him to stop burning coal because of the effect on his wife, which she has reported to her doctor.

"Two days later, he lit his coal fire. I was really upset and actually threatened to go over and smash his head in, it just made me really angry," he said.

He got a visit from a police officer who issued him with a warning.

The couple have complained to every local authority and health organisation on the West Coast, as well as the Ombudsman, so far without success.

"We got duck-shoved from one to the other, but no-one will take responsibility," he said. 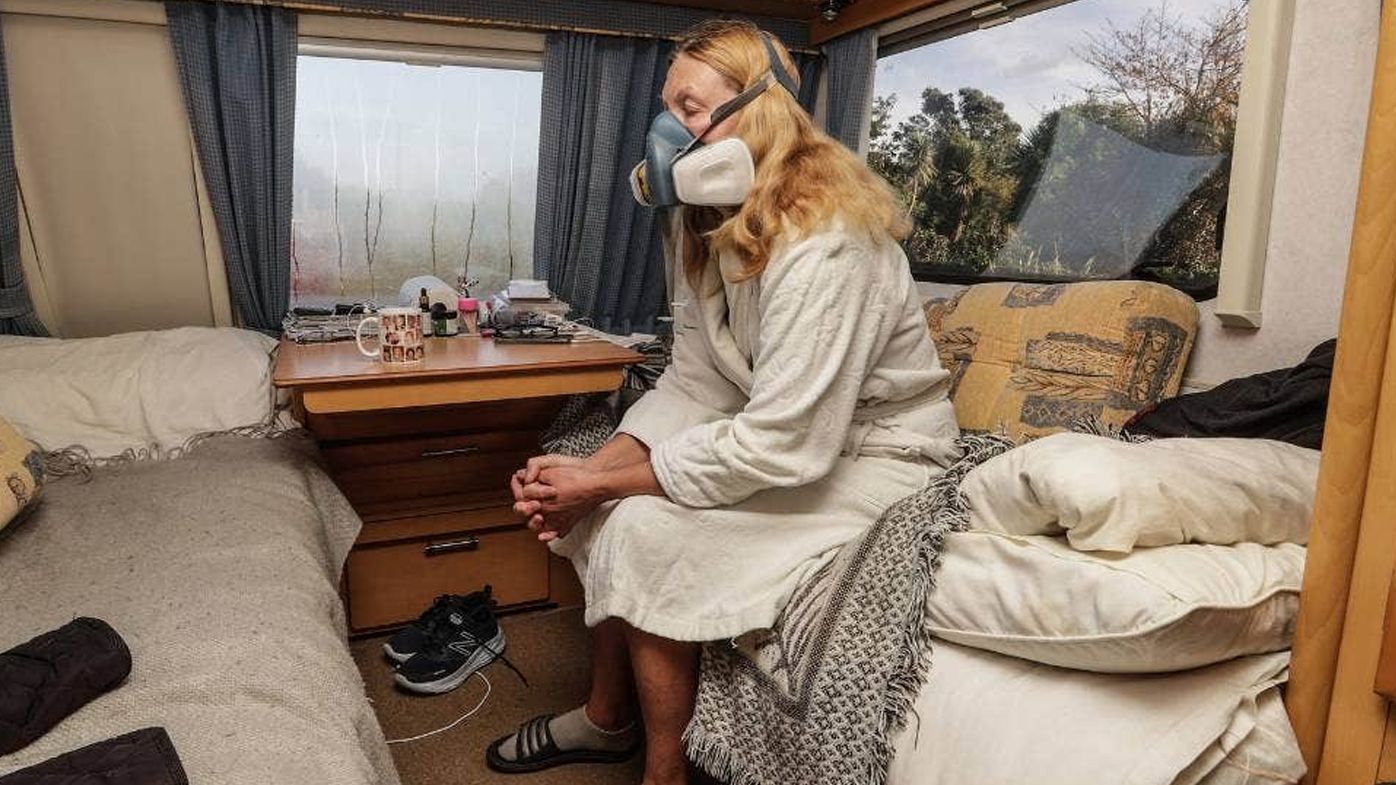 Cohen said he had support from some in the community, but others had asked "don't you realise this is a coal town?".

Some have laughed that the couple should have done some research before moving to Westport, and suggested they go back to where they came from.

They complained to the West Coast Regional Council, which told them offensive smoke could be considered a nuisance under the Health Act 1956, but that this was the responsibility of the district council.

However, a Buller District Council compliance officer said the medical officer of health had advised council that that act was ineffective in dealing with smoke complaints as it was old legislation. 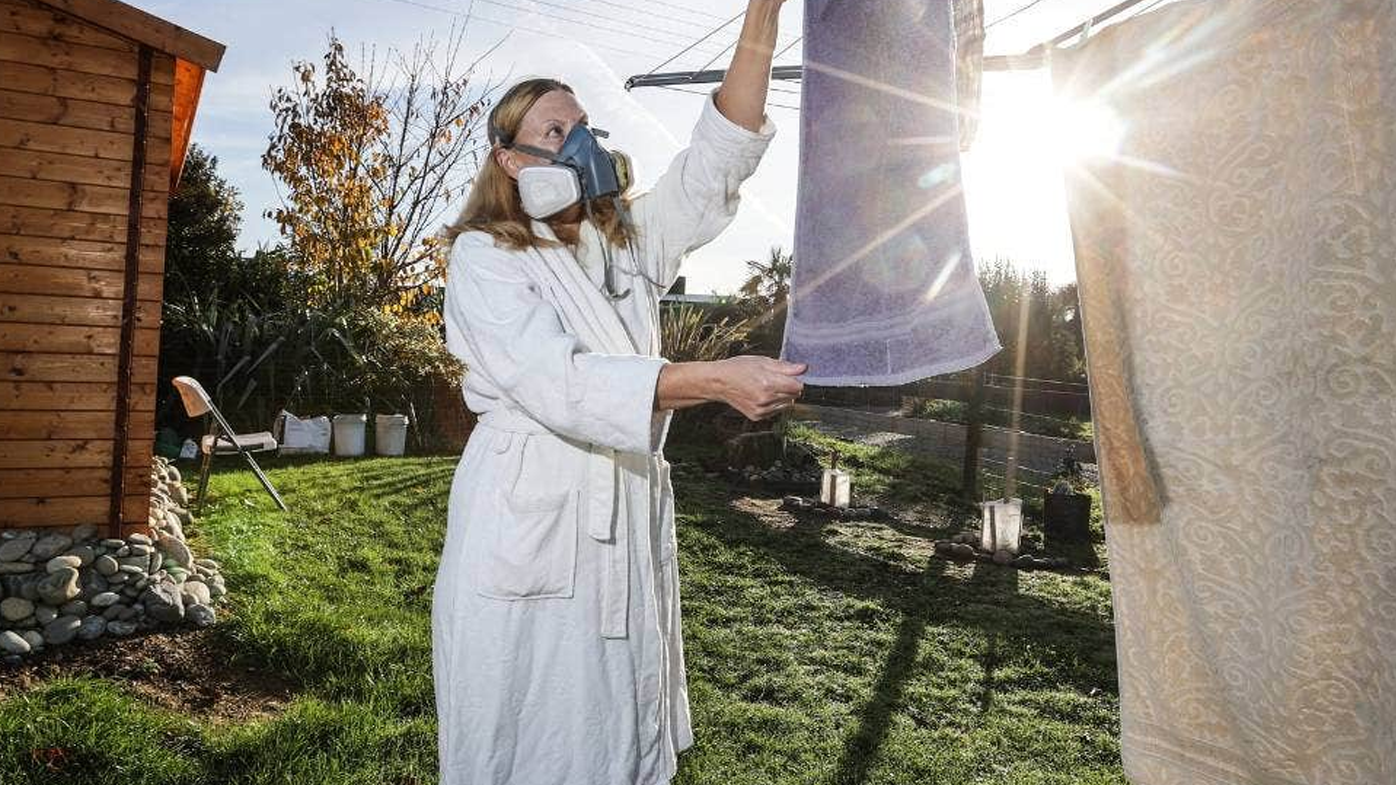 "Council is aware that there have been several attempts to use this legislation and they have failed," he said.

Cohen said they were considering moving and had put a petition online calling for coal fires to be banned.

"We as New Zealand residents have the right to breathe clean air. That is what the Clean Air Act states. Why do we not have the same rights as other regions in New Zealand?"

He said it was hypocritical of Prime Minister Jacinda Ardern to be giving speeches overseas about climate change when she allows coal fires to burn on the West Coast and shipments of coal from Indonesia.

Climate Change Minister James Shaw said the Government had a plan to significantly reduce the use of coal and emissions from it, with a commitment to 100 per cent renewable electricity generation by 2030.

"We're providing grants to help low-income households shift to cleaner heating and insulation upgrades and … all remaining coal boilers in schools will be replaced by 2025.

"As in so many areas, when it comes to tackling climate change, cutting out coal comes with the very welcome coincidence of making people's lives – and the places they live them – better."

Buller mayor Jamie Cleine said he sympathised with Cohen, but had not received any similar complaints.

Coal was a legitimate fuel source and coal fires were a traditional practice on the West Coast, where the fuel was cheap compared to expensive electricity.

"I would be loath to see any options taken off people's right to heat their homes … I don't see home heating, be that coal or wood, being high on the pecking order in terms of impact on climate change," he said.

Regional councils have varied rules around coal burning. In some areas of Otago, coal fires are banned, but in other areas they are allowed provided the smoke does not cross a neighbour's boundary.

The Ministry for the Environment consulted in 2020 on strengthening the standards two years ago, including extending emissions standards to coal burners.

Amendments to the standards are awaiting new evidence, including a study on health and air pollution, due to be released next month, along with updates to World Health Organisation guidelines on air pollutants, a ministry spokesperson said.