Biden hopes for Ukraine de-escalation in call with Putin

President Joe Biden spoke on Thursday with his Russian counterpart Vladimir Putin in the hopes of defusing an unremitting crisis on Russia's border with Ukraine.

Putin requested the telephone call this week for reasons US officials said were not precisely clear.

Biden and Putin had last spoke on December 7 in a video conference that ended with a pledge to restart diplomatic discussions, but no indication Russia was preparing to deescalate.

Since then, as many as 100,000 Russian troops have remained amassed at the Ukrainian border, despite warnings from Biden and European leaders of serious consequences should Putin move ahead with an invasion.

US officials also say Moscow is engaged in a massive disinformation campaign meant to undermine Ukraine's government ahead of that country's national elections.

US officials said he would tell Putin a pathway exists to avoid conflict, and by extension avert the withering economic sanctions the West is poised to levy should Russian troops move over the border.

Biden conducted the call from his home in Wilmington, Delaware.

Ahead of the discussion on Thursday, the US Air Force flew another spy plane over eastern Ukraine to gather intelligence about the military situation on the ground, a source familiar with the mission told CNN.

It was the second time this week the US carried out such a mission using the E-8C Joint Surveillance Target Attack Radar System (JSTARS).

The first flight, on Monday, marked the first time a JSTARS aircraft had ever flown over the region, Lt. Cmdr. Russ Wolfkiel, a spokesman for US European Command, told CNN.

Mr Wolfkiel told CNN the US "routinely operates aircraft in the Black Sea region in support of various US and coalition intelligence objectives," but the flights come as the US has been trying to collect intelligence about Russia's troop movements along the Ukraine border.

The JSTARS system can track ground vehicles when they are moving, collect imagery, and relay photos and tracks of moving formations to ground and air commanders, which in turn would allow the US and its allies to monitor Russia's force posture. An on-board antenna has a 120-degree field of view that can cover nearly 20,000 square miles to monitor ground movements, according to an Air Force fact sheet, and can also detect aircraft.

The Biden-Putin talks come roughly two weeks before Americans and Russian diplomats are scheduled meet in Geneva to discuss the ongoing crisis.

In the lead-up to those discussions, Russia publicly offered a list of security concerns and demands it wants addressed, including a commitment that Ukraine never be allowed to join the NATO and that military equipment from the alliance not be positioned in its former Soviet states.

The US has prepared its own list of concerns, a senior US administration official told reporters on Wednesday but isn't planning to release it publicly.

Instead, Biden's advisers believe it will be more fruitful to keep the negotiations private.

Deputy Secretary of State Wendy Sherman will lead the US delegation to the talks, which are set for January 10, multiple sources familiar with the matter tell CNN.

Biden and Putin are not expected to participate themselves. Russia's Deputy Foreign Minister Sergey Ryabkov will lead the Russian delegation.

Pentagon and National Security Council officials will also attend the talks on the US side, a senior administration official said on Wednesday.

The direct US-Russia talks will be followed by broader meetings between NATO and Russia, along with a meeting of the Organisation for Security and Cooperation in Europe, where a slate of topics are up for discussion.

READ MORE: Man critical after being set on fire in remote Queensland town 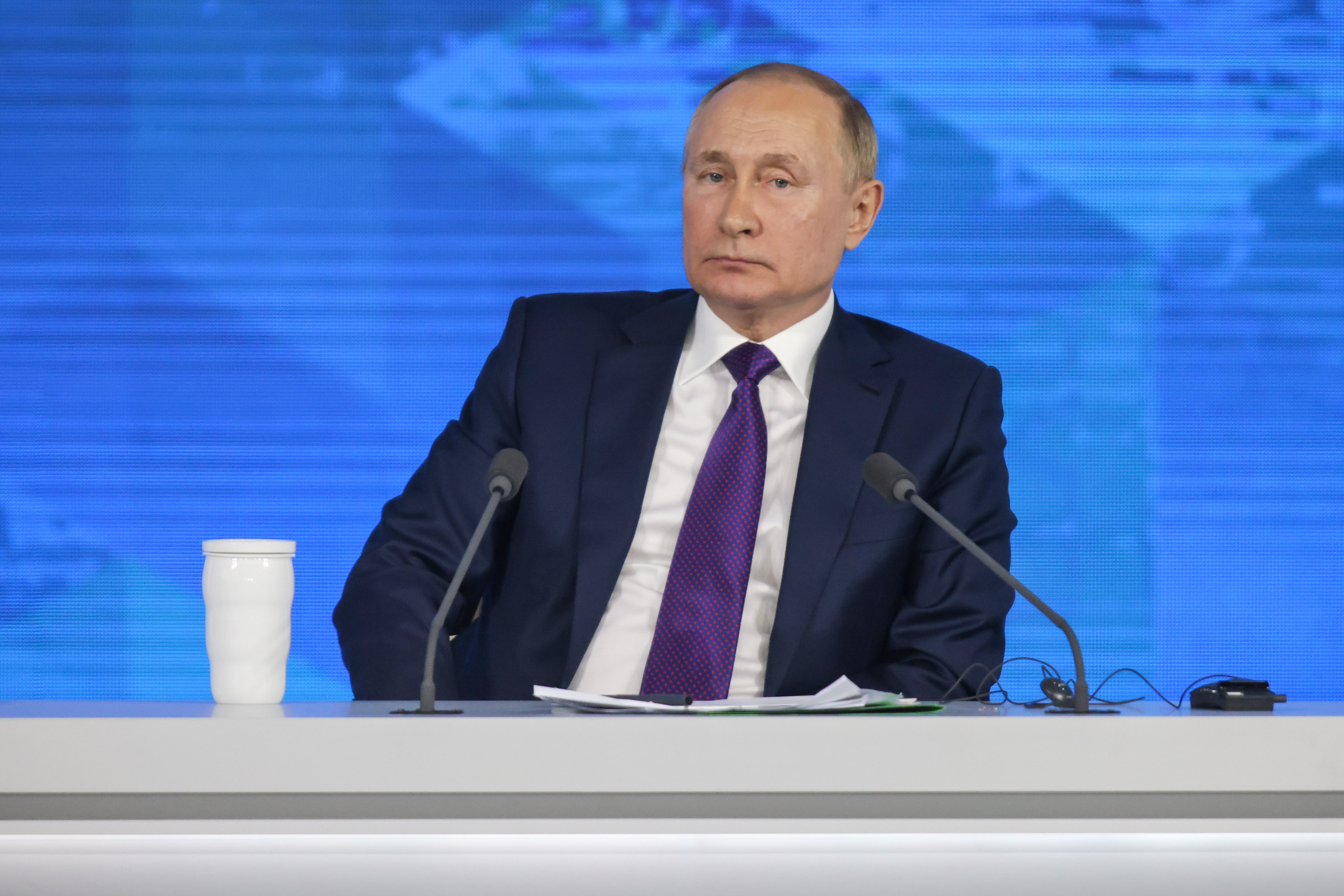 The US has pledged to keep western European nations and Ukraine itself in the loop as Biden engages Putin diplomatically.

Secretary of State Antony Blinken spoke Wednesday with Ukrainian President Volodymyr Zelensky, and White House officials said they were in near-daily contact with counterparts from the United Kingdom, France and Germany to coordinate their approach.

"There is a significant amount of security coordination between Ukraine and the United States and the coordination has only been intensifying in recent weeks," said an adviser to Zelensky.

The US has been able to convince its allies to prepare a set of harsh sanctions, including on some of Putin's top allies, as part of a coordinated approach.

US officials have said the punishment would be far more severe than sanctions applied in 2014, when Russia annexed Crimea.

The US has also "made plans to reinforce NATO's force posture" in eastern Europe if Russia attacks Ukraine, an official said, and is prepared to provide Ukraine with further assistance to help the country defend itself if necessary.

Since Biden last spoke to Putin, there have not been indications Russia is easing its posture on the border with Ukraine, though a senior administration official said the situation was fluid. 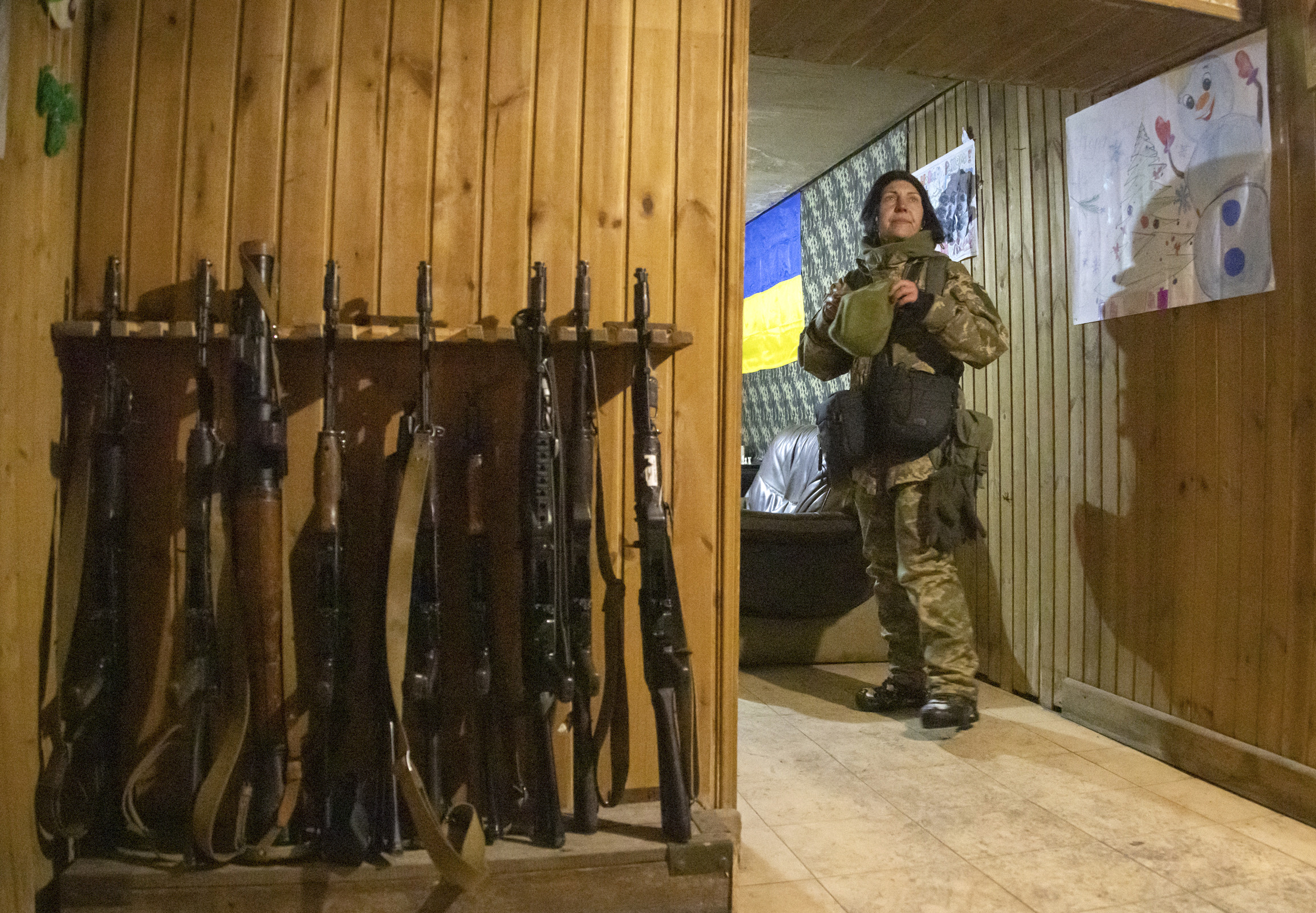 "It is not entirely static from our perspective," the official said.

"It remains a continuing source of grave concern what the Russians have been putting in place in and around that border area."

The Russian build-up has included troops, artillery, vehicles and supply lines, officials have said previously. Earlier this week, Russia announced it would withdraw 10,000 troops back to their regular barracks.

But US officials suggested the move did not amount to a major de-escalation.

In the meantime, the US has maintained its own posture in the region.

Defence Secretary Lloyd Austin ordered the aircraft carrier Harry S. Truman and its escort ships to stay in the Mediterranean area rather than sail to the Middle East as part of an effort to reassure European allies.