Every year thousands of companies make their way to Las Vegas for the biggest tech show in the world – the Consumer Electronics Show, known as CES.

Up to 100,000 attendees, including media from around the world, walk around huge convention centres to find the next big thing.

While there are plenty of nifty things, interesting things and really useful things, there are also groundbreaking and eye-opening things.

These are my top five innovations and gadgets from CES 2023.﻿

Before the show had even started, I was taken to a private suite in the Mandalay Bay hotel to get a preview of what LG had planned for the show – and they did not disappoint.

Having missed the chance to show off at CES 2022 when the company chose not to exhibit at the first show back after COVID-19, LG came back with a bang.

The LG Signature OLED M is a huge 97-inch OLED TV with a vital difference to any other on the market: wireless inputs.

READ MORE: How your phone may soon be able to tell if you're over the limit

When it comes to Australia, expect 77-inch, 83-inch and 97-inch options at prices that will no doubt be far beyond the regular OLEDs at those sizes, but for the chance to put your TV anywhere in the room.

You can also design a room around a screen but not all the clutter that comes from Xbox, PlayStations, Fetch or Foxtel boxes and more, making this a game changer.

Basically, this TV has a power cord and nothing else.

Then, somewhere else in the room, you put the "guts" of the TV which has the antenna, HDMI, USB and ethernet ports on it.

That box can be 10m away, or more, but it does work best with line of sight to the screen.

Transmitting a picture in 4K at 120Hz is remarkable, and while it's not for everyone, for those looking to design a room without the traditional entertainment unit, it's amazing.

Announced one year ago, the Vision EQXX was Mercedes' electric test model.

While the company has various electric cars in its range, it wanted to build a concept that could push the boundaries of what we know about EVs today – in particular the range you could travel on one charge. 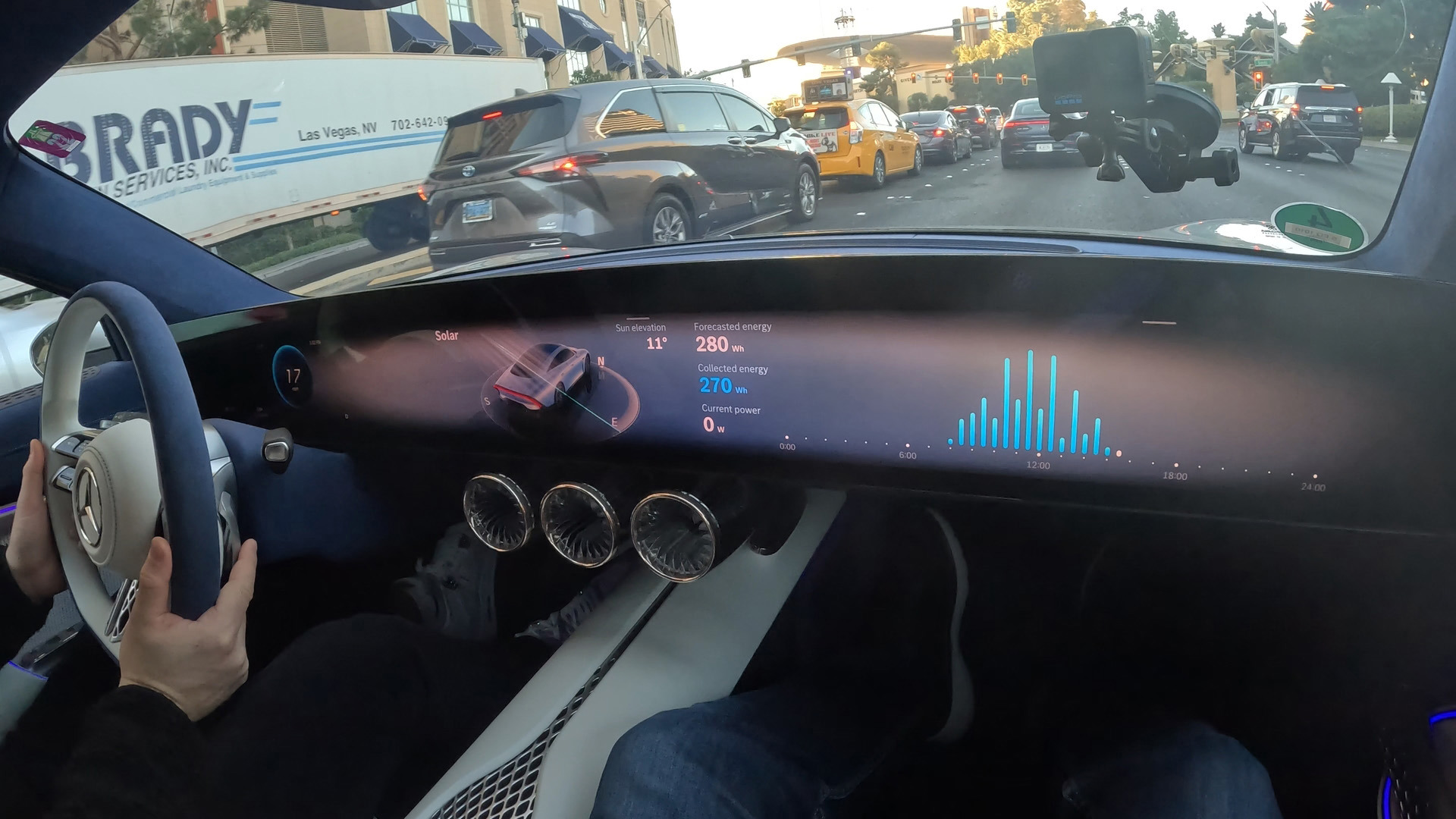 On show at CES, this car was getting lots of attention.

Thanks to its teardrop and aerodynamic design, its drag coefficient is remarkably low, making it efficient at high speed on the open road.

I was fortunate enough to take a ride in the EQXX, something not many people have done, and it's not just an amazing EV, but a glimpse into the future of Mercedes cars.

The team behind it managed to get 1200km range from what could be classed as a small battery, but also design an in-car dashboard that is staggeringly beautiful and packed with information. 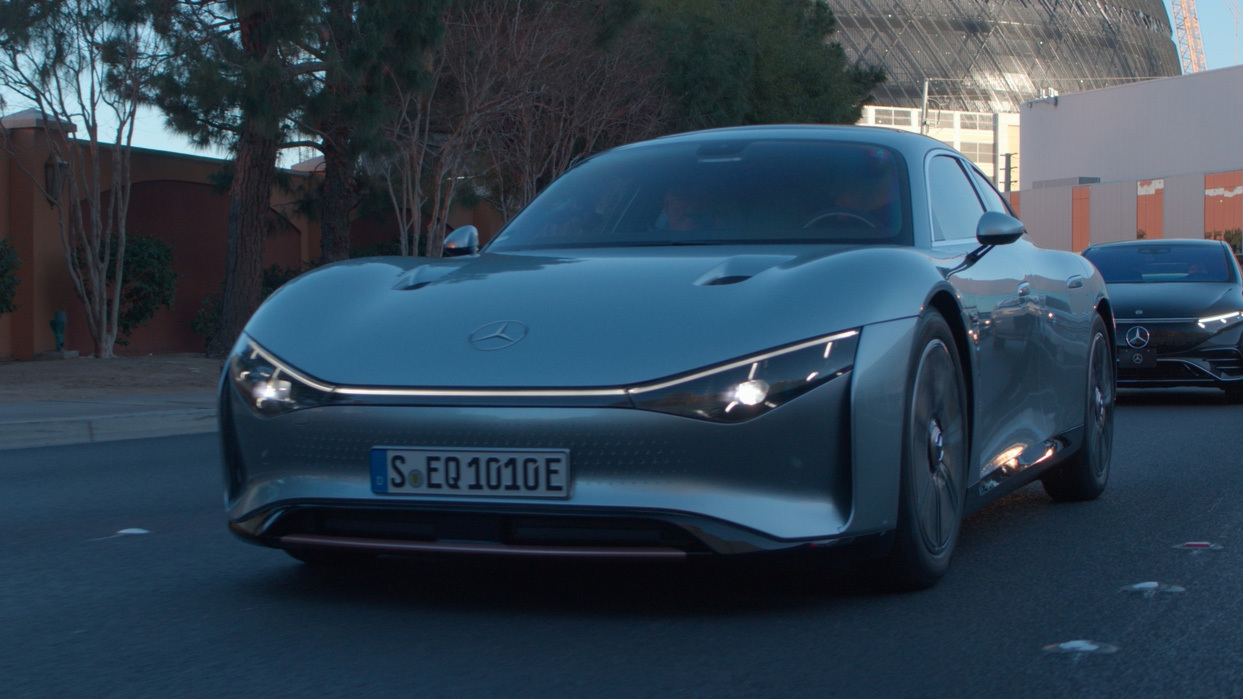 While I doubt we'll see "this" car on the roads, I can imagine we'll see some great innovations in production electric vehicles from Mercedes in the years ahead.

If there's one company you can rely on for a great show at CES, it's BMW.

They do it year after year and deserve credit just for that. 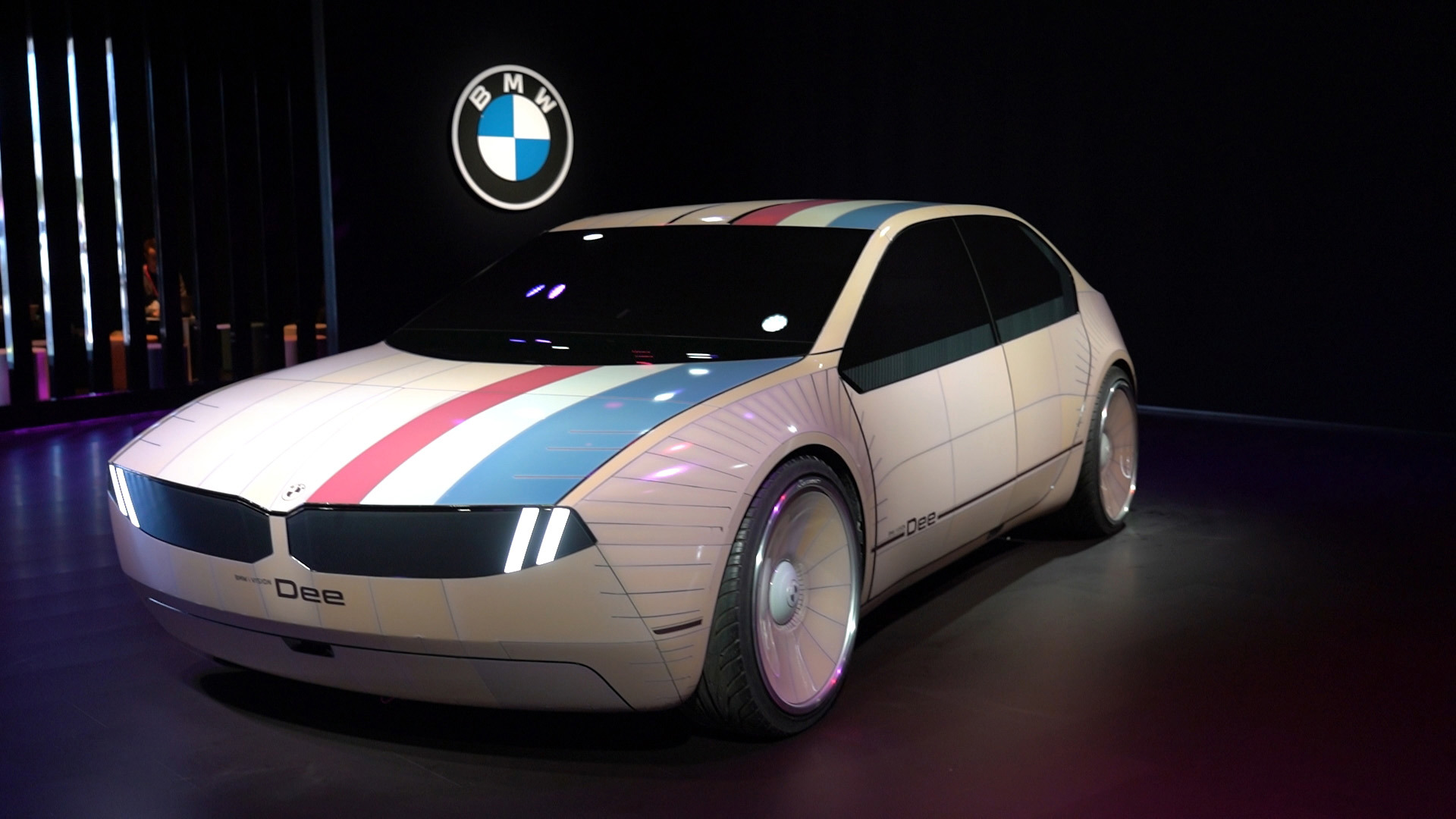 Last year they had a colour-changing car, which could turn white or grey or black in no time.

Fast forward 12 months and that technology now allows for 32 different colours and with patterns and colours possible, it's amazing what this looks like.

But I have to say, that's not what impressed me.

I was again fortunate enough to sit inside the DEE and get a virtual experience of what was on offer.

While there is a metaverse twist to this all, I am going straight for the technology which we will see in BMW cars from 2025.

And that's one hell of an impressive head-up display. 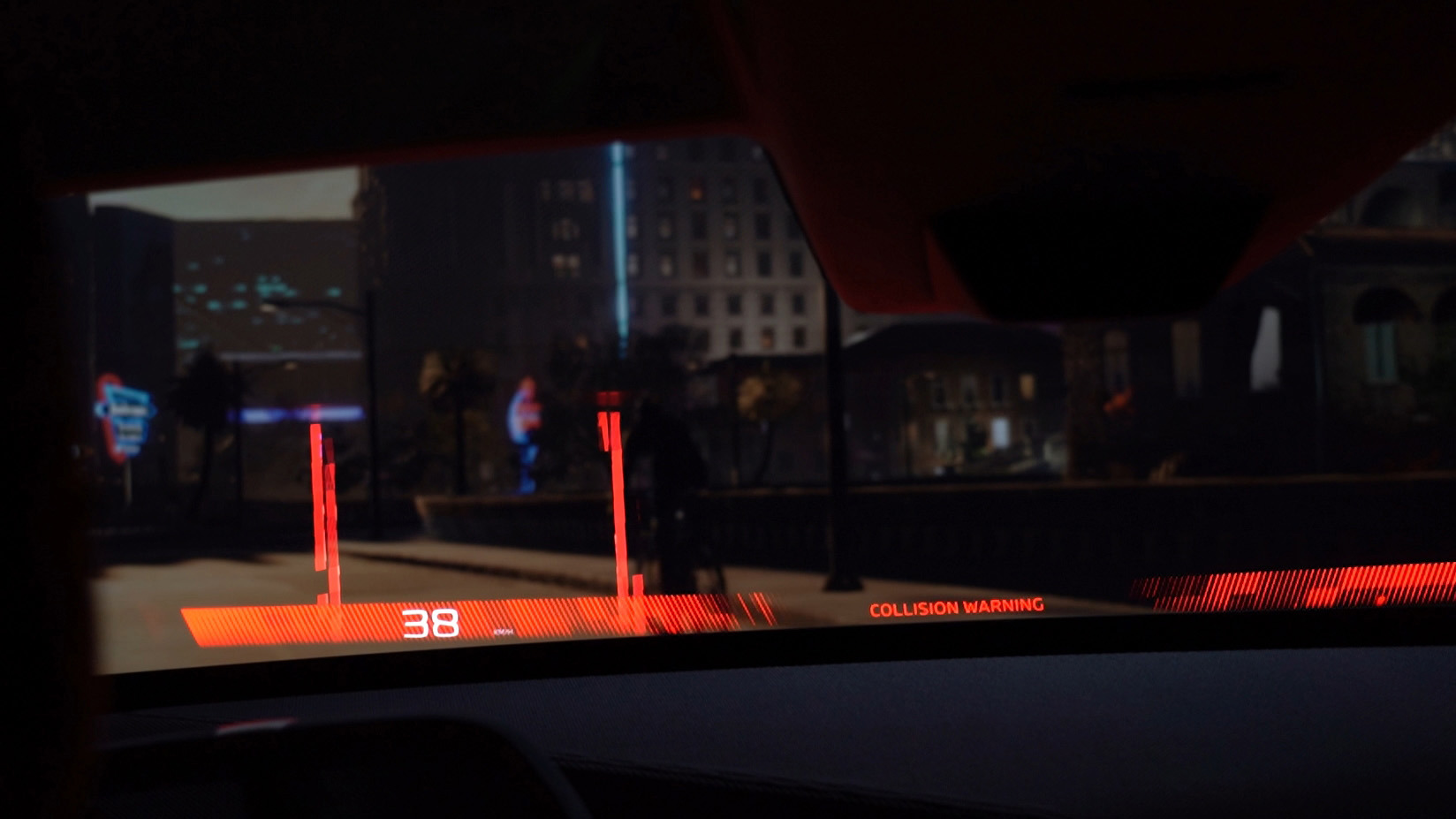 Instead of a small window in front of the driver, this new concept shows a digital reflected image on the full width of the windscreen, and around half the height.

What that allows for is much richer driver information, almost removing the need for a dashboard, as well as more across the whole dash.

The best example I saw was a large red warning light across the whole windscreen when a cyclist came into view – the cyclist was highlighted by a square in an augmented reality manner, just like the real world is a video game.

There are amazing opportunities for safety, navigation and other levels of assistance with this technology.

Every time I walked past the TCL Booth at CES, I saw huge crowds around something.

So I reached out to TCL and said: "What is that, and how can I try it?"

On the second to last day, they showed me the RayNeo X2 AR Glasses. 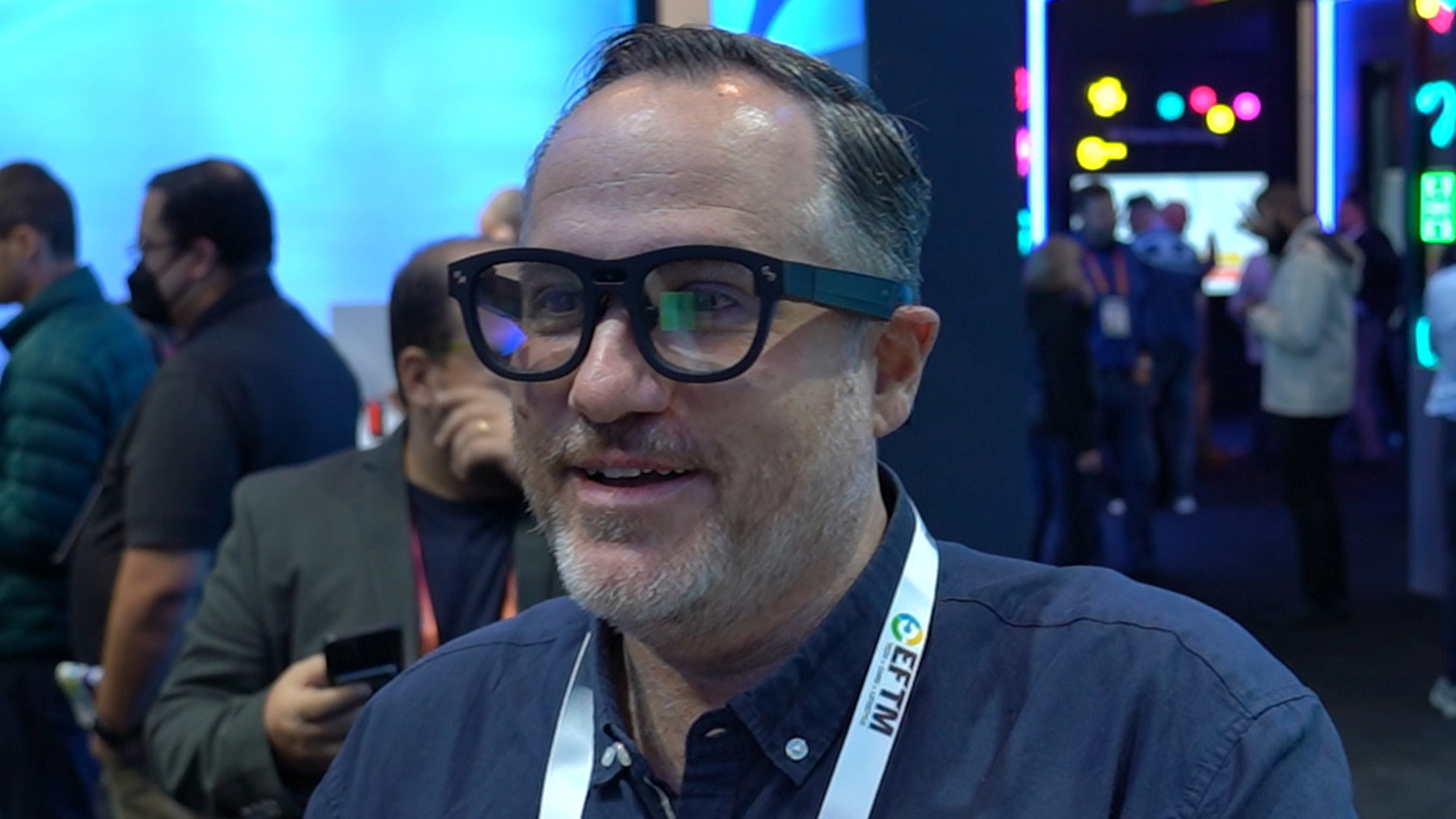 Much lighter than I thought, these are comfortable, but turn them on and you get a menu in front of you.﻿

I went straight to translation and asked my host to talk to me in Chinese.

She did, and we had a conversation.

I heard Chinese, I saw in my glasses what she was saying but in English.

I was able to communicate for minutes in a back and forth conversation. 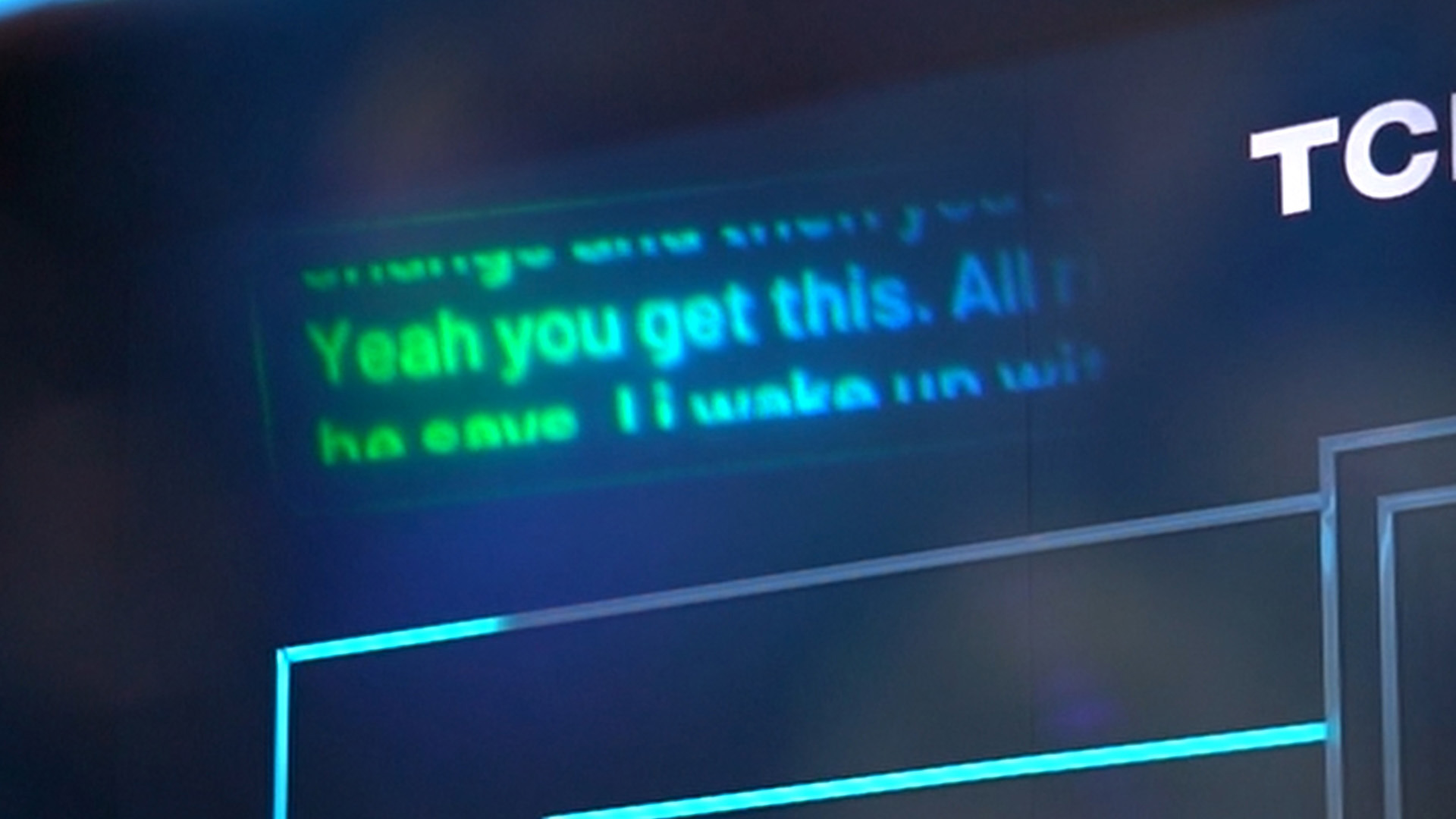 You have to believe me when I tell you I've seen lots of this idea – real-time translation.

But this was the most remarkable version I've ever seen.

Add to that location and navigation, as well as a future for augmented reality with hand gestures, and we're starting to get a real picture of an exciting future.

They stole the show with the Freestyle last year, so this year Samsung went twice as good with their Edge Blending technology.

Take two of the new Freestyles, use the SmartThings app and you can play the same picture on both, with one projecting the left side one the right, and they seamlessly and brilliantly merge together. 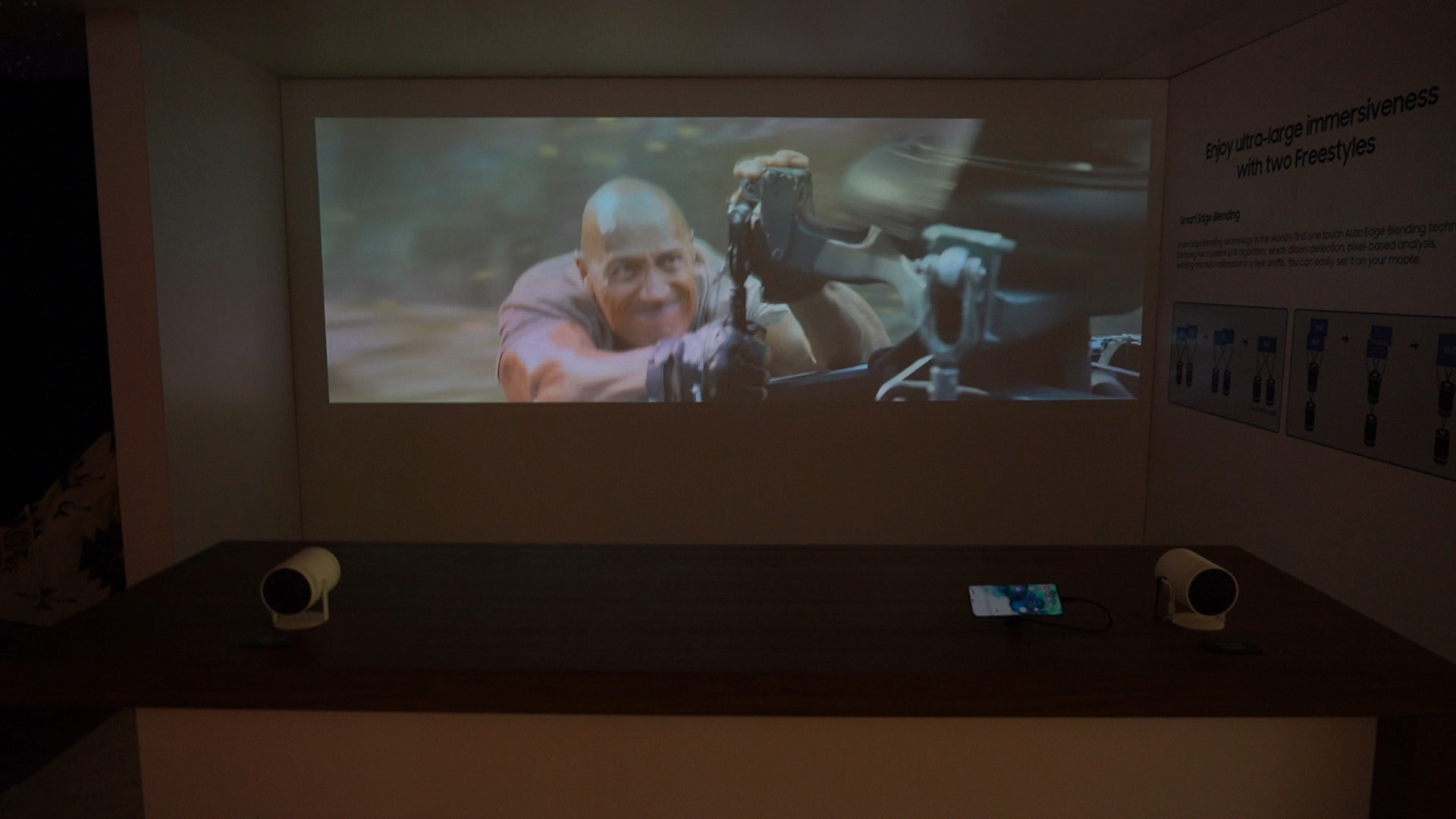 It's so remarkable for such a small and affordable device – it had to rank a mention.

However, I'm just not sure who needs this.