Australian identified as NZ drowning victim who tried to save child Police have named the second man who drowned at Glenorchy, near Queenstown.

Jonathan Jordan Young, 35, from New South Wales, in Australia, died at the swimming spot on January 19.

He was assisting a child when he got into trouble, police said. 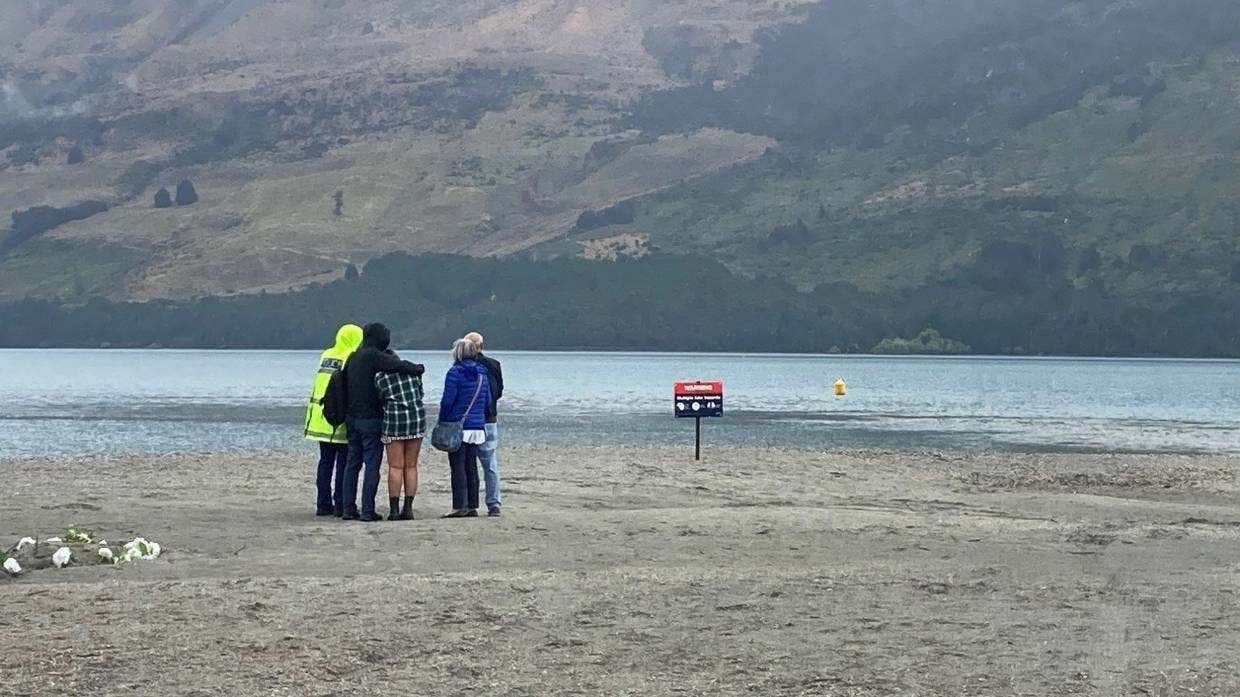 The drowning was the second at the same spot in Lake Wakatipu in less than a week after Wānaka man Linkin Kisling died on January 13 saving his 10-year-old son.

Police earlier said Young had been in New Zealand three days before the accident.

He was with his fiancée at the time. His parents and brother flew to New Zealand the next day and were at the site when his body was recovered.

It occurred during a spate of drownings across New Zealand including five deaths in the Auckland area and the deaths of a father and son at a remote Coromandel beach on January 18. 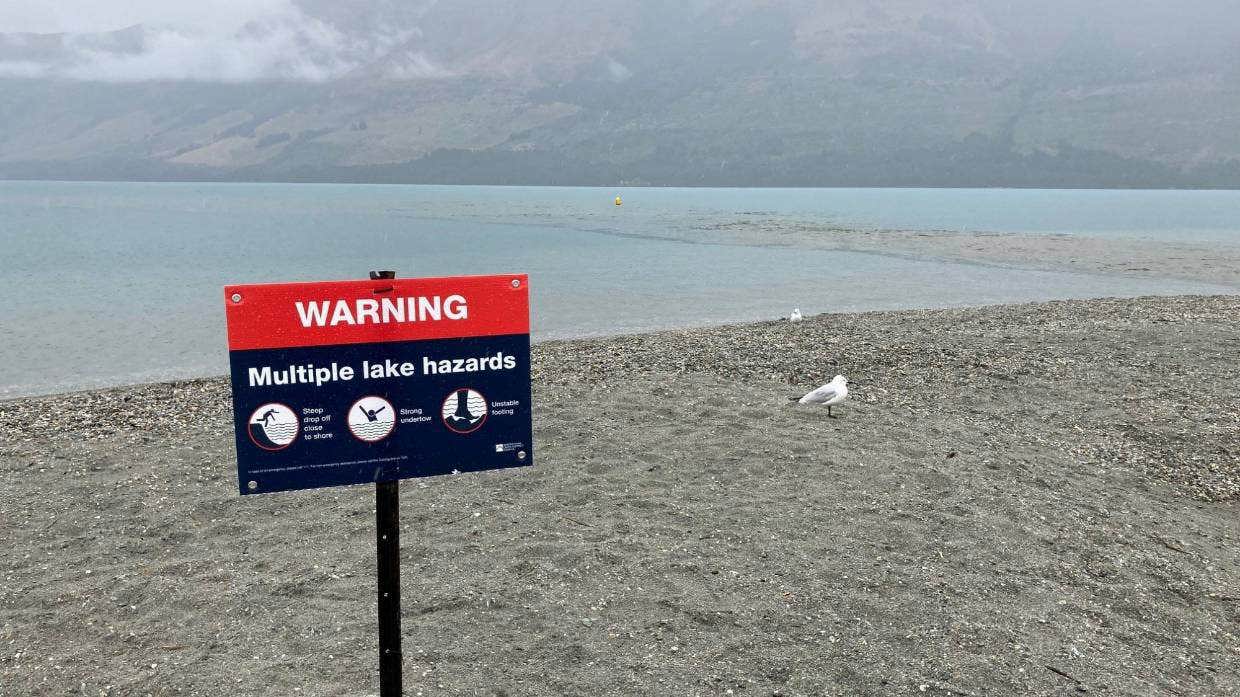 "It's a bit windy at the moment, which equals cold so that will keep people out."

However, people were paddling in the water on Monday afternoon. The water was shallow but had a steep drop off a few metres from the shore.

"They just need to make a couple more steps then they've over the ledge."

New signage was installed at the site on Friday, but more effective signage was being organised by the Glenorchy Community Association, she said.

"We've noticed that people come down here they're not understanding the level of danger and risk.

"The undertow is at a point that's completely calm. It looks so benign."

The patrol would continue until new signage was in place.

"The general idea is to keep everyone out of the water at the moment.

"We just can't take another death." 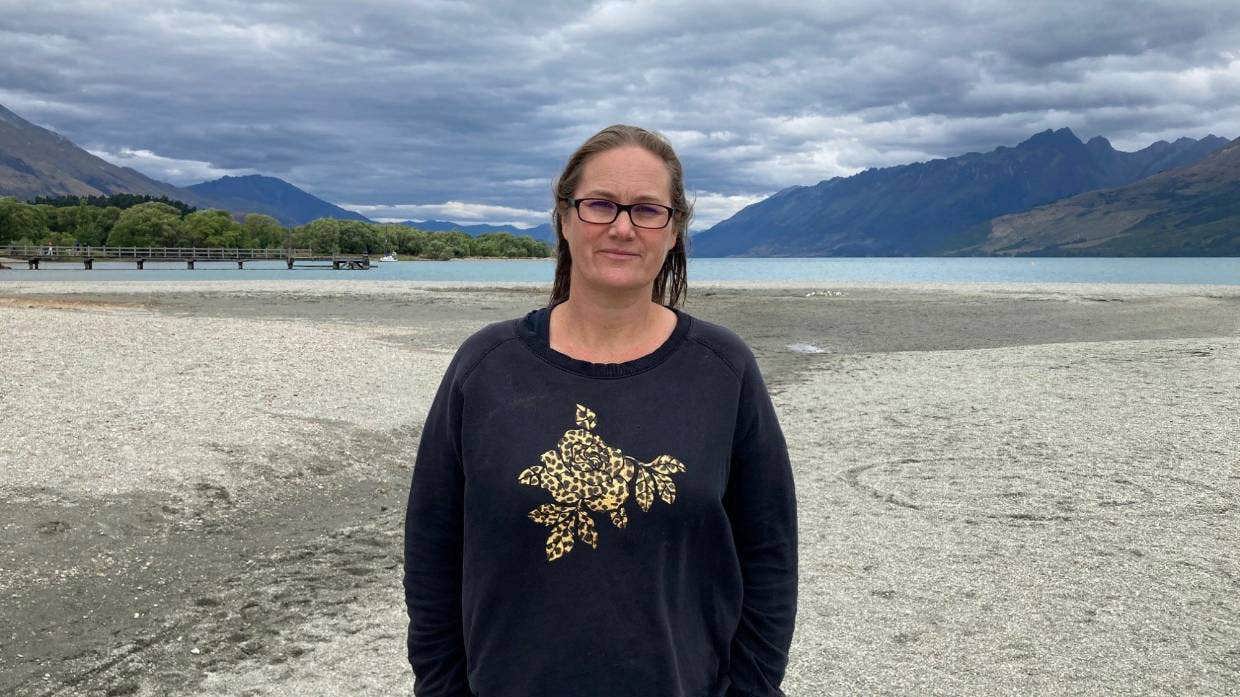 Glenorchy Community Association chairperson John Glover said the community did not believe the council signage installed on Friday was sufficient and new graphics were being put together on Monday.

It was hoped they would be installed in a day or two.

"The challenge is how to depict it graphically and maybe have it understood without words because not everyone has English as a first language."

The community also wanted a review undertaken of the response to the Kisling's drowning to assess whether Young's death could have been avoided.

If two incidents had happened in a workplace someone would have faced charges, he said.

"Most people say the second drowning was entirely avoidable and are feeling pretty bad about that."

There was also concern that most of the safe swimming focus around the country was aimed at beaches and not necessarily lakes, rivers and inland waterways.

"It raises a bigger question of whether there should be a role taken on by an authority to make a difference."