New dad Dale Lander was looking forward to taking a few months off work to care for his firstborn son.

But, last month, a week before baby Liam was born, a conversation with Centrelink scuttled those plans completely.

Lander, from Gippsland, Victoria, was told he wasn't eligible for the federal government's Parental Leave Pay – which provides 18 weeks' pay at minimum wage and is worth almost $15,000.

Instead, Lander was informed he will only qualify for two weeks of Dad and Partner Pay.

It was money the 38-year-old mature age plumbing apprentice and his wife Meadhbh Ni Fhlannagain had been counting on.

"I initially wanted to take 12 weeks off and then use the rest of the Parental Leave Pay over the next two years," Lander said.

"Now, I can only take six weeks off, two of it is paid from the government and the rest of it is unpaid."

The reason Lander does not qualify for paid parental leave is complex and involves a two-year waiting period for new migrants to access the scheme.

Although Lander is an Australian citizen who was born and raised here, his wife is Irish.

Ni Fhlannagain, a primary school education support officer, came to Australia nine years ago, and the pair married in 2017.

After their marriage, Ni Fhlannagain applied for a partner visa and – following an 18-month wait – was granted permanent residency in 2020.

When Liam was born 12 days ago, Ni Fhlannagain was just a few weeks shy of the two years she needed to spend as a permanent Australian resident before qualifying for Parental Leave Pay.

Current social services regulations allow a mother to "share" Parental Leave Pay entitlements with her partner, but only if her application for the allowance is accepted first.

Lander said he was told there would only be one situation in which he would qualify for Parental Leave Pay.

"They said the only way I could qualify was if we could provide a medical reason why my wife was unfit to be the primary carer for my son," he said.

"It was a bit disheartening.

"They do have the mechanism to make those payments, but the fact that we had to prove my wife was medically unfit, that seemed a bit shit," he said. 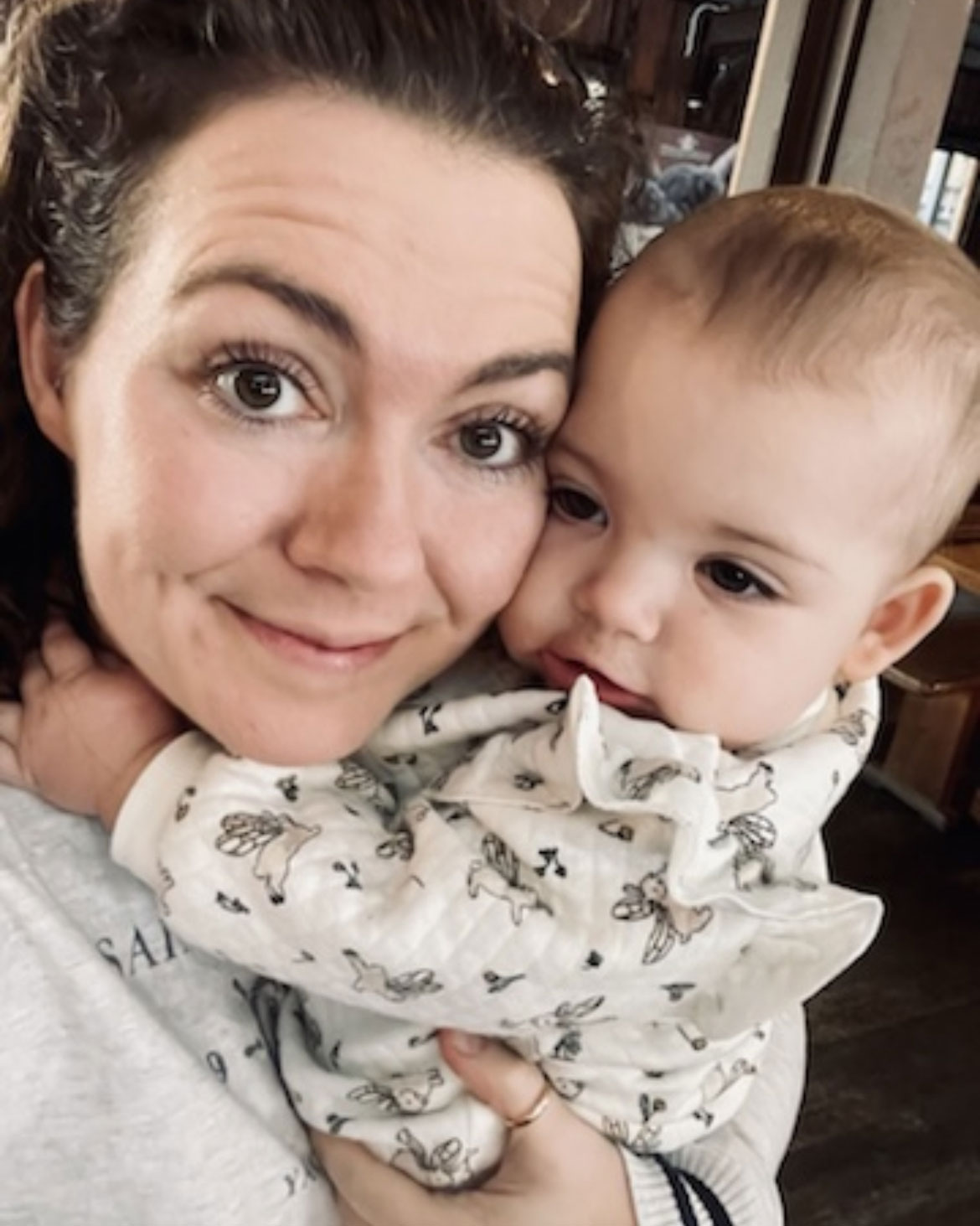 Ni Fhlannagain said she was also shocked by the situation.

"Dale is an Australian citizen, so I was a bit thrown by that," she said.

"It seems really unfair for him not to be able to take time off and get that payment unless I am deemed medically unfit."

Australia's legislation relating to parental leave has long been criticised by advocates for being dated and not addressing the changing needs of dads.

Plans to make key changes to the Parental Leave Pay scheme were announced by the then Coalition government in this year's federal budget.

The proposed changes – slated to begin in March 2023 – aimed, in part, to address this disparity.

Under the budgeted plans, Parental Leave Pay and Dad and Partner Pay would be merged into one scheme, which would be lengthened to 20 weeks.

This would mean both parents could apply directly for the 20 weeks Parental Leave Pay and share it between them.

"Changes proposed to the Paid Parental Leave Scheme in the 2022-23 Budget have not been legislated," a spokesperson for the Department of Social Services said.

"The Government will continue to consider enhancements to the Paid Parental Leave scheme, to ensure it is working in the best way for families." 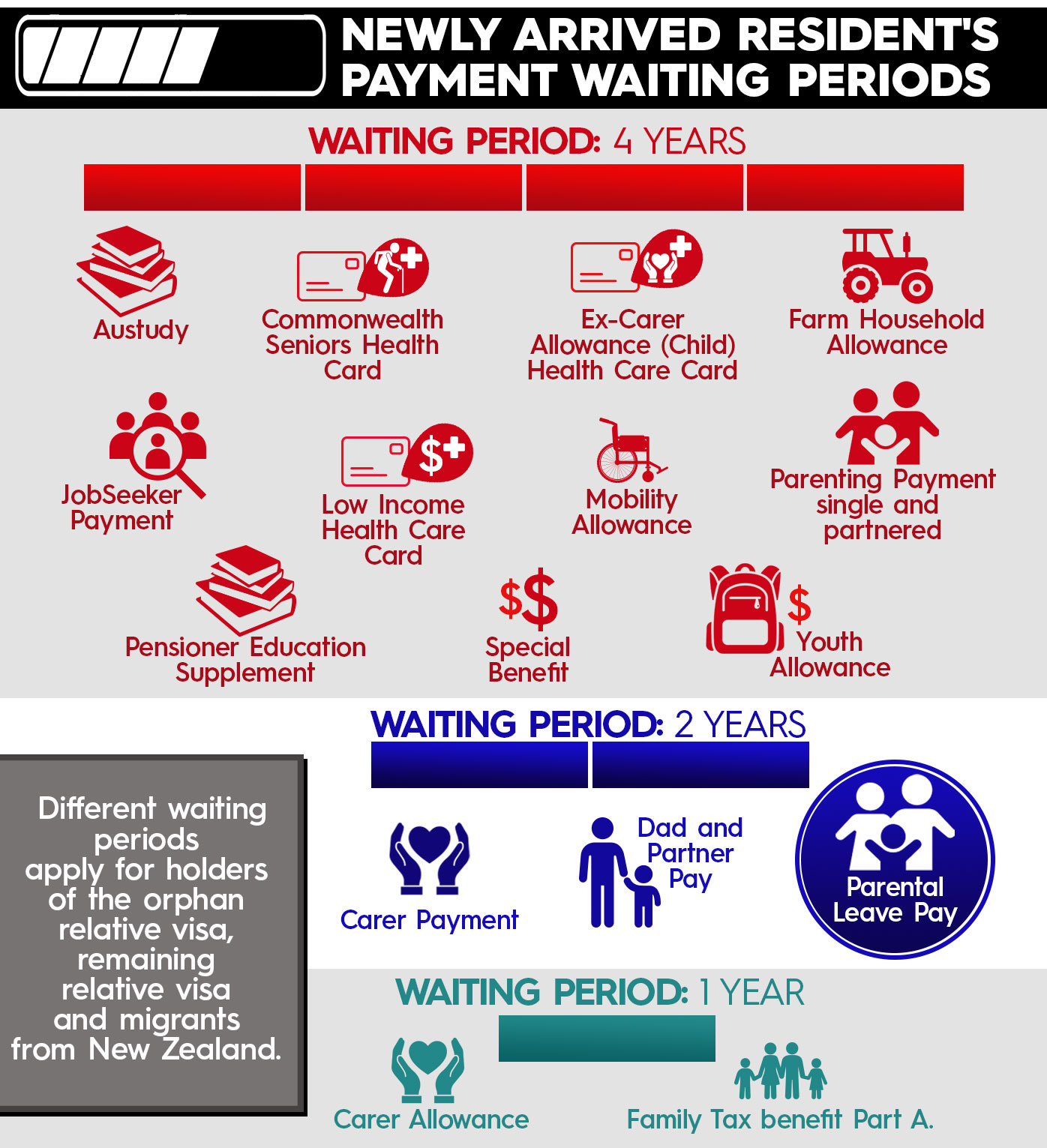 Meanwhile, some new migrants have called for changes to be made to the two-year waiting period for permanent residents to access Parental Leave Pay, saying it often leads to distressing situations.

UK citizen April Tole has lived in Australia for five years and is the partner of an Australian citizen.

The data analyst, from the Gold Coast, was in line to qualify for Parental Leave Pay, according to her daughter's due date in July last year.

However, in a harrowing and traumatic experience, Tole's daughter was born four weeks premature via an emergency caesarean after she developed sepsis.

"I was rejected for Parental Leave Pay because my daughter was born more than two years before I was granted my visa," Tole said.

"However, if she had been born on time, or even just nine days later, I would have been eligible.

"I ended up having to go back to work after seven months due to money issues and my daughter had to go to daycare.

"I was not ready, and it was very upsetting.

"It is outrageous to be penalised for having a premature baby, when you already feel bad enough about the situation and having to care for a tiny baby.

"The system needs to be reviewed and for paternity leave pay to be awarded based on a baby's due date … not birth date."

A departmental spokesperson said the Parental Leave Pay rules for new migrants reflected "the longstanding expectation that migrants support themselves and their families when they first become permanent residents in Australia".