A 41-year-old California man faces multiple charges after he allegedly drove off a cliff on the Pacific Coast Highway with his wife and two children.

All four occupants of the Tesla survived the crash on Monday after the car plunged around 75 to 90 metres below the road it was on and into a rocky beach area known as Devil's Slide, about 30 kilometres south of San Francisco, California Highway Patrol said.

Their names are not being released.

The San Mateo County Sheriff's Office initially said in a social media post that the children were "unharmed".

But the California Highway Patrol said occupants of the car were taken to a hospital with serious injuries.

The four-door, white Tesla was travelling south on Highway 1 just south of the Tom Lantos Tunnel between Pacifica and Montara on Monday morning when it veered off the road.

It plunged at least 75 metres below that road, and a dramatic rescue mission ensued.

"The damage to the vehicle would indicate that it hit, and then flipped several times," Brian Pottenger, a battalion chief for Cal Fire's Coastside Fire Protection District, said.

He said the car came to rest on its wheels. 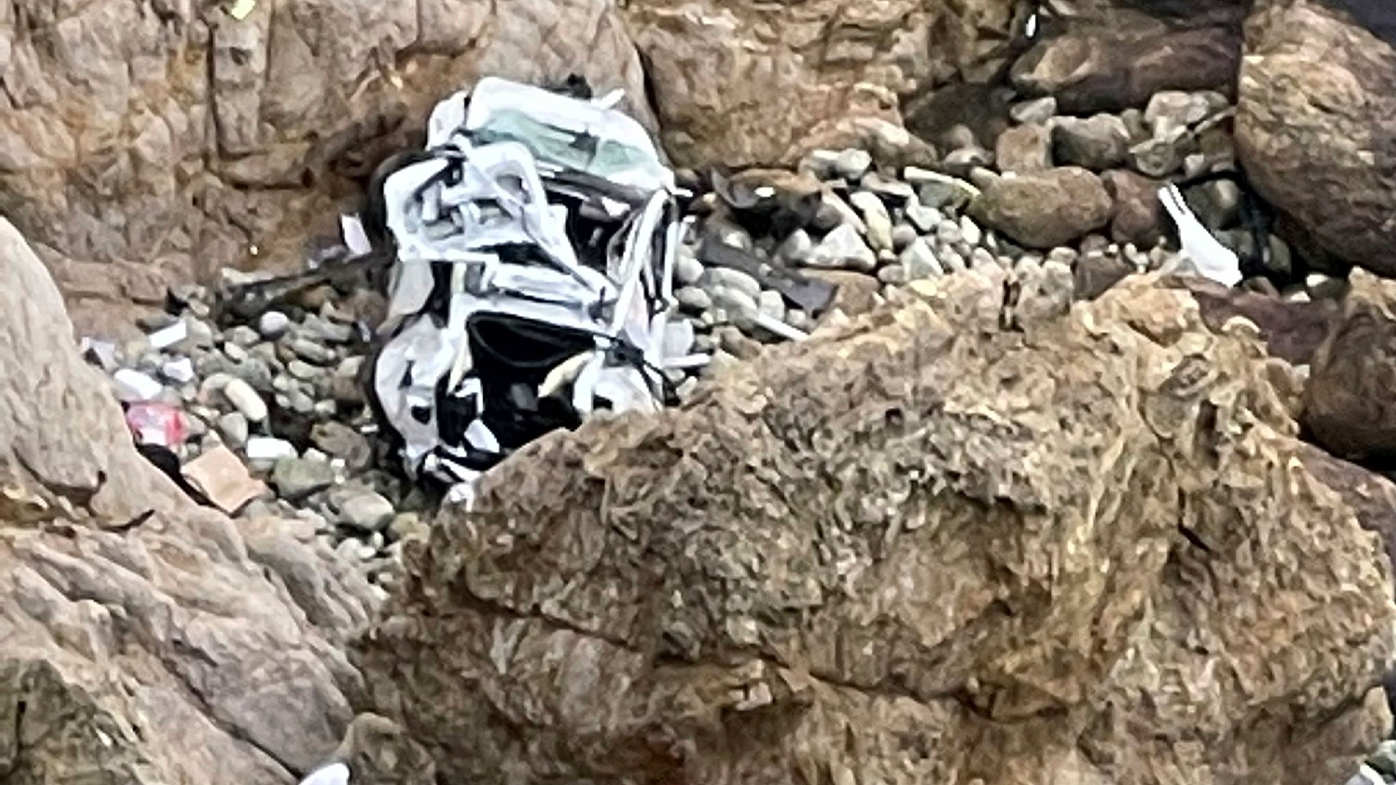 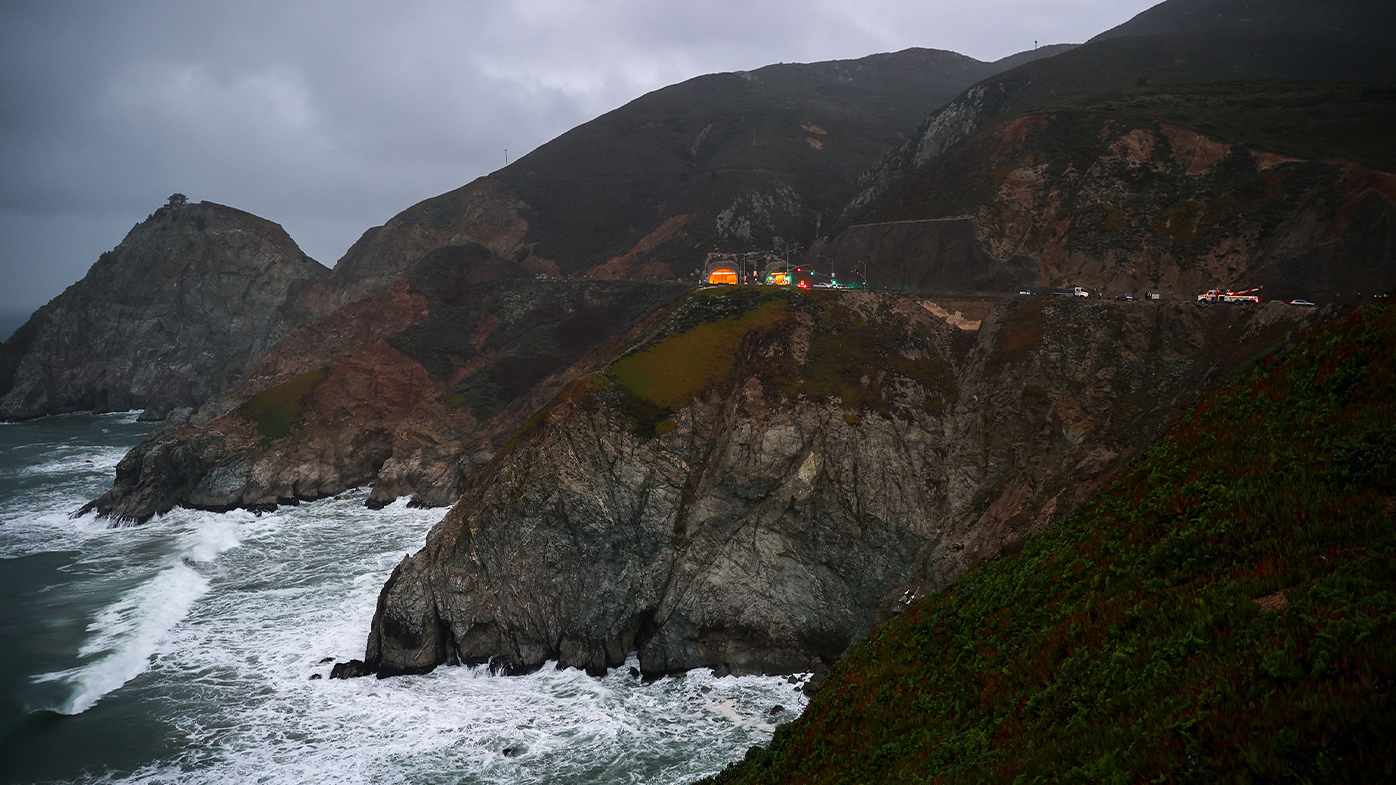 Based on the evidence collected, "investigators developed probable cause to believe this incident was an intentional act," the state's highway patrol said Tuesday.

The driver, from Pasadena, California, was arrested on suspicion of attempted murder and child endangerment, according to an arrest report.

He will be formally booked into San Mateo County Jail after his hospital treatment, the highway patrol said.

On Tuesday, the highway patrol said the Tesla's high-tech driving features did not contribute to the crash.

"There has been no determination as to what driving mode the Tesla was in; however, that does not appear to be a contributing factor in this incident," the highway patrol said.

The California Highway Patrol is investigating.﻿

The occupants were trapped in the car

The California Highway Patrol was alerted about the crash around 10.50am local time on Monday.

When first responders arrived, all four occupants were conscious, and the two children were secured into their car seats that remained intact, Pottenger said.

All were trapped inside the smashed car. 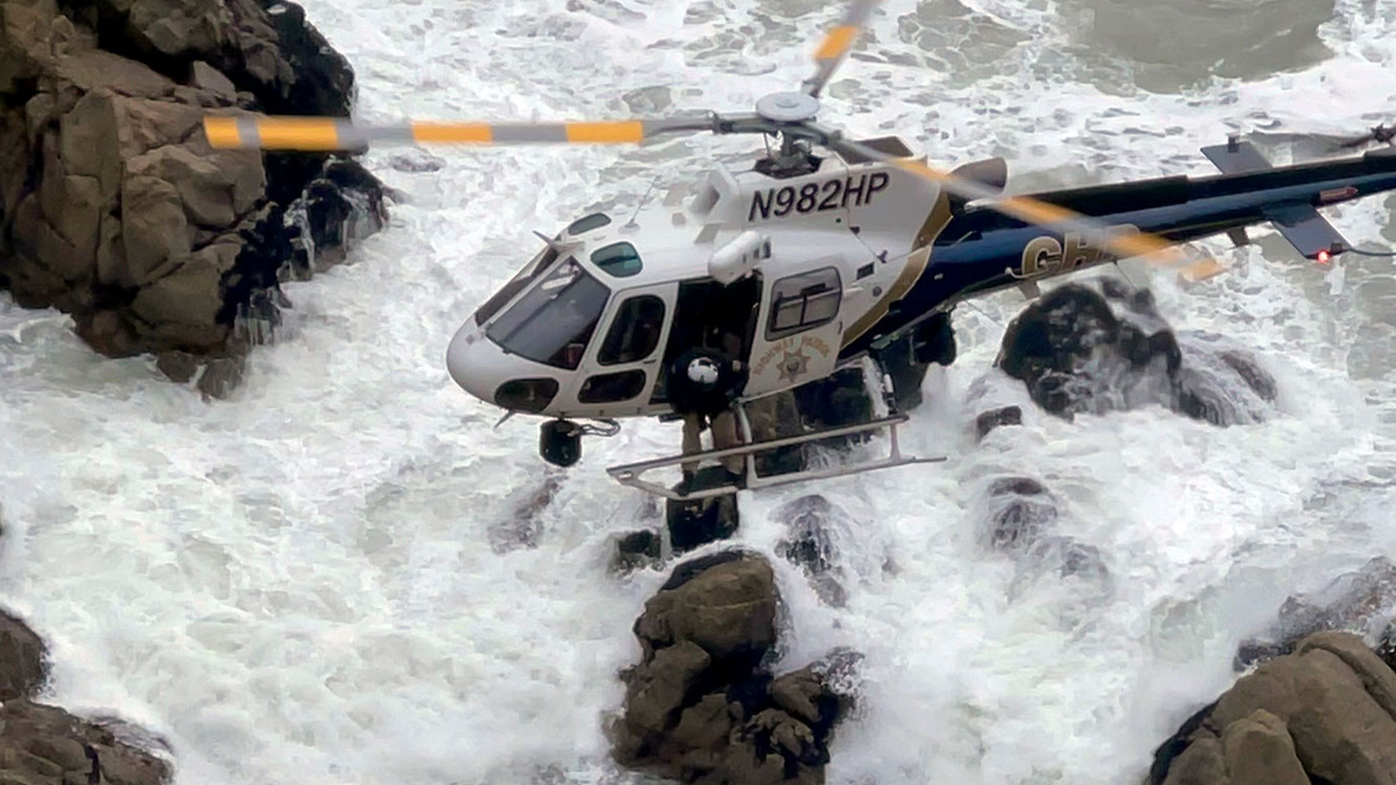 The California Highway Patrol posted dramatic video of the helicopter lowering a rescuer on a cable to the crash site while surf crashed against the rocks below.

As firefighters rappelled down the cliff to the car, other first responders watched through binoculars.

"As we were doing that, we were able to notice movement in the front seat through the windshield," Pottenger said.

"So we knew that we had at least one person that was alive."

Crews freed the two children and used a rope to lift them up the cliff in baskets.