New footage has shown heavily-armed police were inside a Texas primary school almost an hour before they confronted a gunman who murdered 21 people.

Local news outlet KVUE revealed the vision, which is expected to be presented to an ongoing inquiry into the police response to the May 24 shooting at Robb Elementary School, Uvalde.

It shows police armed with rifles and a ballistic shield entered the school nine minutes behind gunman Salvador Ramos.

But they did not enter the classroom the shooter had attacked for another 58 minutes.

Ramos killed 19 primary-aged students and two teachers in the attack, before he was killed by law officers.

He was armed with an assault rifle.

The response from police has come under heavy scrutiny, with a heavy focus on the delay between their arrival on the scene and their confrontation of the gunman. 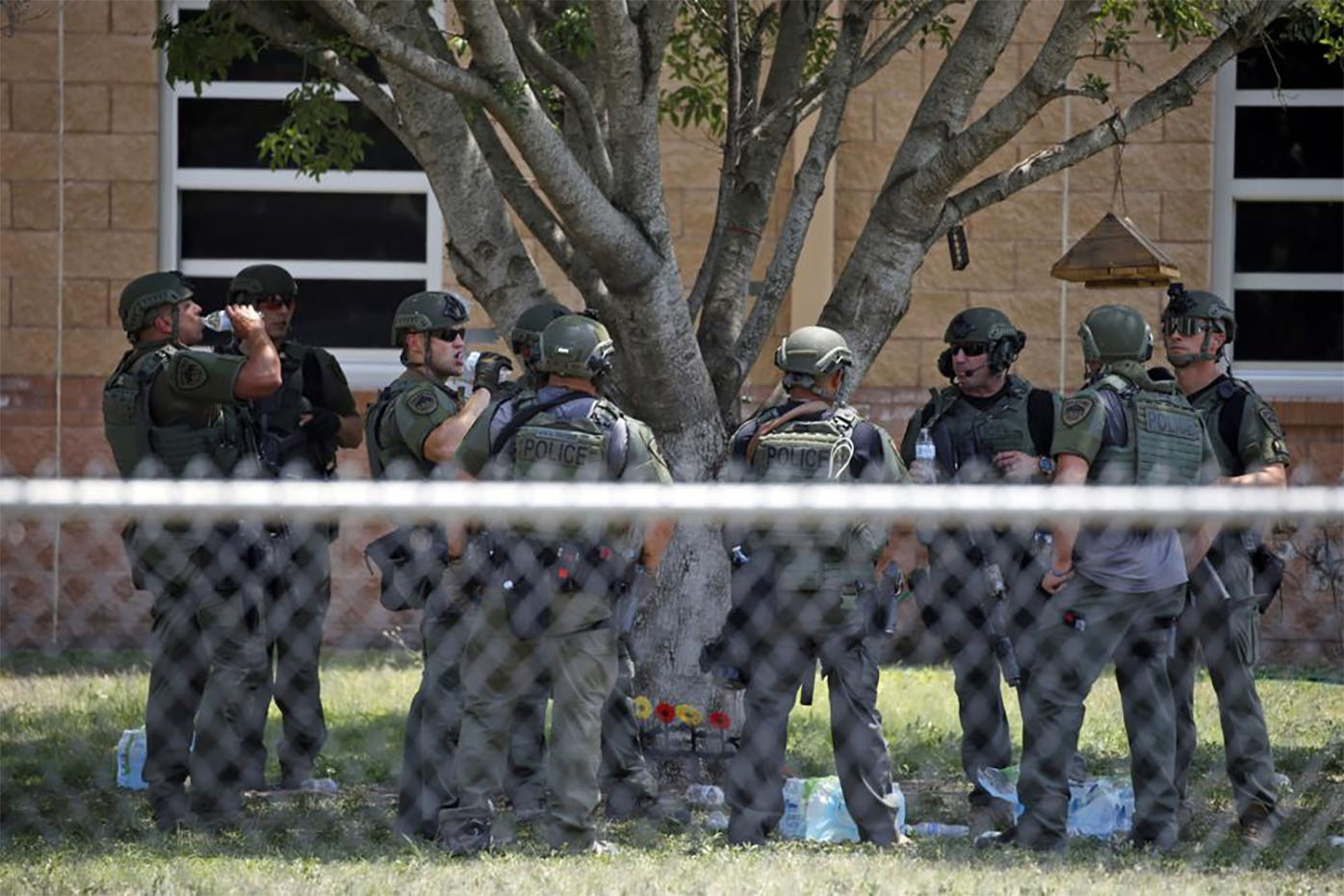 Parents outside the school pleaded with officers to enter for more than an hour.

State Representative Dustin Burrows, who is chairing the committee investigating the shooting, said they would hear more witness testimony from the Uvalde Police Department, in addition to speaking with another officer from the school district police and a member of the Department of Public Safety.

"We want to at least compliment all the law enforcement agencies for being cooperative and providing the witnesses we have asked for," said Burrows, a Republican from Lubbock.

After Burrows' opening statements during the committee hearing in Uvalde, the committee went into executive session, blocking the public from hearing witness testimony. Last Thursday, Burrows signaled impatience with the Uvalde Police Department, saying it was unclear whether they would testify voluntarily before the panel. But he said Friday that Uvalde police officials had agreed to speak with the committee.

Burrows said that testimony would continue on Tuesday in Austin. He said he hoped to provide information on when at least a preliminary report would be released to the public.

Some are concerned that Texas officials will use a legal loophole to block records from being released — even to the victims' families — once the case is closed.

The law's exception protects information from being released in crimes for which no one has been convicted. The Texas Attorney General's Office has ruled that it applies when a suspect is dead.

Officials also haven't released records sought under public information laws to media outlets, including The Associated Press, often citing broad exemptions and the ongoing investigation. It has raised concerns about whether such records will be released, even to victims' families.

Others interviewed behind closed doors by the committee include school staff.

Burrows has defended the committee interviewing witnesses in private and not revealing their findings so far, saying its members want an accurate account before issuing a report.

What is the winter solstice? Everything to know about the shortest day of the year