Ten days on from an alleged coward punch attack that left father-of-three unconscious on a street in Adelaide, the victim has told how he feels lucky to be alive.

Corey Sommers has been seriously affected by the alleged attack on Hindley Street on December 23.

"I still have nightmares, I'm not sleeping properly, I have flashbacks of the incident. It's been really traumatising," he told 9News.

The security guard had just finished work and was out for Christmas drinks with a mate when he noticed a skirmish outside the Woolshed.

He said he was simply trying to clam things down.

"Then I walked away and all I remember is waking up in hospital 12 hours later."

Witnesses claim Sommers was punched in the back of the head before he was attacked while he was on the ground.

He ended up spending four days in the Royal Adelaide Hospital, missing Christmas with his family.

The ordeal also led to him quitting his job. 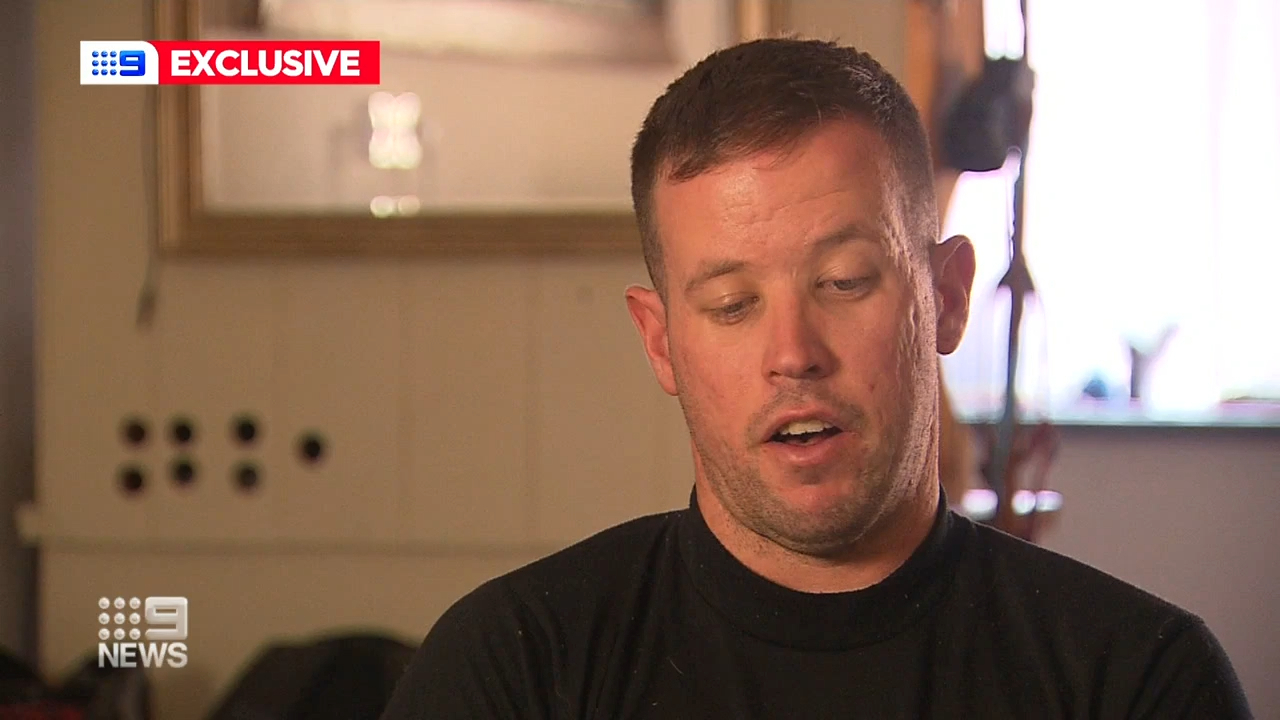 The alleged offender, a 22-year-old Para Hills man, was allowed out on bail until he fronts court in February.

Sommers said he was "infuriated" that the accused man got to spend time with family while ﻿he was in hospital, unable to be with family.

Sommers has said he can't walk down Hindley Street without feeling uneasy, fearing he could be unexpectedly hit.

He says there should be tougher penalties to curb attacks like the one he allegedly suffered.

"There are too many assaults, too many people arguing and fighting over nothing and then people ending up in hospital like myself."