After hype, readers get hands on Prince Harry's Spare After weeks of hype and days of leaks, readers got a chance to judge Prince Harry's book for themselves when it went on sale around the world on Tuesday.

In Britain, a few stores opened at midnight to sell copies of Spare to diehard royal devotees and the merely curious. Many said they wanted to form their own opinion of the book after days of snippets and debate on news sites and television. The book's myriad revelations and accusations have already been splashed across the media. In the ghostwritten memoir Harry, 38, recounts his grief at the death of his mother, Princess Diana, his disputes with brother Prince William and frustration at the role of royal "spare" in the shadow of his elder sibling, who is heir to the British throne.

He lacerates the UK's tabloid press for coverage he considers prurient, intrusive and sometimes plain wrong, claims his relatives were unwelcoming to his wife Meghan and accuses members of the royal family, including his stepmother Camilla, of leaking stories to the media to burnish their own reputations.

Buckingham Palace has not commented on any of the allegations, though royal allies have pushed back, largely anonymously. 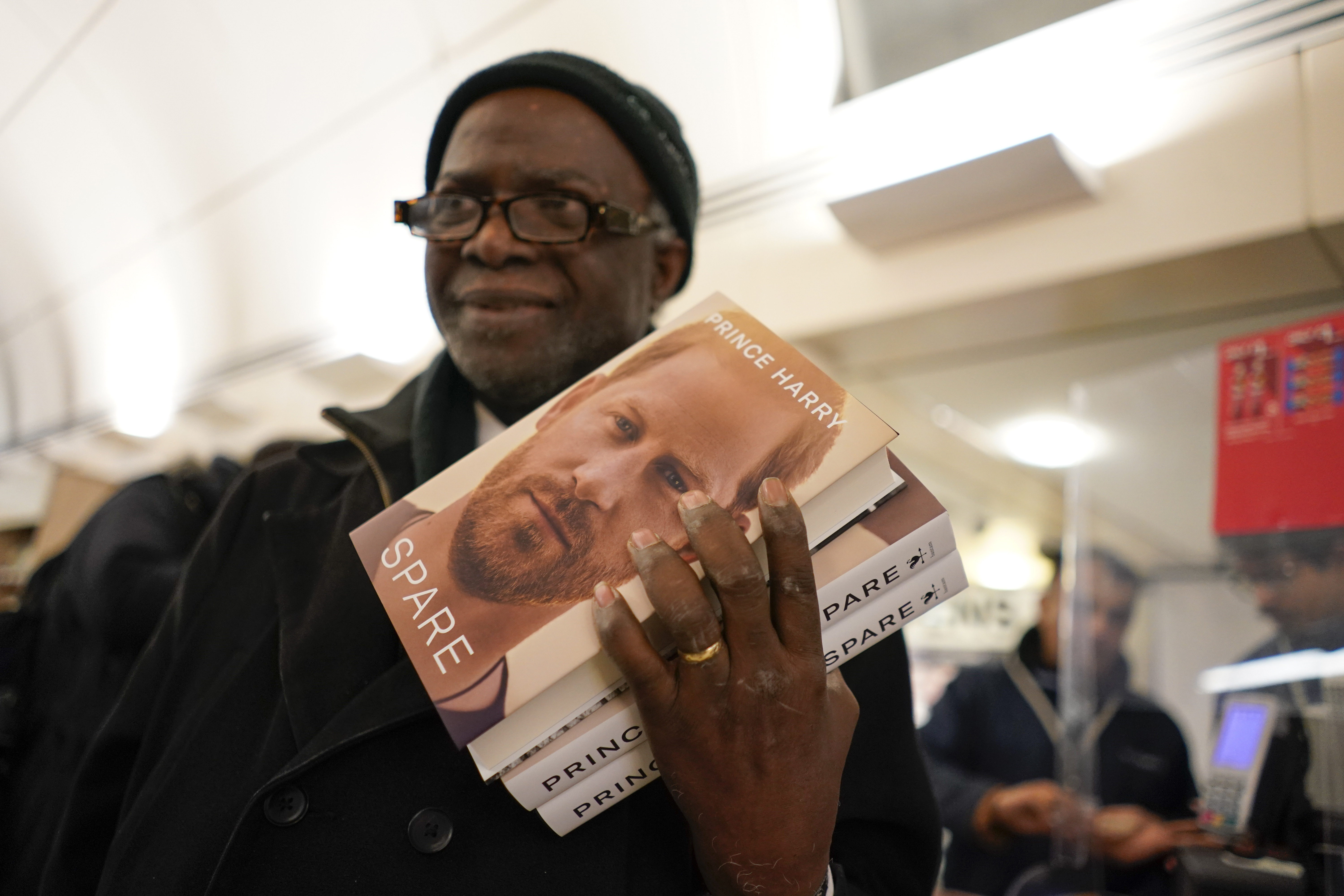 Harry's exposure of bitter divides inside the House of Windsor — alongside details of his mental health struggles, experiences with sex and drugs and decade-long military career — has generated reams of media coverage.

The book is already the top-selling book on Amazon's UK site, which like many big retailers is offering it half price, and is expected to be one of the year's biggest sellers.

John Cotterill, non-fiction buyer at the Waterstones bookstore chain, told trade magazine The Bookseller that Spare was "one the biggest pre-order titles of the last decade for Waterstones." 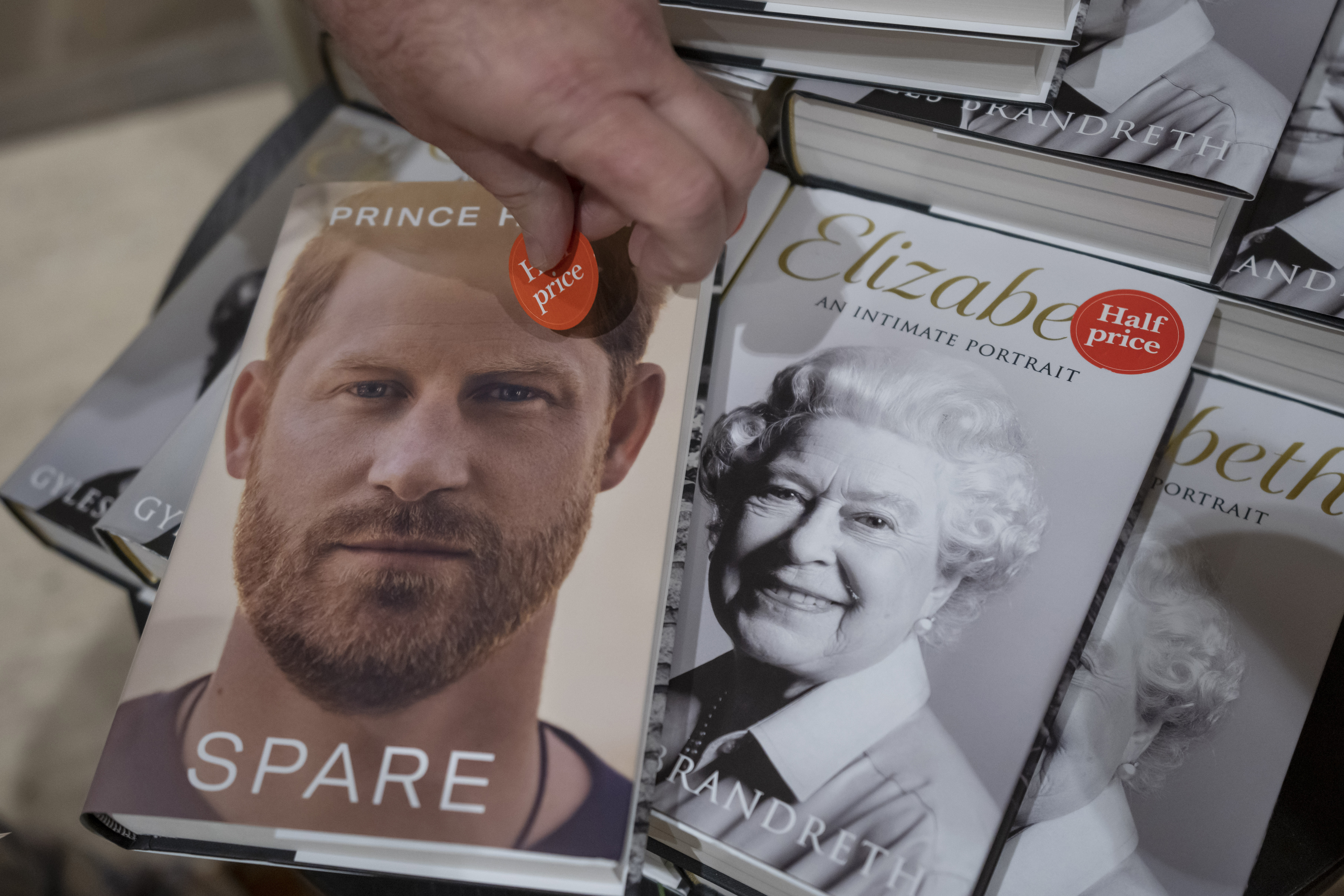 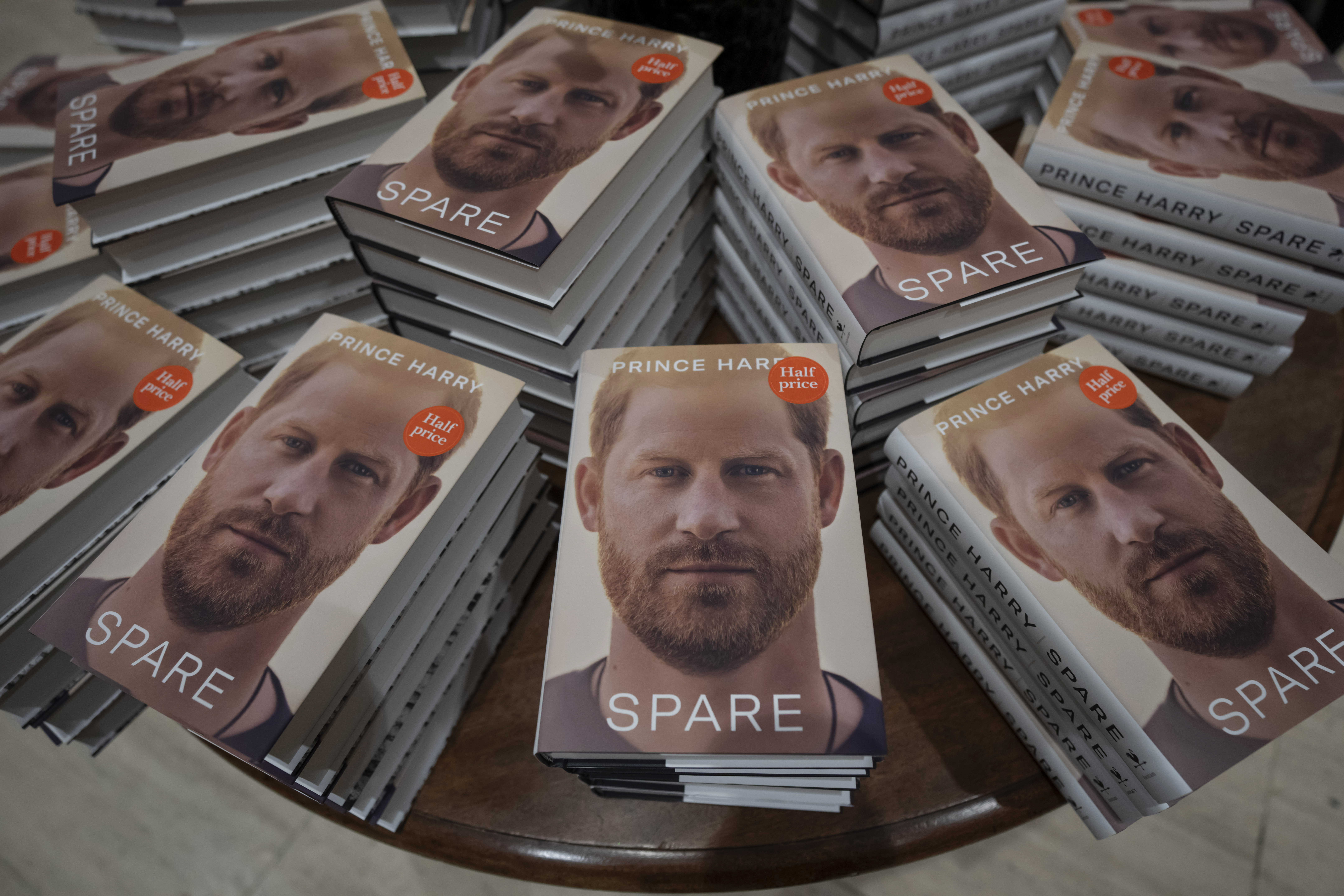 Excitement is far from universal, however. Harry's interview with broadcaster ITV drew 4.1 million viewers on Sunday — fewer than the 5.3 million who watched BBC drama Happy Valley at the same time.

Retail worker Caroline Lennon arrived at 6am Tuesday at a branch of Waterstones in central London to await its opening.

"I did expect a queue. Unfortunately, there's no queue. I'm just by myself," she said.

"I want to read (it) because I like the royal family and I don't care what anybody says," she said.

"People will criticise that. I don't care because I like the royal family, and I like Harry and Meghan."