Questions raised over rise in 'ghost candidates' in federal election

Where to find the cheapest fuel in Central Coast

Cold front set to sweep through south-east parts of Australia

Election candidates prioritise being seen as much as possible to give themselves the best chance of winning but that's not the case for one Sydney electorate, where the One Nation contender is nowhere to be seen.

The seat of Hughes covers part of the Sutherland shire and other suburbs in the city's south.

The One Nation candidate for the electorate, Narelle Seymour, hasn't been seen since the start of the election campaign.

"We haven't seen hide nor hair of her, we have no idea who Narelle Seymour is," independent candidate Linda Seymour said.

It's causing confusion for independent Seymour, who shares a surname with the One Nation candidate.

"Let's be clear, she's the other Seymour, I'm the real Seymour," she said.

The other Seymour may be on the ballot but she's spent no time campaigning in her electorate.

Another One Nation contender claimed Seymour is not a ghost but just doesn't have the "momentum" in her electorate.

"You can pinch her and she'll hurt yeah she's a real person, she just doesn't have momentum," the party's candidate for Cook, Gaye Cameron, said.

READ MORE: The problem with 'no refund on sale item' signs 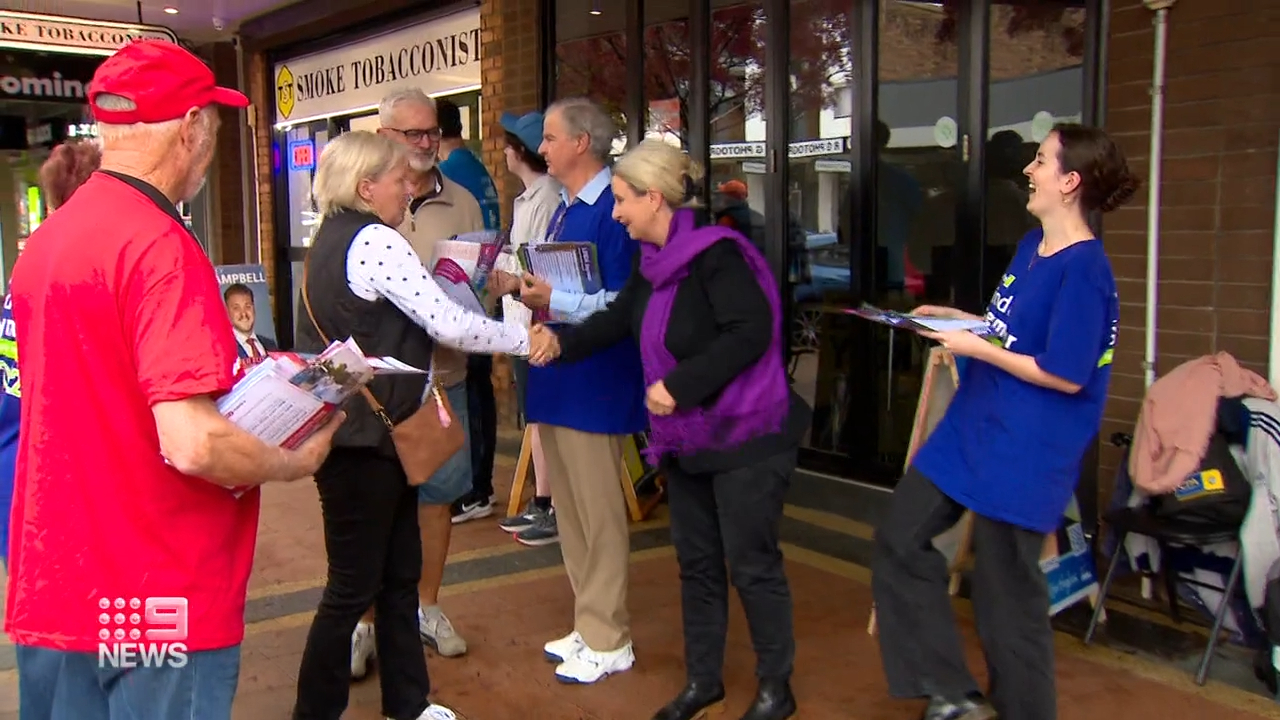 It has also been revealed Narelle Seymour doesn't live in the electorate but rather in Wagga Wagga, 450 kilometres away.

These ghost candidates are appearing in a number of electorates and 9News understands at least a dozen people running for the minor party live nowhere near the electorate they're contesting.

"It's happened before with other parties," Cameron said.

"The laws are there that you can put your name down."

The Australian Electoral Commission said there's no legal requirement for candidates to live in the electorate they're running in but most voters would reasonably expect a local to represent them.

"It may be legal but it is seriously unethical," Seymour said.

READ MORE: Putin's worst nightmare about to be two hours from his hometown

There is also speculation whether the candidates are in it for the taxpayer money, as Australian National University political analyst Mark Kenny pointed out the contenders can still be eligible for election funding.

"If they get four per cent of the first preference vote, they are eligible for election funding," Kenny said.